Bulleteer Customs is already known to have created memorable Royal Enfield customisations in India, and this modified Interceptor 650 seems to follow suit.

Royal Enfield had launched the much-awaited 650 Twins – the Continental GT 650 and Interceptor 650 in India last year. Ever since its launch, both the bikes have made quite the splash in the Indian market. However, there hasn't been an example of the 650cc bike being modified so far. As we know, Royal Enfield motorcycles are a fast favourite among customizers and modification shops across India. Now that they are slowly and steadily making their way to the international market, independent customizers are picking up this classic ageless product and giving making it look drool-worthy. 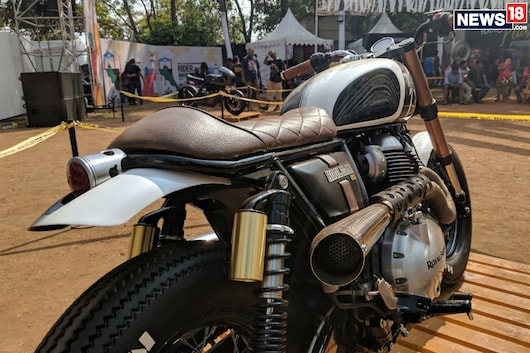 HOOLIGAN 650 walkaround ! This beasts got a Royal Enfield 535 piston for a speedometer housing and an RD 350 Piston machined into a tail light , both these legends of the past came to mind while creating this Custom 650 twin so just had to incorporate them in the build , and to do justice to the HOOLIGAN theme we've added a knuckle duster to the front brake lever just in case a brawl breaks out ! @royalenfield @interceptortwin @adityamalaker @adrian_sellers @royalenfield_650 @royalenfield_twins

Enter Bulleteer Customs! This modification house has created a scrambler styled bike based on the Royal Enfield Interceptor 650, which to put it plainly, looks drop dead gorgeous. Bulleteer Customs is already known to have created memorable Royal Enfield customisations in India, and this modded Interceptor 650 seems to follow suit. It has been named 'Hooligan' by the modification house, and there couldn't be a more appropriate name for the modified bike. Interestingly, there's even a knuckle duster attached to the front brake lever! How cool is that?

When it comes to looks, the bike takes the look of a typical scrambler with thick-walled tyres, mid-mounted exhaust pipe and a minimalistic design overall. The front gets gold-finished USD forks with a short fender and a new disk brake unit. There's also a new headlight which is completely LED and the all-digital instrument console. The tail light is housed in a piston which belongs to the legendary Yamaha RD 350. 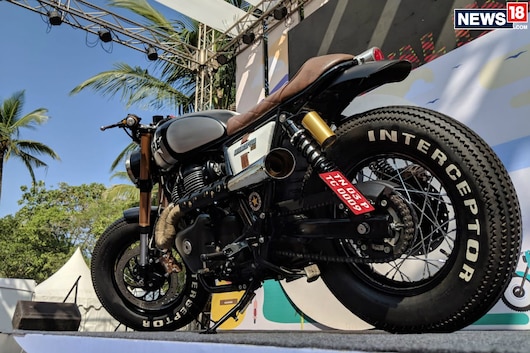 There's a new seat as well which has a tan shade and is a single piece unit. The paint job is also done tastefully with the white and black combination and tank with vertical stripes also look dapper. What really takes the looks to another level is the twin-scrambler-styled exhaust pipes.

The Royal Enfield 650 Twins are powered by the biggest and most powerful engine built by the Indian motorcycle manufacturer after becoming an Indian brand. The 648 cc engine is capable to produce 47 horsepower and 52 Nm of torque and is mated to a 6-speed gearbox. The duo is said to have a mileage of 25.5 kmpl as per World Motorcycle Test Cycle (WMTC).