Indian Air Force Mirage-2000: All You Need to Know About the Fighter Jet Used for Surgical Strikes 2.0

Here’s all you need to know about the French-made Dassault Mirage-2000 fighter jets used by IAF for strike on PoK.

In the early hours of Tuesday, 12 Indian Air Force Mirage-2000 fighter jets, made by Dassault Aviation, the French company who also manufactures the Rafale Medium Multi-Role Combat Aircrafts, entered Pakistani airspace and dropped 1,000-kg laser-guided bombs on Jaish-e-Mohammed terror launch pads across the Line of Control. While India has many new-age fighter jets like the Sukhoi Su-30MKI and MiG 29, apart from the indigenously developed Tejas LCA in its arsenal, it was again the Mirage-2000 jet, which was used in the Kargil war, that was used for the unprecedented cross-border strike. Indian government sources told CNN-News18 that there were over 200 casualties in the strike, which targeted the biggest JeM hideout in Balakot in a counter-terrorism operation. Here’s all you need to know about this Dassault Mirage-2000 fighter jet! 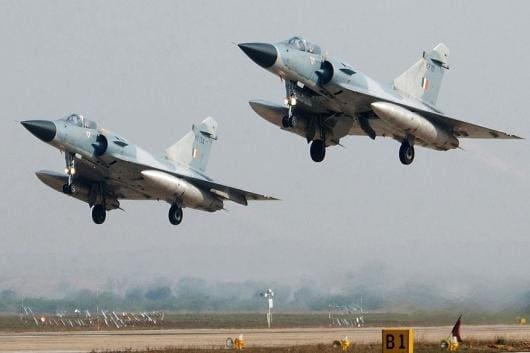 Not only is the Mirage-2000 a trusted partner in India's previous success in Kargil, it is also immensely capable to carry out Surgical Strikes and attacks whenever possible, thanks to its load-carrying capacity, precision, Laser Guided Bombs and latest technology updates!