The Indian Chieftain Dark Horse costs almost Rs 29 lakh but there is more to it than what meets the eye.

An American bagger cruiser, an open highway and pleasant weather that keeps you company throughout the journey. Some good old country music playing alongside the modest rumble of your motorcycle for hours and hours. That’s a cruiser motorcycle enthusiast’s wet dream and the reality often takes shape in the form of a motorcycle like the Indian Chieftain Dark Horse.

There are seldom such motorcycles that turn heads like the ones made by the American motorcycle maker Indian, and the Chieftain Dark Horse keeps the legacy alive. But given the price tag that it comes with, it needs to deliver on a lot of expectations. How does it fare? Let’s find out.

Watch the video below:

The Indian Chieftain Dark Horse is, like we said, a head turner. Wherever you go, people take notice and one of the reasons for that is the sheer size of the motorcycle. It is almost 8.5 feet long and overall, the motorcycle has a presence of road that will make most motorcycles or even SUVs shy. 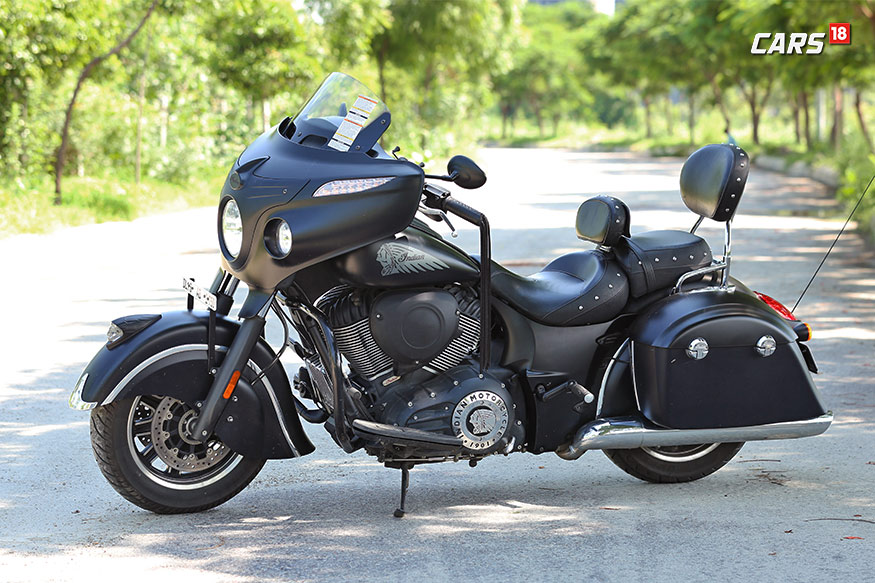 There is a generous use of chrome on it, like on the front fender and the exhausts but it is the beautiful matte black paint finish that dominates – giving it the stand out factor among a large number of chrome-filled cruisers out there. The star attraction, though, is the front fairing which takes design inspiration from the locomotives of the 1950s. The touch of history goes on with the illuminated headdress at the front fender which has been on almost every Indian motorcycle since 1947. The remote lockable hard saddlebags give it a modern touch and when you look at it from the back, the rear fender and the saddlebags flow towards the exhaust pipes which looks exceptionally good.

Everything about the Chieftain Dark Horse shows the intricate attention to detail that the bike has got from the designers over at Indian motorcycles, like the Indian Motorcycles logo which is placed all over the bike and the chrome finished radiator grille which is seriously cool.

In short, the motorcycle is definitely a looker and no matter where you park it, it will make for some fantastic photos. Indian Chieftain Dark Horse from the back. (Photo: Siddharth Safaya/News18.com)

The best part about the bike has to be the 1811cc engine that comes on board – called the Thunder Stroke 111. It develops about 73 horsepower and a mammoth 138.9 Nm of torque. While the numbers are good, yes, but it’s the level of refinement that will make you fall in love with the engine, which will happen in about 200 meters of riding the bike. There are almost no vibrations whatsoever at any speed and at any RPM.

There’s enough grunt to pull you through no matter which gear you are in. Speaking of which, the 6-speed gearbox feels a bit clunky to use but slots in without giving any trouble which meant we didn’t have a single shift miss or a false neutral while riding the Indian.

The riding characteristics of the motorcycle go completely against its size and weight – which is a nerve wrecking 362 kilos (dry). The bike feels very nimble and agile to ride and is planted at corners. As for the riding position, there are footboards to keep your feet comfortable and the low seat height of 660 mm means even short riders can ride plant their feet properly.

And let’s not forget, the long list of features that it comes with. There is a 100-watt audio system to keep you company during those long rides and the electronically adjustable wind deflector is a blessing in disguise. On top of all of this, there’s cruise control and the instrument console displays pretty much everything you need to know. It also comes with Bluetooth compatibility for your phone and will also catch on to AM and FM radio stations as well through the antenna at the back. And yes, there’s the safety net of ABS as well. Indian Chieftain Dark Horse from the side. (Photo: Siddharth Safaya/News18.com)

Being the kind of motorcycle that the Indian Chieftain Dark Horse is, there are some traits that come with it which may not suit every riding scenario. Like, the size and the weight of the motorcycle help to make it feel planted at highway and highway rides but when it comes to riding it city traffic, then it makes it a hassle. And yes, the heat from the 1811cc engine can get a bit uncomfortable if you are stuck in a jam. But then again, it is meant for the highways and not the streets.

The other department where we were left wanting for more is the brakes. It gets dual 300mm discs at the front and a 300mm disc at the back which have enough bite to bring to a halt in short distance. But, the brakes lack feedback and it is something that takes getting used to. Also, The 142 mm ground clearance of the bike requires the riders to be considerate over speed bumps. 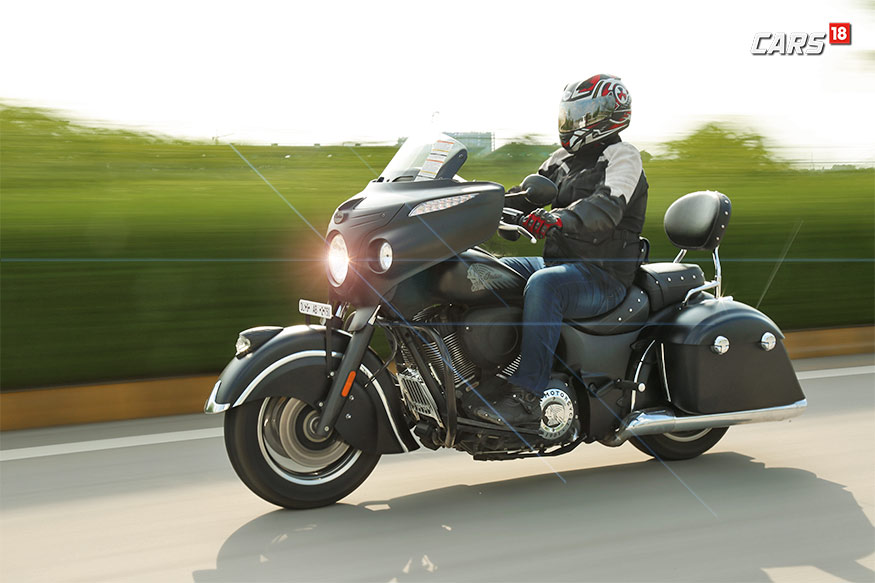 So at the end of the day, the Indian Chieftain Dark Horse is an absolutely wonderful machine that you won’t think twice before riding for a thousand kilometers and is more than enough for those who are looking for a cruiser with a touch of luxury. But bikes like these often come at a hefty price tag and this one is no different with a price tag of Rs 28.99 lakh (ex-showroom).

But then, those who are into the sort of luxury motorcycling will find it to be a great motorcycle and for those of you who are thinking that you can have a house in this amount of money – remember, you can buy a house but can’t ride in it can you?