Priced at Rs 12.8 lakh onwards, it is your typical cruiser that loves to rev within a classic styled body.

The Indian brand has been making motorcycles since over a 100 years and one of the most popular bikes they ever built was the Scout, which started production in the 1920s and went on to build a glorious history for itself. This nametag holds major significance, but the big question is whether their latest Scout lives up to its iconic heritage? We took the bike for a ride and here's what we found.

The Scout is powered by 1133 cc liquid cooled V-Twin engine. Yes, you read that right - liquid-cooled. It is the first Indian motorcycle to have this feature and boy were we glad it does. During our ride, the engine temperature indicated had crossed over 105-degree celsius and we don't even want to think what would have happened if the engine was merely air-cooled. 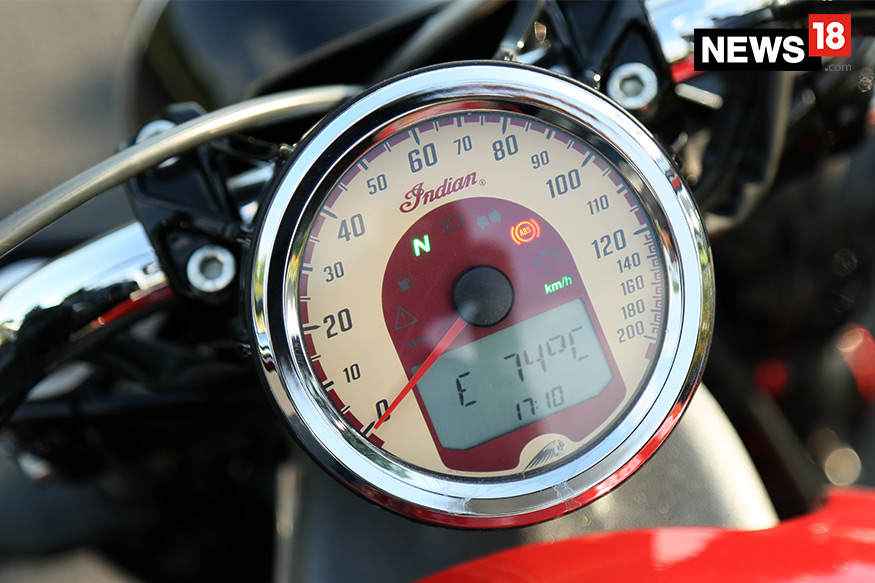 The instrument cluster on the Indian Scout. (Photo: Siddharth Safaya/News18.com)

In terms of power output, it delivers a sweet 100 horsepower and 97 Nm of torque, wherein the peak torque is delivered at 5900 RPM. The engine is an absolute delight and will leave you absolutely awe-struck by how responsive it is. The Indian Scout from the back. (Photo: Siddharth Safaya/News18.com)

The styling too is absolutely bang-on, as the bike looks like the next step of the long line of Scouts that have hit the roads in all these years. It's long, low and sports all the chrome you could ask for. Touches like the black bezel headlamp with a chrome outline look exactly as how the classic Scouts had. The blacked out wheels really make the bike stand out with its bright paint job.

The riding position is extremely comfortable with the tan leather seat providing great support to the rider's back. The rear seat, though, like the one on our test bike, is an accessory. The handlebar sweeps back to the rider very nicely and the footpeg positioning is relaxing. We were a little concerned though that fitting a single 298 mm front disc brake might not be enough for a 100 horsepower motorcycle but the brakes responded brilliantly. They had the bite to bring the Scout to a halt in a short distance along with proper feedback, both from the brakes and the lever.

The bike weighs around 250 kilos (dry), so it's not a light motorcycle, but the chassis and the weight distribution will make you feel as if the Scout weighed more like 200 kilos. The designers over at Indian Motorcycles knew what they were doing, as they fitted a humongous front tyre, which looks so good, but also took care of the rake angle (29-degrees) making the bike quick and agile. Also, keep in mind that the peak torque delivery sits a little higher in the RPM range, so you have to work the engine a little bit for those quick sprints. We are not saying it is a good thing or a bad thing, but it's rather a trait of the bike and those accustomed to certain riding styles - like the habitual engine luggers, may take some time getting used to it.

What we weren't impressed with was the front suspension as it was a little soft for traditional city roads, and was working overtime to get over all the bumps and potholes that came its way.

Just like most Indian Motorcycles, the Scout compete mainly with the Harley-Davidsons like the Forty-Eight and their recently launched Sportster 1200. Both of these Harleys may have more engine cubic capacity and cost lower, but have lesser power and torque output. 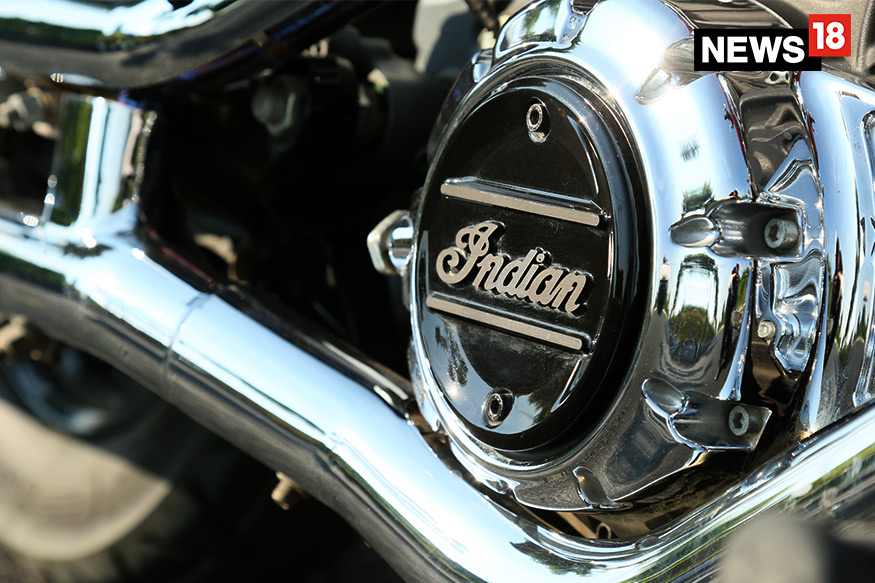 The Indian Scout is powered by an 1133 cc engine. (Photo: Siddharth Safaya/News18.com)

The Indian Scout is one of the most affordable offerings in the Indian Motorcycles line up at a starting price tag of Rs 12.8 lakh (ex-showroom, Delhi) and makes perfect sense for those who are riding their first Indian Motorcycle and looking to step up to the big league cruisers like the Chieftain or the Roadmaster.

We had the bike for a relatively short time and couldn't test it to the core, but we were left impressed.

At the end of the day, The Scout's purpose is not clocking hundreds of kilometres on the highway in a single day, nor is it meant to go to work on every day. What it is, is a rider's motorcycle. Those who are looking to own a piece of (good-looking) history in their garage and want a riding experience that comes with bucket loads of smiles, then the Scout is worth a look.