Here’s how the Indian Air Force Mirage-2000 and Pakistan Air Force F-16 Fighting Falcon stack against each other?

Indian government sources told CNN-News18 that there were over 200 casualties in the strike, which targeted the biggest JeM hideout in Balakot in a counter-terrorism operation. On Wednesday, there were reports that Pakistan Air Force has deployed its F-16 Falcon fighter jets, made by U.S. based Lockheed Martin. As a matter of fact India placed an order of 40 Mirage-2000 in 1982 as an answer to Pakistan buying F-16 fighter jets.

Here’s how the Indian Air Force Mirage-2000 and Pakistan Air Force F-16 Fighting Falcon stack against each other? 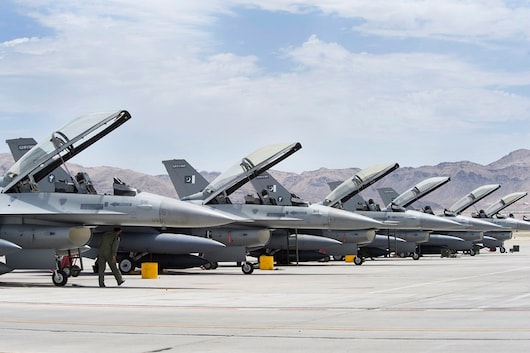 Mirage-2000: The Mirage-2000 is undoubtedly one of the Indian Air Force's (IAF) most versatile and deadliest aircraft and it was first commissioned in 1985. Soon after inducting the Mirage, IAF gave it the name – Vajra – meaning lightening thunderbolt in Sanskrit. The Mirage-2000 is developed by Dassault Aviation and took its first flight in 1978 and was inducted in the French Air Force in 1984. The Mirage-2000 played a decisive role in the 1999 war of Kargil and seeing the success of the jets, the government in India placed an additional order of 10 Mirage-2000 planes in 2004, taking the total tally to 50 jets. Dassault built an estimated 580 Mirage-2000s over a course of 30 years before replacing it with the Rafael MMC jets.

F-16 Fighting Falcon: The F-16 which is also called Fighting Falcon or Viper is known for its agility and is an after-product of Vietnam and Korean wars. The F-16 is a brainchild of Colonel John Boyd, who along with mathematician Thomas Christie and other innovators secured the U.S. DOD funding for General Dynamics and Northrop to design a lightweight agile aircraft. The result, as we know, is the F-16 fighter jet, which is now manufactured by Lockheed Martin, who bought the business from GD. The Pakistan Air Force took deliveries of the F-16 in early 80s and used them extensively during Soviet-Afghan war. PAF uses the F-16C/D variants of this multirole combat aircrafts. 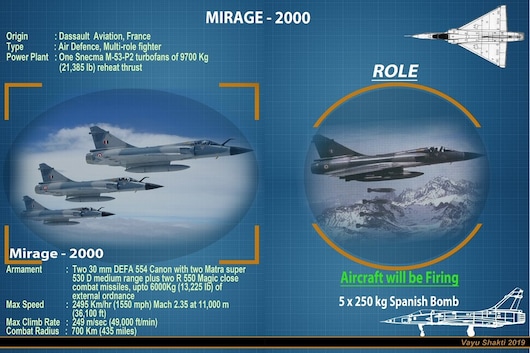 F-16 Fighting Falcon: The F-16 Falcon is available in both single-seat and double seat configuration (C/D) and is a single engine aircraft. The fighter jet came into limelight when it became the first aircraft to pull 9-g manoeuvres, reaching a maximum speed over Mach 2. It has maximum high speed of 2120 kmph, a length of 15.06 metre and a wingspan of 9.96 metre. The plane weighs 8570 kg (dry) and has a maximum takeoff weight of 19200 kg. The Falcon uses a Pratt & Whitney F110-PW-220E engine, which is an upgraded version of Pratt & Whitney F100-PW-200 engines with which the F-16 C/D were initially powered.

The F-16 offered many innovations like the frameless bubble canopy for better visibility, side-mounted control stick and reclined seat to reduce g-force effects on the pilot. The F-16 can carry rockets, air-to-air missiles, air-to-surface missiles and air-to-ship missiles along with a wide variety of bombs and also has a radar on-board. 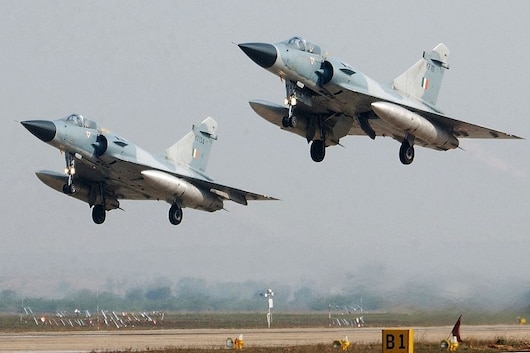 Apart from India, Dassault sold the Mirage 2000 to 8 other countries, including the home country of France, Egypt, UAE, Peru, Taiwan, Peru, Greece and Brazil. While Brazil has retired the Mirage 2000, other counties are still using this jet. A total of 583 Mirage 2000 fighter jets were built over a course of 30 years and its successor Rafael has already been ordered by the IAF.

The F-16 Fighting Falcon is the world's most numerous fixed-wing aircraft in military service and a total of 4,500 aircraft have been manufactured till now. Pakistan Air Force is using an estimated 75 F-16s along with 25 other countries, including NATO members like Turkey, Belgium, Norway and United States, with the USAF being the biggest user of the F-16 Fighter Falcon. While the Mirage-2000 is both faster and lighter, F-16 can outpower the former in the air-to-air combat, thanks to better agility and better weapon carrying capacity. The popular all-weather multirole aircraft also has a better visibility (near 360 degrees) than many of its direct competitors. However, the Mirage-2000 can carry laser guided bombs a reason why the Indian Air Force used it for the recent strike on the Jaish terror network in PoK. Also, the Indian Air Force is better equipped with more advanced fighter jets than the Pakistan Air Force like the Sukhoi Su-30 MKI and Mikoyan MiG-29.