The Kia Seltos comes with a seven-inch colour display for the driver, segment-first Sound Mood lights and a Smart Pure Air purifier that the company claims to be the world's first.

Ahead of its official launch in August, Kia has now unveiled the interiors of the Seltos SUV. It comes with a seven-inch colour display for the driver, India and segment-first Sound Mood lights and a Smart Pure Air purifier that the company claims to be the world's first. In addition to this, the driver also gets an eight-inch head-up display as well.

The Kia Seltos will be available in two trims - GT line, catering to performance enthusiasts and Tech line that is aimed at families. The Seltos will be BSVI compliant right from its launch. Under the hood, it hosts the 3rd generation Smartstream engine that comes in three variants: 1.5 Petrol, 1.5 Diesel and the first in segment 1.4 Turbo Petrol. The engines will be mated to 3 automatic transmission options – 7DCT, IVT, and 6 AT along with 6 speed Manual Transmission, thereby giving a range of engine and gearbox options to consumers that suit their needs and driving style.

The Seltos gets 3 driving – Sports, Normal and Eco which alters the response from the engine and changes the steering wheel feel and weight. The vehicle also sports 3 traction modes – Mud, Snow/Wet and Sand, for a greater grip and control on all surfaces. The Seltos sports a stylish design with its signature tiger-nose grille along with LED headlamps and DRLs, giving the compact SUV a bold look. At the back, the company has also given a metallic muffler effect to the rear bumper. The Kia Seltos also sports a contrast roof, slim LED fog lamps, pull-type door handles and a chrome strip on the A-pillar. The Seltos can also be seen with a chrome-finished window line that rises sharply towards the rear. The car will boast of prominent roof rails and a heavier chrome bar as well. The production version remains largely similar to the SP Signature concept as we first saw during the 2018 Auto Expo. 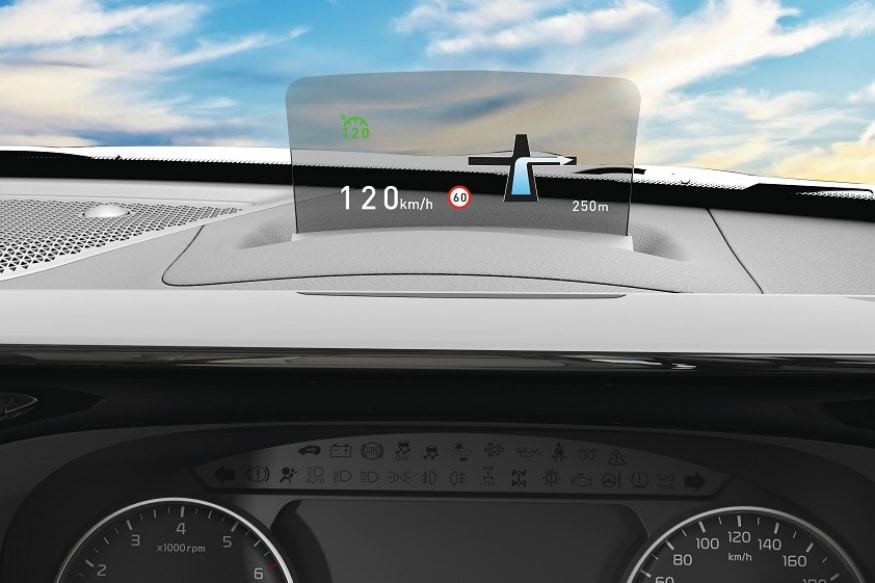 The Seltos gets an air purifier. (Image source: Kia)

On the safety front, the Seltos gets six airbags, ABS with EBD, ESC, HAC, VSM with high usage of advanced high strength steel (AHSS) that fortifies the Seltos’s core and keeps the occupants safe in an event of a crash. The car also sports front and rear parking sensors and blind view monitor as well. Working in tandem with the safety tech, the Seltos comes equipped with an array of advanced UVO connected car technology features. The car is fitted with an Anti-lock Braking System (ABS), a Traction Control System, a Brake-Assist System and Hill-start Assist Control, as well as front and rear parking sensors, sensing wipers and auto headlamps.