The Sikorsky S-76, a popular business helicopter is manufactured by Lockheed Martin, known for manufacturing fighter jets like F-16 and F-35 among others.

NBA legend Kobe Bryant fondly called ‘The Black Mamba’ died in a helicopter crash with his daughter and three other passengers on-board. All passengers were reported dead after the helicopter he was travelling burst into flames in foggy conditions in suburban Los Angeles. Bryant was a five-time NBA champion in a career that began in 1996 and lasted until his retirement in 2016. He also was a two-time Olympic gold medallist.

The helicopter he and his daughter were travelling was described as a Sikorsky S-76, a popular business helicopter manufactured by Lockheed Martin, the same aero-defence firm that manufactures fighter jets like F-16 and F-35 among others. 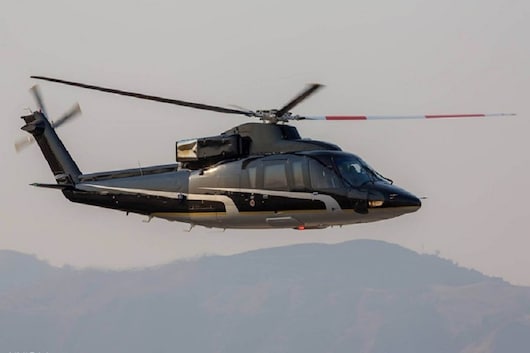 Kobe was fond of travelling in this helicopter and had explained that he favoured helicopter travel in LA to avoid the city's notorious traffic jams. He was long using this helicopter that was built in 1991 by Stratford, Connecticut-based Sikorsky Aircraft, which was sold to Lockheed Martin in 2015.

The helicopter is said to be the safest in the business. Of the 12 helicopter models assessed by the Los Angeles Times in 2018, the Sikorsky S-76 had the second-lowest rate of fatal accidents per 100,000 flight hours at 0.22. Only the Airbus 130 was safer.

The Sikorsky S-76 is part of the S-76 series and was initially crafted to service the oil and gas industry people travelling to offshore rigs and back. The helicopter later became a popular choice for corporate executives and VIPs. Many politicians and celebrities, including US president Donald Trump and members of the British royal family use this helicopter.

The helicopter was powered by two engines made by aerospace manufacturer Pratt & Whitney. Sikorsky had sold 103 units of the S-76B till now. The helicopter Kobe used was "wrapped in a gray-and-black paint scheme with his Mamba emblem on the side," the Times reported.

The helicopter was often compared to a Cadillac or a limousine for its comfortable interior. Although rated among the safest choppers, there have been two other fatal crashes involving the Lockheed Martin S-76B in the recent years. A medical helicopter crashed in Canada in 2013 killing four people on board while in 2017 a crash in Turkey resulted in the deaths of seven people.