Koenigsegg Delivers Last Agera RS, Only 25 Units Were Ever Produced

As with the One:1 program, the last of the 25 units of Agera RS built has now also been sold and delivered to a long term Koenigsegg collector.

Koenigsegg, the Swedish hypercar manufacturer who is known to produce some of the most outlandish cars on the roll today, has rolled out its last Agera RS off the Koenigsegg production line. The Agera RS has become an icon, as it leaves the production line as the owner of five world speed records, a car offering both performance and usability.

As with the One:1 program, there was a factory Agera RS built, which has now also been sold and delivered to an esteemed long term Koenigsegg collector now that the RS program is complete. Only 25 cars were commissioned and this was the last unit.

In addition, and as previously reported, a replacement car for the damaged Agera RS ‘Gryphon’ has been built. This was the final RS to roll off our production line, just days ago. 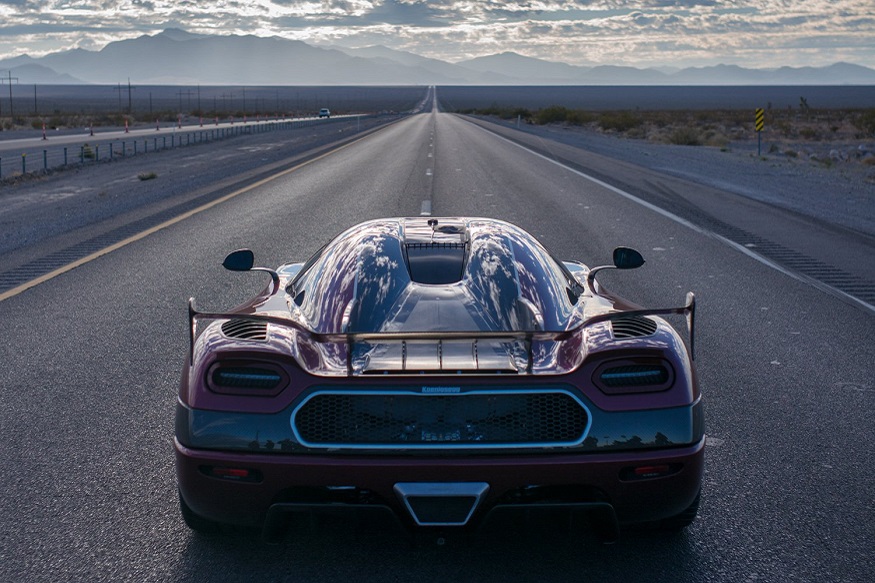 The Koenigsegg Agera RS on Route 160 in Nevada before setting a new top speed record - 277.9mph - for a production car. (Image: Koenigsegg)

With the RS series complete, the Agera line has two more cars to be built and delivered – two Final Edition vehicles. The Final Edition series debuted at the 2016 Geneva Motor Show with the appearance of the One of One. The two super-bespoke Final Editions nearing the end of production right now will complete that series of three vehicles – and the Agera line of vehicles as a whole.

The focus of Koenigsegg now shifts 100% to the Regeras that have been filling up the production line for the last few months and several have already been finished.

The Agera RS recently broke the Bugatti Chiron record as Agera RS took 26.88 seconds to accelerate to 400 km/h over a distance of 1,958 meters. Deceleration took 9.56 seconds over 483 meters. The total distance used for 0-400-0 was 2,441 meters. The entire run saw a speed of 403 km/h attained before deceleration began.

The hypercar features a 1MW engine upgrade, providing 1,360hp and 1,371Nm of torque. The car is equipped with Koenigsegg’s optional and removable roll-cage. The car also had the industrial tape over various surfaces to protect them from debris.

Previously, it was the Koenigsegg Agera R that became the first car to break the then established speed record by Bugatti Veyron!