When launched in the Indian market, the KTM 390 Adventure will directly stack against the BMW G310 GS. 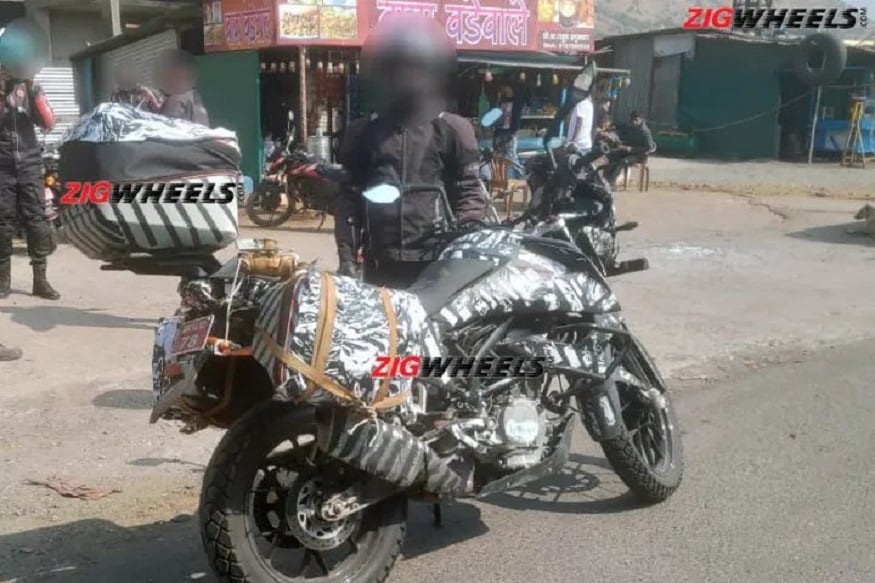 The bike is expected to get split style design with LED headlights, LED blinkers and LED tail light. The ADV will be built around trellis frame with a bolted sub-frame. As said by KTM India earlier, “The model (KTM 390 Adventure) will usher in the Adventure range of motorcycles from KTM in addition to the existing Streetfighter Dukes and Supersport RC”. KTM also said that the 390 Adventure will take inspiration from their Dakar legacy. The Dakar rally is one of the toughest rallies in the world and is seen as a proving ground for all manufacturers. KTM has stood undefeated at this rally since 2001. And the design inspiration, on the other hand, will also be taken from the flagship 1290 Super Adventure.

The bike is expected to be powered by the 373.3cc engine as seen on the 390 Duke that produces 43.5 hp of power at 9,500 RPM and 35 Nm of peak torque at 7,250 rpm. The 390 Adventure is expected to get a specially tuned engine for better low range power. The engine will be mated to 6-speed gearbox. When launched in the India market, the bike will directly stack against the BMW G310 GS.