Maruti Suzuki will launch a host of new cars very soon so you may not want to finalise on your next purchase just yet.

The chances of not considering a Maruti Suzuki while looking for a car in the sub-Rs 10 lakh segment are rare and there’s a good reason for that. Maruti Suzuki has one of the widest dealership and service networks across India and availability of spare parts is usually not a concern.

The company has several offerings in this price bracket and they have not shied from launching more cars with even more variants. This year itself, the company has launched three models within the first five months of the year. The launches include – The Maruti Suzuki Ignis, the Baleno RS and the Maruti Suzuki Swift DZire.

That’s not it, though, as there’s more yet to come by Maruti Suzuki. Here’s a list of all the expected upcoming launches.

Let’s start with arguably the most exciting model on this list – the new Swift(pictured above).

It is based on the same platform as the Baleno, called Heartect, which helps in reducing the weight of the car significantly. The new Swift is expected to get a longer wheelbase which would mean better leg room for rear seat passengers, a larger boot and could come with ABS, dual airbags and ISOFIX child seat mounts as standard across all variants.

The cabin could get a new layout with sharper lines and the touchscreen infotainment system, a seen on the Baleno and the Ignis.

Although, when it comes to the engine, it could continue to use the same 1.2-litre petrol and 1.3-litre diesel mills albeit with a better state of tune and available with an option of AMT transmission across a wide range of variants.

Interestingly, though, the new Swift is expected to be targeted at a premium audience and hence it is said that it might be priced around Rs 50,000-Rs 1 Lakh more expensive than the Baleno. The Brezza has been nothing short of a hit for Maruti Suzuki along with being the automaker’s ticket to dominating the compact SUV segment. There’s good reason for that too, as the car came with ample features on board along with practicality and good built quality. All of which makes it a good value for money offering.

If there was the lack of anything then it has to be the absence of a petrol engine powered variant, which Maruti Suzuki could roll out this year. Currently powered by the 1.3-litre diesel engine, the petrol variant could most probably be the 1.2-litre engine that’s already powering a host of Maruti Suzuki cars.

What this would mean is that Maruti Suzuki would be able to offer the petrol-powered Brezza almost Rs 1 lakh cheaper than the diesel variant, which would lead to an even higher demand and accessibility for consumers on a budget. Also, it could get the AMT transmission as an option. 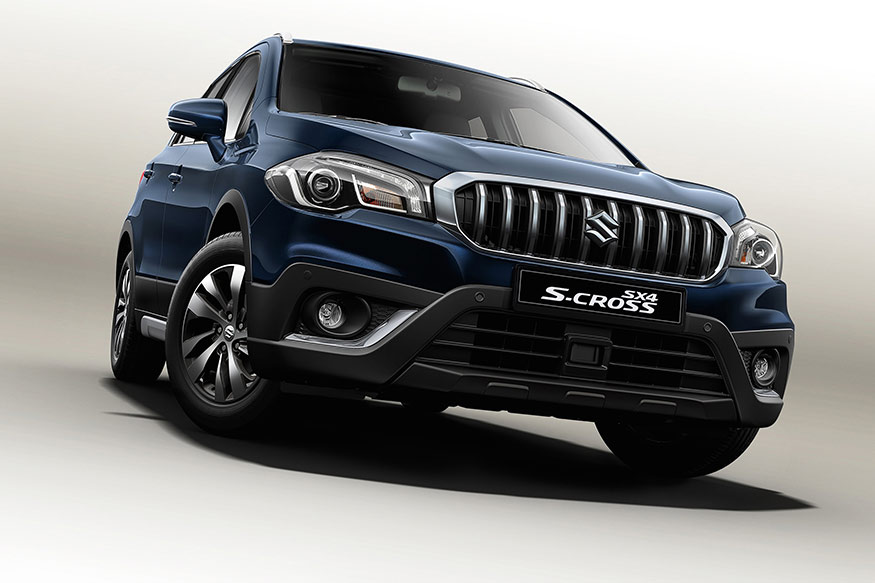 It’s not every day that you get to say that a particular Maruti Suzuki offering couldn’t really get the response from the market that, pretty much by default, is expected by all Maruti Suzukis. In this case, it has to be the S-Cross. But there’s a new, more improved, S-Cross being sold internationally and it is set to make its way to India soon.

The new S-Cross will get a new, bolder front-end design thanks to a new grille, new projector headlamps with LED daytime running lights and a revised bumper design. It also gets beefier roof rails for that rugged look along with restyled tail lights.

Not much can be said about the interiors as of now, but a mild update is expected here as well. In terms of price, it could cost marginally more than the current S-Cross.

The S-Cross has received a lukewarm response from the market, ever since it was launched. There were a number of factors that were responsible for it not doing well, however, the new facelift aims to inject a fresh lease of life to the S-Cross. There’s not a lot to confirm, officially, as to when Maruti Suzuki would launch the Ciaz facelift in India. But given the long list of expected cars that are set to come out of the Indian automaker’s stable and the list of cars that the company has launched in the last couple of years – add to that the recent onslaught of facelifted rivals that the Ciaz competes with, like the Rapid and the Honda City – we wouldn’t write off the Ciaz facelift just yet. And even more so, the Ciaz has shifted base to the Nexa line up of cars and could use a bit more than just a new colour option.

Watch this space for updates.