We pit the Maruti Suzuki Dzire against the Tata Tigor to find out whether it is a battle of David vs Goliath or does the result turn out to be as everyone expected?

The sub-4 metre compact sedan segment in India has never been this exciting with a slew of cars entering this segment in the past decade. But here’s the thing, the go-to car and the segment leader has almost always been the Maruti Suzuki Dzire (it no longer has the Swift in its name). Many cars came and tried to compete, but none came close to the Dzire in terms of popularity. But then, Tata Motors came out with the Tigor and the unique shape of the car helped it turn heads wherever it went. Even between all the Dzires on the road.

Interestingly, Tata Motors was the company that gave birth to the sub-4 metre compact sedan segment in India with the eCS which was then followed by the Zest. But none of those cars was as promising as the Tigor. So, Tata Motors have undoubtedly returned to the segment with all guns blazing, but is it something that the Dzire should be worried about? We find out.

Watch the video review below:

Let’s start with the looks of these two cars. While both of these two cars are based on their hatchback siblings, the Maruti Suzuki Dzire manages to give a more refreshed feel, simply because it’s based on the new Swift and that car isn’t in India yet. The Dzire manages to shed the image of a boot slapped onto the back of a hatchback and looks rather premium. The LED headlamps with DRLs, LED tail lights and that bold front chrome grille give the new Dzire a presence unlike ever before. In simple words, it looks more of a short sedan than an extended hatchback. 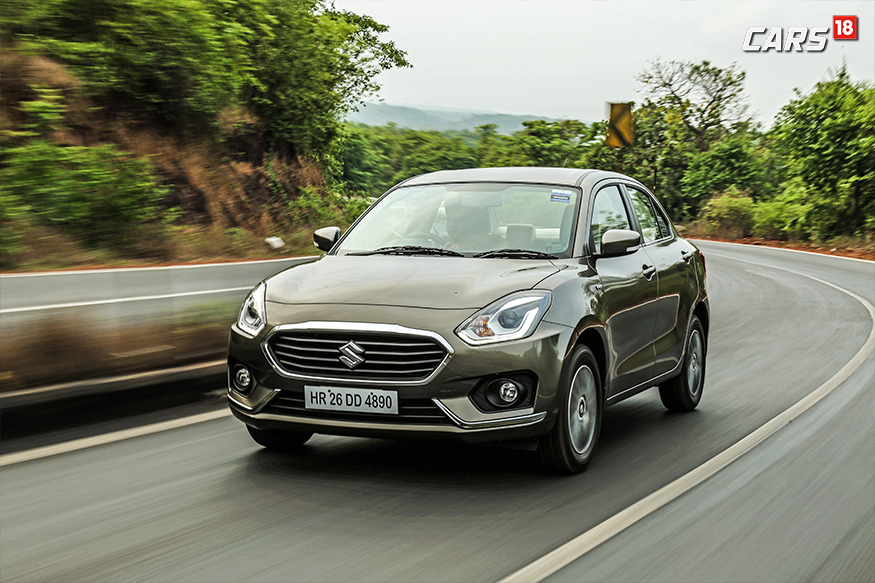 In terms of cabin space, when you are seated at the back of the Maruti Suzuki Dzire, you realise that the cabin feels much airier. That's because the shades of colours used inside the cabin are of a lighter shade, which also give it a premium feel. Other than that, those who are seated at the back have enough knee-room shoulder room and headroom on offer as well.

When it comes to the Tata Tigor, well, it is as refreshing as it gets. Since it is based on the Tiago hatchback, the front-end has a familiar face but it comes with smoked headlamps. What’s really different, though, is when you look at the side profile of the car and even more so, when you look at it from the back. The roofline connects seamlessly to the boot lid giving it a coupe-like look. The Tata Tigor, then, is no less in any way when it comes to having a bold road presence. When you are seated at the back of the Tata Tigor, the roominess comes not from the shades of colours used but because of the large glass panel next to you. Other than that, in terms of space, you have more legroom and headroom on offer but the shoulder room is a bit of a squeeze.

And the reason for that is that the Maruti Suzuki DZire is longer as well as wider than the Tigor in terms of dimensions. But, the Tigor is taller and has a higher ground clearance as well. What this means is that inside the DZire you have a seating position which is reminiscent of a full-sized sedan as you are seated lower down inside the cabin. The Tata Tigor, on the other hand, has a high seated position thanks to all the height it has and gives a more commanding driving position.

In terms of interiors, the quality of materials used inside the Tigor and the fit and finish of it is actually quite good. There’s ample compartment spaces and there is a touchscreen infotainment system on offer as well as a rear parking camera. The infotainment system comes with an 8-speaker Harman kardon sound system that offers great in-car audio experience. But it is here where the DZire justifies its premium price tag as the quality of materials used, fit and finish and the overall design and colour choices make it not only better than the Tigor, but also the best in the segment. Then, there’s the large infotainment touchscreen system that’s butter smooth to use and also supports android auto and apple carplay, something that the Tigor misses out. But what really differentiates the two of them, is the kind of hearts that they come with which are their engines.

The Tata Tigor comes with a 1.05-litre three-cylinder diesel engine that pushes develops 70 PS of power and 140 Nm of torque and comes mated to a 5-speed manual transmission setup.There are two driving modes on offer - One, is City, that’s meant for regular driving scenario and the other is Eco, which is meant for better efficiency. The DZire, on the other hand, comes with a 1.3-litre four-cylinder diesel engine that produces 87 horsepower and 190 Nm of torque. This engine comes with a choice of two transmission options – a 5-speed manual unit and a 5-speed amt box. Maruti Suzuki Dzire looks like a sedan from the back. (Photo: Siddharth Safaya/News18.com)

So, specifications aside, when it comes to the driving experience, the Tata Tigor feels planted even at high speeds and the ride quality is sublime. The steering is really light making it easy for tackling city driving but we did wish that it was a bit stiffer as the speeds climb up. And while insulation levels inside the cabin is great, the engine does get audible as the revs build up making the engine sound strained even when it isn’t. When it comes to the Maruti Suzuki DZire, the ride quality is good too but the rear suspension feels a bit stiff while going over potholes. The steering wheel is well weighted both for the city and highway driving and the higher power and torque figures made it feel peppier than the TIgor. The Tata Tigor has a coupe-like body shape which the company calls 'Styleback'. (Photo: Siddharth Safaya/News18.com)

So at the end of the day, the Tata Tigor has proved to be a good value for money car that pretty much offers everything that you would need. But, if you have the money to spare, the Maruti Suzuki DZire is still the one to go for.

About the Author
Manav Sinha
A Principal Correspondent with News18, Manav is passionate towards automobiles and loves to talk about motorcycles, cars and everything in between....Read More
Tags:
Read More