Maruti Suzuki will launch a new hatchback Ignis on January 13 that sports a bold and aggressive look.

Maruti Suzuki will be launching the Ignis on January 13 and the car is making all sorts of right noises before its launch. First showcased at the 2016 Delhi Auto Expo, the Ignis has been a talking point for many reasons, one of which is the new design it has.

The car, which is expected to be priced at Rs 5-7 lakhs (ex-showroom), has a much modern and bold styling approach as compared to its other Maruti Suzuki siblings. Interestingly, there’s a back story behind the designing of the Ignis.

The Ignis carries the legacy of traditional Suzuki design elements and takes inspirations from these four iconic Suzuki cars.

The Swift was designed keeping the global audience in mind and it sported blacked out A/B pillars, giving it a more streamlined look. This design element has been incorporated into the Ignis as well (pictured above). 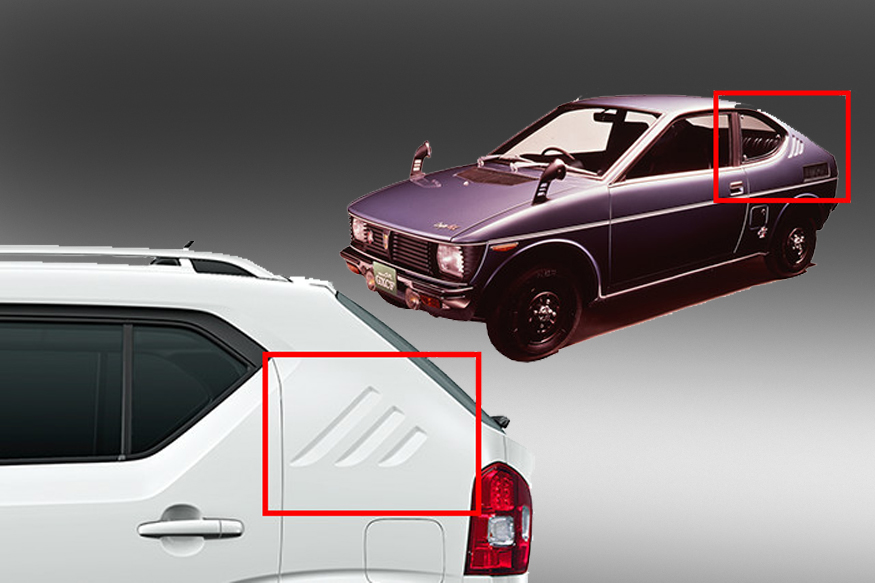 The Ignis has C-pillar slits like the Fronte Coupe. (Photo Courtesy: Global Suzuki)

The biggest stand-out feature when you look at the Ignis from the sides are the slits on the C-pillar. This has been inherited from Fronte Coupe, the first mini sports car sold in Japan. The Ignis' headlamps are integrated into the front bumper. (Photo Courtesy: Global Suzuki)

The headlamps of the Suzuki Ignis are integrated into the front grille, giving the car a striking appearance, just like the first-generation Cervo which was a mini sports car. 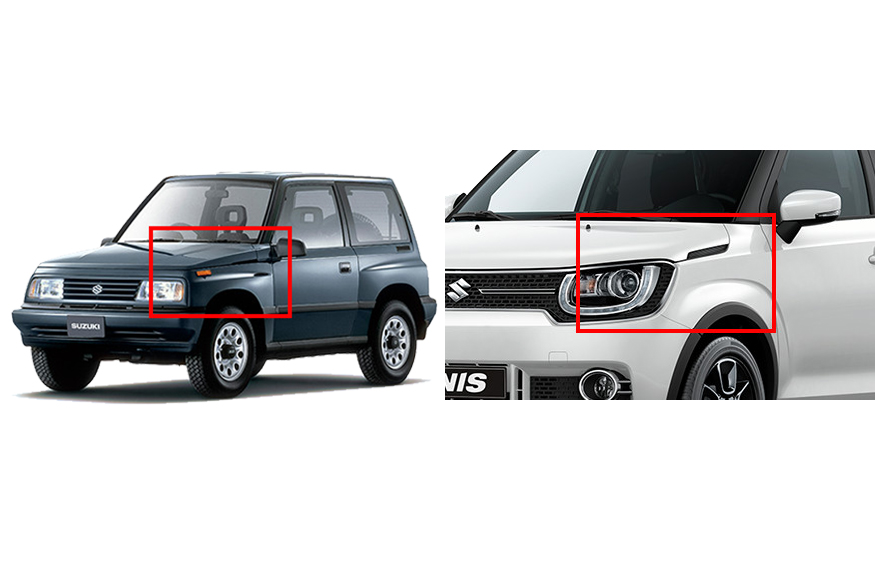 The Ignis also has resemblance to the Vitara. (Photo Courtesy: Global Suzuki)

The name Vitara may be synonymous with the Vitara Brezza now, but the clamshell-shaped bonnet and fender garnish that were first seen on the first-generation Vitara also make their way on the Ignis.

Also Read: Maruti Suzuki Ignis: How It Has Become a Success Even Before Its Launch