Although Audi has already unveiled the new RS5, we've had to wait until this week's New York International Auto Show to get a look at the new RS5 Sportback. Now we can feast on the official images of this beautiful car that will move as well as it looks thanks to the 444 horsepower 2.9-liter V-6 it has under the hood.

This all-wheel drive fastback variant joins the RS5 Coupe and RS4 Avant models in an expanding family of new mid-range RS cars designed to provide serious competition for rivals such as the BMW M3 and M4, and the refreshed Mercedes-AMG C63 sedan and coupe that have also just been unveiled in the Big Apple.

Michael-Julius Renz, Audi Sport GmbH's managing director, says of the new model: "The Audi RS 5 Sportback is a completely new offer for our customers. Our progressive interpretation of a five-door high-performance coupe has neither a predecessor model nor a direct competitor. The Sportback offers the ultimate in functionality with maximum performance." 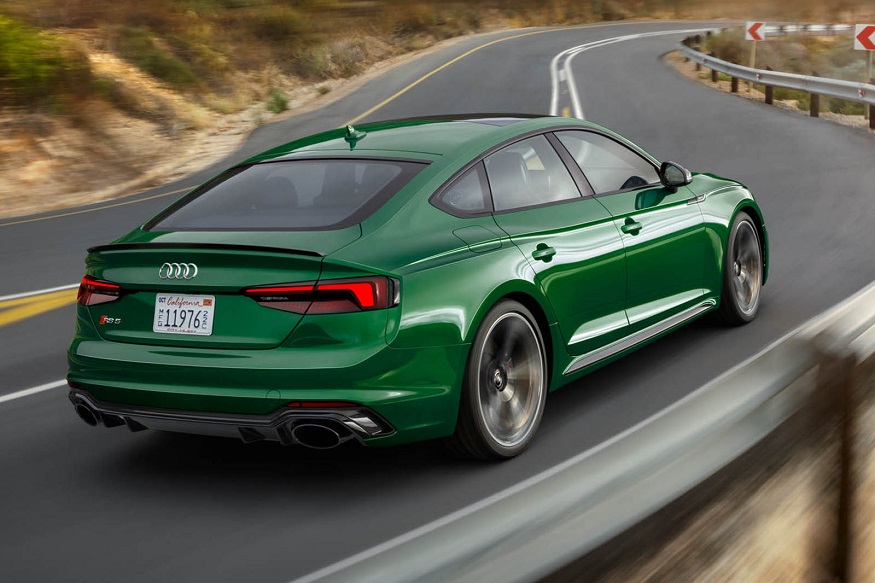 Even though this is a relatively practical five-door car, the 2.9 liter TFSI V-6 biturbo it uses delivers all the power, efficiency and distinct RS sound we would hope for from such an auspicious model. The new biturbo powerplant develops 444 horsepower and 443 lb.-ft. of torque that's available in a wide range of revs from 1,900 to 5,000 rpm. This means the new RS5 variant is capable of getting from a standing start to 60 mph in less than four seconds and onwards to a top speed of 155 mph, or as much as 174 mph when specified with the optional Dynamic plus package.

As for the aesthetics, the RS5 Sportback boasts a wide and flat Singleframe grille, large honeycomb air intakes that are RS-specific, a matte alu-optic front spoiler with quattro script, matte alu-optic exterior mirror housings, and side sills finished in a high gloss black. Further enhancing the distinct and sporty style of the Sportback at the rear are a RS-specific diffuser, oval RS exhaust pipes, and a rear-lip spoiler that's once again finished in a high gloss black.

At the moment, Audi isn't being more specific about an on-sale date than saying the RS5 Sportback will be available in the US and Canada from the second half of 2018.