Following is the comparison between the new Tata Harrier and Mahindra XUV500 based on specifications and the features they offer.

Tata Motors has finally launched its much-awaited Harrier SUV for Rs 12.69 lakh (ex-showroom) and since the company revealed the specifications of the car there is a lot of confusion among the buyers who are looking for a car that is powerful and can carry a family in comfort. Based on the IMPACT Design 2.0 philosophy, Tata Harrier SUV is engineered on the new generation ‘Optimal Modular Efficient Global Advanced’ Architecture, which is derived from the legendary Land Rover D8 architecture and developed in collaboration with Jaguar Land Rover.

Here are the variant wise prices of the Tata Harrier (all price ex-showroom, Mumbai):

Tata Harrier SUV directly stacks up against the likes of the Hyundai Creta, Jeep Compass and the Mahindra XUV500. Following is the comparison between the new Tata Harrier and Mahindra based on specifications and the features they offer: 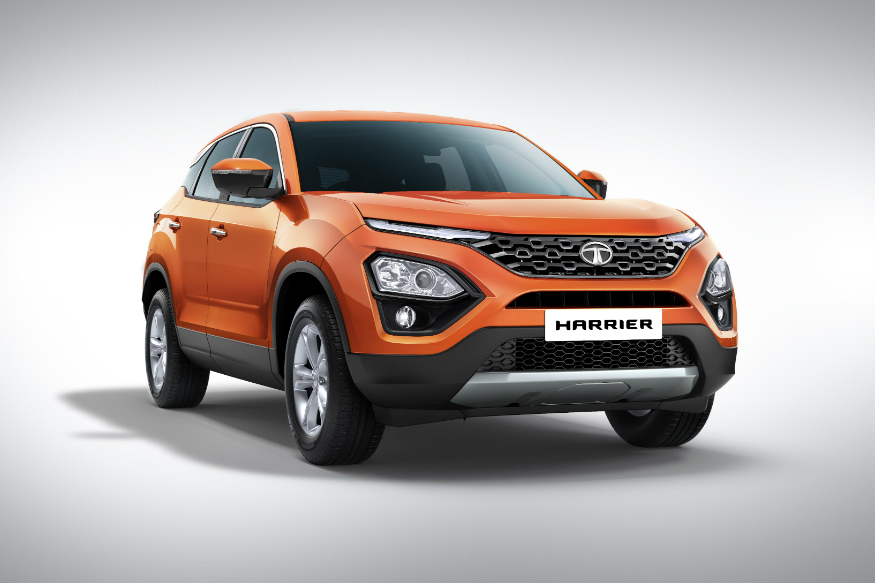 The Tata Harrier SUV is the first vehicle to sport the IMPACT Design 2.0 philosophy. At the front, the car gets dual tone bumper with satin silver chin guard, xenon HID projector headlamps and dual function LED DRLs with turn indicators. The SUV in Orange color has flared wheel arches that house 5-spoke alloy wheels. It has a high shoulder line and blacked-out B pillars, while the C-pillar houses a triangular quarter glass. At the rear, the Harrier has a raked windshield, a spoiler and 3D LED taillamps with sporty piano black finisher. The dual-tone rear bumper gets silver inserts. The newest member of the Tata family is powered by Kryotec 2.0 diesel engine that produces 140 PS of power and churns out 350 Nm of peak torque. The engine is mated to a 6-speed manual transmission. The car gets 3 engine drive modes – Eco, City and Sport that are married to ESP terrain response modes – Normal, Rough and Wet for taking on difficult terrains. Inside the cabin, the new XUV500 gets tan coloured leather seats with diamond stitching. The all-black dashboard is covered with leather, with silver trim on the centre console. There’s also a piano black fascia in place of a matte black finish on the centre console. The rest of the cabin looks identical to the previous XUV500, along with the twin-pod instrument cluster.