Not China, Pakistan; Bird Hit is the Single Biggest Fear for Rafale at IAF Ambala Airbase

A complaint highlighting the issue has been filed by the IAF with the local administration and mentions the increased bird activity due to the garbage pile that may cause harm to Rafale fighter jets.

Almost an year ago, a couple of bird strikes at the Ambala Airbase forced Indian Air Force to reach out to local authorities to stop breeding of pigeons at nearby houses. One of these birds crashed into the engine of an IAF Jaguar fighter jet and the pilot jettisoned fuel tanks of the aircraft.

Around 10 kg of practice bombs were attached to the aircraft, officials said. Lauding the quick reaction, the IAF released a 48-second video of the birds hit and drop of fuel tanks as soon as pilot took off from the airforce station.

An year later, the IAF has reached out to authorities again, this time complaining about the garbage lying near the IAF station. The garbage pile is attracting increased bird activity over the airbase putting both the pilot’s life and plane at the harm’s way and this has not gone well with the Director General Inspection and Safety, Indian Air Force.

#SavingLives: On the morning of 27 June19, an IAF Jaguar aircraft loaded with two additional fuel drop tanks & Carrier Bomb Light Stores
(CBLS) pods took off from AFS Ambala for a training
mission. Immediately after take off, the aircraft encountered a flock of
birds. pic.twitter.com/Mb0otqadVe

As per a report, the DG I&S Air Marshal Manavendra Singh has written a letter to Keshni Anand Arora, Chief Secretary, Haryana, asking to resolve the garbage crisis near the IAF station where Rafale is stationed. 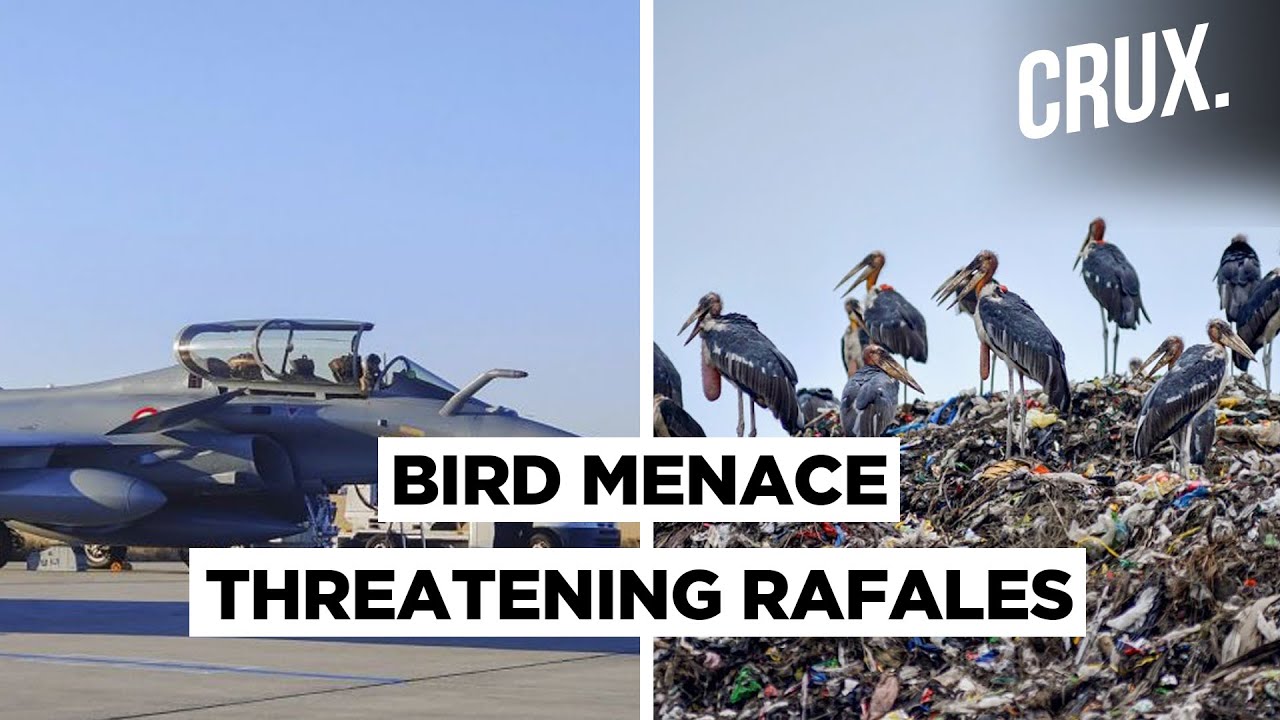 The letter reads that “the safety and security of the Rafale aircraft inducted at Ambala on July 29 is the prime focus of the IAF”.

The letter also states that the station has a high concentration of birds that may cause serious damage to the fighter jets, more particularly multi-million dollar Dassault made Rafale, which was recently inducted in IAF at the said airbase.

IAF has also recommended immediate implementation of Solid Waste Management (SWM) scheme that will reduce the activity of large birds like black kites in the aerodrome zone of 10 km around Ambala airfield.

Last year, IAF wrote a letter to local municipal body in regards to pigeon problem in the are. IAF have suggested that a few locals are breeding pigeons in their houses that are in close vicinity to the base. A complaint was filed highlighting that pigeons don’t seem to be afraid of the loud noise of the aircraft.