There is a popular culture of traveling in the RVs and Campers in the U.S. during the holidays, as people don’t want to stay in the hotels. In fact, a large number of people stay full time in their vehicles-turned-rolling-homes, without actually owning a home. The sense of freedom, of not staying in one place for long incites the adventurous streak among the RV owners.

However, an initiative called Truck Surf Hotel has taken this mobile lifestyle to another level. Started by Daniela Carneiro and Eduardo Ribeiro, the Truck Surf Hotel converted a Mercedes-Benz Actros truck to a cool two-story hotel-on-wheels, offering adventure and surf trip packages.

The duo started the project to share the lifestyle with adventure-seekers and travelers and designed the project based on their experiences. The two are ardent travelers and have been traveling for years in a camper van, covering Europe and Africa for different cultures and surf sports.

They want people to explore uncrowded surf spots, natural parks and mountains, while staying in a luxurious hotel on wheels. Hence, the Truck Surf Hotel offers packages in Portugal and in Morocco. Carneiro is the on-board travel guide and photographer, while Ribeiro is the surf coach. 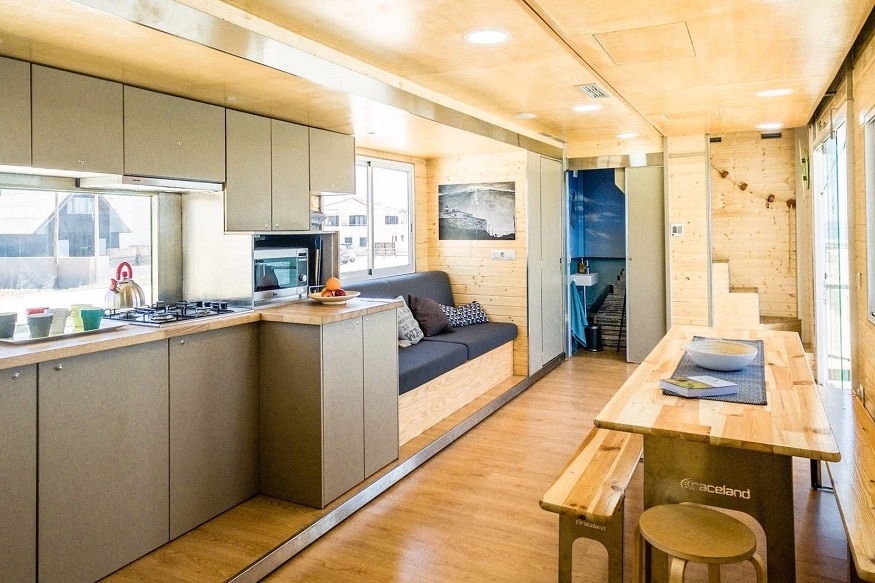 As for the Actros, the two story set-up has a hydraulic system for expansion of the walls and ceiling. As evident from the images, the décor is done to give a comfortable and luxurious accommodation to its occupants. It has five air-conditioned rooms in total.

Carneiro and Ribeiro recommend traveling alone as they want to “create an environment where people get to know each other through epic adventures.” One week package tour in Morocco starts with $588 (499 Euros) per person, while the Portugal trip starts at $724 (614 Euros).