The VVIP plane captured airborne gets a completely new livery, unlike the Air India livery of the current Boeing 747.

Photographer Andy Egloff has managed to click the first known photo of one of the India's newest VVIP Boeing 777-300 ER with a completely new livery, unlike the one we have seen in the current generation of planes. The two VVIP planes with advanced protection suite will be sourced from U.S. based Boeing aircrafts for Rs 1200 crore.

The plane captured gets a completely white body with the Indian flag running through the lower body. There's India and Bharat (India in hindi) written to represent the country along with a Indian flag on the tail. The current Boeing 747 being used by PM gets the regular Air India livery. 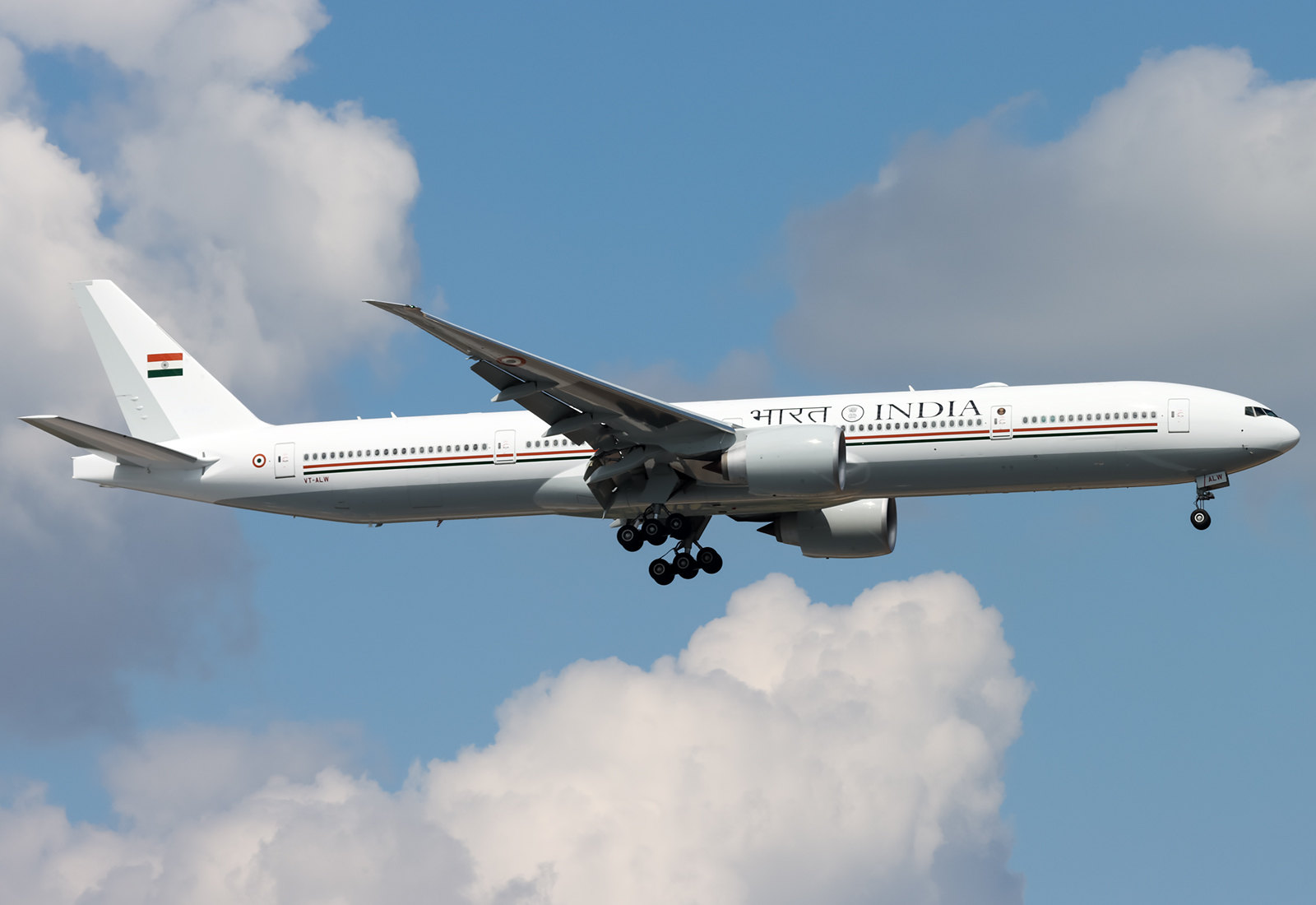 The two VVIP planes will be used to ferry the President and the Prime Minister of the country. The new planes, for the first time, will get self-protection suites for the aircraft in the form of infrared and electronic warfare countermeasures suites, countermeasure dispensing systems and missile warning sensors.

The two planes will arrive in India and will be put out on the field this year. The Indian Air Force has made several visits to the Boeing facility where they frequently contributed with the progress and development of the aircraft. Additionally, as the aircraft now comes with new sophisticated equipment and is owned by the Indian Air Force, it will have military classification.

PM Modi currently flies in the IAF plane for domestic travel and Air India's Boeing 747 for international travel. A team of 40 Air India pilots are being trained alongside IAF Pilots to fly the state-of-the-art VVIP planes.

Once in use, it is being reported that the new 777 will be as advanced as the Air Force One Boeing 747 of the US President, often called the White House in Sky.