Since the adoption of the World Rally Car regulations in 1997, manufacturers no longer need to make a homologation special of a car to be able to compete.

Most Porsche cars look fairly similar to a 911, but that's not an accusation that can be levelled at the latest one, as it's a new version of the Cayman GT4 Clubsport. Perhaps the only complaint anyone could have about the Cayman GT4 Clubsport is that it's not a road-legal model. The existing GT4 is a turnkey racing car designed exclusively for the track. The new concept, unveiled in a series of tweets from Porsche Motorsport, looks especially cool, thanks to its four pods of additional rally lights on the bonnet, which look a lot like the rocket-launchers on an Apache helicopter gunship.

The fact this concept is equipped with rally lights indicates that it won't be designed exclusively for smooth tarmac track racing, but for the rigours of the various surfaces cars need to handle during the World Rally Championship series. Unsurprisingly, Porsche doesn't give a great deal away about the car in its tweets. But it did say the car will make an appearance at the WRC's Rallye Deutschland this weekend where feedback will be gathered from the rally community, which would suggest that Porsche is considering getting back into building rally cars and competing in WRC events as a factory team. 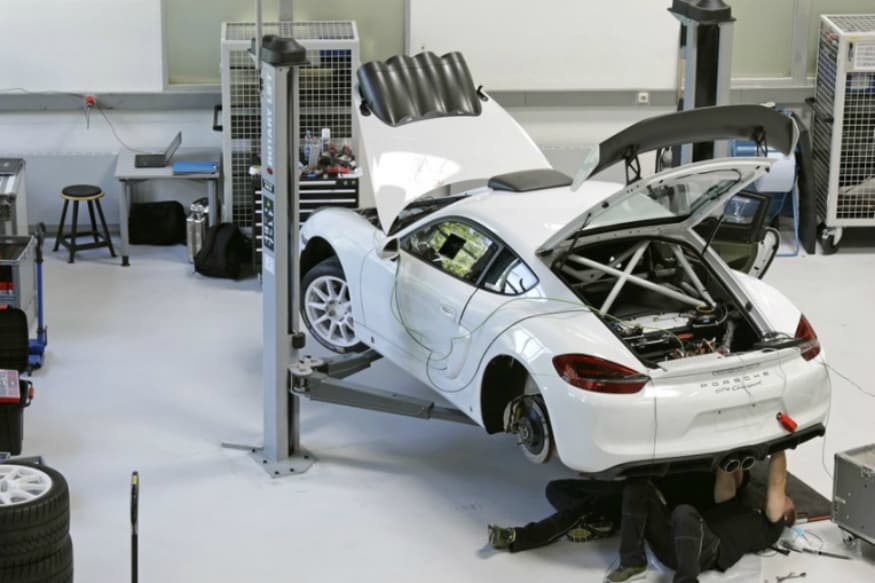 But the prospect of Porsche going into rallying again doesn't mean that homologation rules – which mean the automaker has to build a limited number of retail versions – will come into play. Since the adoption of the World Rally Car regulations in 1997, manufacturers no longer need to make a homologation special of a car to be able to compete. The cars do have to be road-legal, but the interpretation of the term for WRC cars means they're really only road-legal in spirit.