As we celebrate the long journey of India's glorious history, we bring you a list of the top vehicles that have been a part of the Indian army.

As India celebrates its 70th Republic Day on 26th January 2019, all eyes will be on the mighty firepower show by the Indian Armed Forces. The Republic Day Parade not only attracts tabloids for various genres, our armed forces also get a chance to showcase their muscle. From tanks to missiles and fighter jets, you can see anything and everything that makes our Defence forces so strong in the world.

However what you don't see are the vehicles that move these armed forces from city to city, terrain to terrain. Being one of the largest armed forces means you need an incredible resource to move you from one point to another. While some vehicles have been doing it for ages, some are newly inducted.

To honour our armed forces, we have listed the top vehicles moving the defence personnel in India. Here's the list from newest induction to the oldest ones- Tata Merlin is not just any other support vehicle, even though it's called a Light Support Vehicle. The Merlin LSV is not yet inducted in the Armed Forces and will be used by the Indian Army for not only troop movement, but also as a combat vehicle if need be. The LSV is made to resist bullet shelling, grenade attack and more. For attack, it can house customized weaponry including a machine gun. 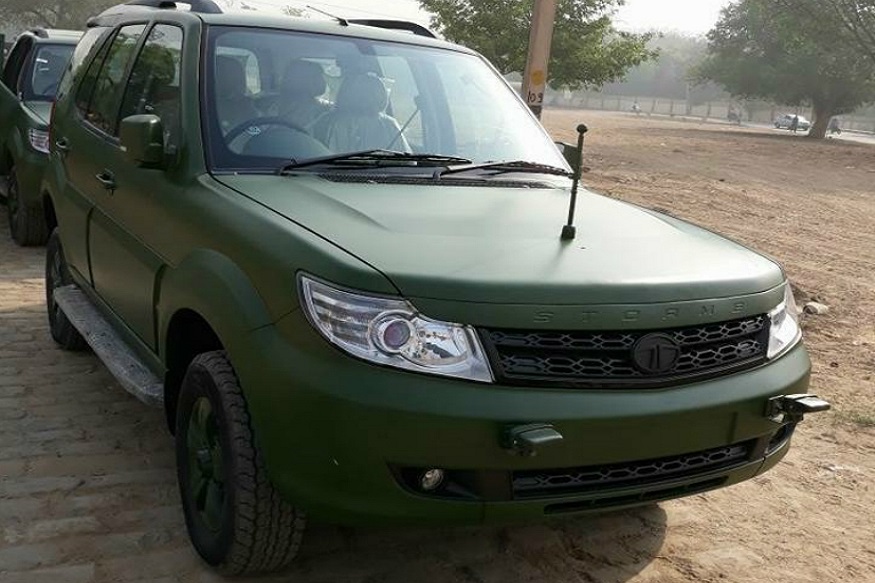 The Indian Army long relied on the Maruti Suzuki Gypsy for travelling through the length and breadth if India. However, with Maruti phasing out the Gypsy, Indian Army needed a more modern, robust 4x4 vehicle, which they eventually found in the Tata Safari Storme. An order of 3500 SUVs was placed and Tata is continuously delivering the matte green Safaris to the Indian Army. If you have ever seen an Indian Army convoy on the move, it's highly likely you know about the Ashok Leyland Stallion. The big 4x4 and 6x6 trucks are the operational backbone of the armed forces and have been carrying the troops across the nation for years now. The Stallion replaced the famed Shaktiman truck and it is estimated that there are more than 50000 of these trucks in active duty currently. The Stallion can be configured based on usage and can act as a standard troop mover to an armoured weapon carrier. Think Indian Army and the image of an Indian soldier travelling in a Maruti Suzuki Gypsy at the mountainous region of Leh-Ladakh comes into the mind. The Gypsy has been serving the armed forces for decades now and has always solved the purpose of a low cost, low maintenance 4x4 Army vehicle. However, with the strict emission norms and modern-day technology, Maruti decided not to update the old horse and has stopped the production. Although, you can still see Army personnel travelling in the Gypsys.