Review: Harley-Davidson Street 750 Is Your Ticket to Be Cool

Harley-Davidson says that the Street 750 is an urban commuter, we put it to the test.

Think of Harley-Davidson and what comes to mind is a big bike, meant to be cruised on at high speeds, for long distances. But the company has one particular bike in their line-up that promises to not only give you that Harley-feeling on highways, but can also be an urban commuter – the Harley-Davidson Street 750.

But is it actually what it appears to be? We find out.

Harley usually gets it right when it comes to styling their products, and they have done it again with the Street 750. The clean, smooth curves along the bike, matte black touches, the 13.1-litre tear drop-shaped fuel tank, and the muffler come together to create an eye-catcher. The bikini fairing on the headlamps and the tail lamp design make the Street 750 stand out in the crowd.

Once you look closely, you will notice that when designers at Harley sat down to design the bike, the intention to create an urban commuter was clear. The packaging of the components is really compact and the sleek radiator looks good. The clear intent goes on to become more evident when you start riding this bike. Featuring a clever design, the wheelbase of the bike has been kept relatively short as compared to its other siblings, and when you couple that with the wide handlebar, the result is a very maneuverable and nimble bike, which is perfect for riding in city traffic especially, when you need to make those quick overtakes and dodge potholes. If you do run into one, the suspension will take care of it as they soak bumps very well.

If you take the 750 to the highways for cruising, the Harley DNA makes you want to just keep on going. The front Bias tyres (100/80 R17) and rear Radial tyres (140/75 R15) provide plenty of grip and stability even at high speeds.

The best thing about the bike has to be the all-new super-responsive 749 cc Revolution X V-twin engine. When we say super-responsive, it does not mean that it has humungous power which will make you feel that the bike will slip out from under your legs, but instead, that it has linear power delivery across the RPM range. The engine has a lot of low-end torque as well which is ideal for long-distance cruising.

Being oil-cooled, the engine does not get unbearably hot even during bumper-to-bumper traffic. The Street 750 is targeted at those riders who want to get a good hang of full-on cruisers before stepping up the ladder and go for litre-class cruisers, but the absence of Anti-Lock Braking System (ABS) could be concern among first-time riders.

The front brake feel is soft, mushy, lacks bite and is not very confidence inducing. The feedback is a problem with the gear lever as well. You will feel the lever hitting the end of its travel, but it lacks that ‘clunk’ feedback when you slot gears, resulting in false neutrals and one-two gear shift misses.

Another downside here is the rear view mirrors. They show you what’s going on your left and right, but not what’s going on behind you. It is actually a concern when you are riding a bike of this size. Although, it is an easy fix as we would recommend swapping them with mirrors with longer and wider stems. 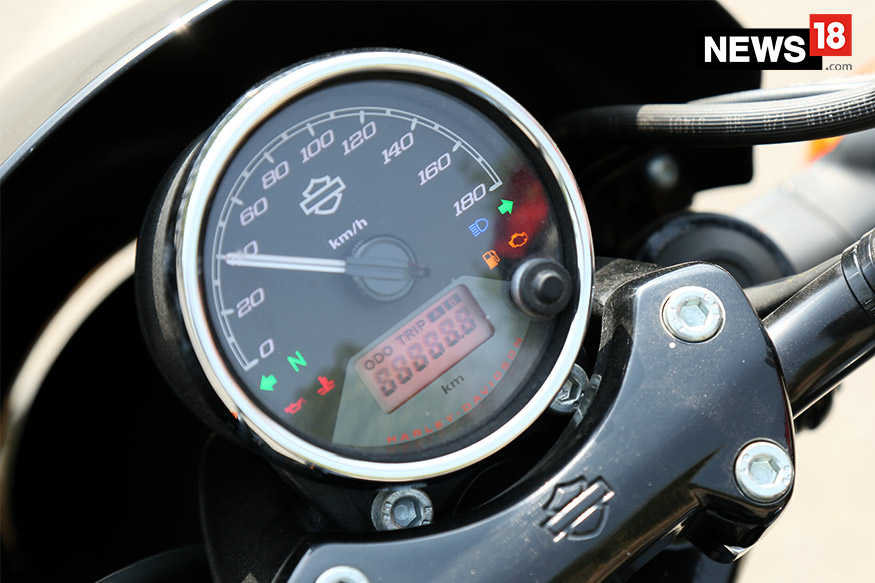 Harley-Davidson has priced the Street 750 at Rs 4.69 lakh (ex-showroom, Delhi), and at that price the Street 750 really doesn’t have a full-blown cruiser that can challenge what the bike offers, both in city and highway commute.

We started out with the question that whether Harley-Davidson has made an urban commuter, and we think that they have indeed.

Yes, the Street 750 has its fair shares of shortcomings, but its wonderful engine and the ease of riding make it a great product. And when you throw in the price tag into the equation, the bike becomes one hell of a deal.

Being a Harley, it also comes with loads of customisation options, allowing you to make yours one of a kind and offers all the styling that you would want, even without those modifications.