Ever since Robert Downey Jr. took the baton of Marvel’s popular superhero, Iron Man, we have seen him driving around in a couple of Audi A6s and R8s. However, it’s not the German cars that we are here for. RDJ’s enthusiasm for cars is no news. This was proved when the actor recently gifted Chris Evans a customized 1967 Chevrolet Camaro. SpeedKore Performance Group, which modified Chris Evans Camaro had also built a 1970 Mustang Boss 302 for Robert, the car which we are talking in this post. 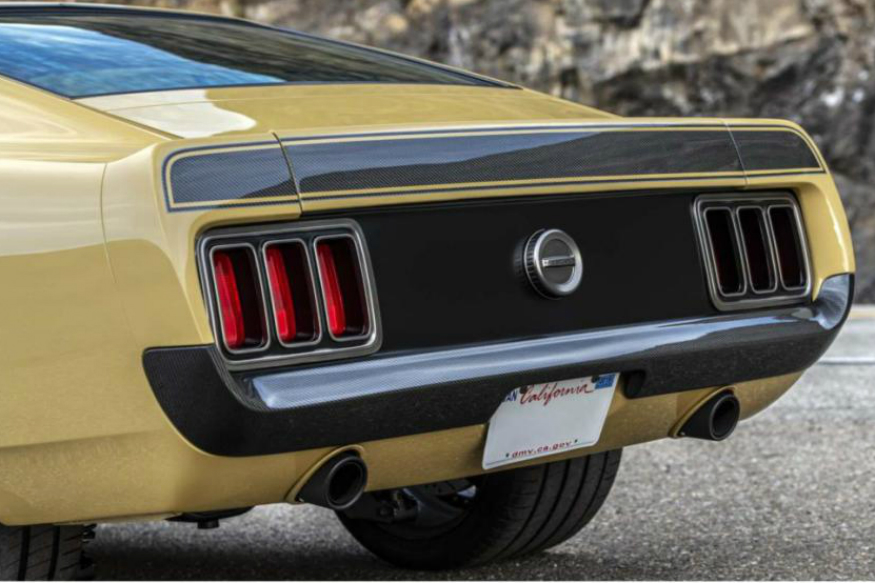 This Mustang was showcased at the 2017 SEMA where we got a detailed glimpse of what the car is like. On the outside, the 302 Boss gets a new body kit that includes a hood, front fenders, and front and rear bumpers a front splitter, rocker panels, a sporty diffusor, a spoiler and rear quarter extensions. On the inside, the Mustang comes with European-inspired leather from Gabe’s Custom interiors alongside a Vintage Air-SureFit Air-Conditioning system. In terms of mechanicals, the Mustang is powered by a 5-litre V8 Ford Performance Aluminator engine with an attached Stage-2 Ford Supercharger. This is mated to a T56 manual transmission. The chassis of the car gets a Detroit Speed (Aluma-Frame) front suspension along with the Detroit Speed rack and Pinion performance steering. At the back are a pair of Detroit Seed QuadraLink Suspension. At the 2017 Specialty Equipment Market Association (SEMA) Show, the customized Ford Mustang Boss 302 won the Ford Design Awards for the Best Heritage Vehicle. In addition to this, it also recently won the Sport Touring Class at the 2019 Grand National Roadster Show.