Royal Enfield all set to unleash the Himalayan, a brand new adventure-tourer

At the very heart of the Himalayan is an all-new, indigenously-developed, oil-cooled, 410cc single-cylinder engine, producing an estimated 28PS of power and 30Nm of torque.

Bodhisattva Sen Roy
The long, hard road, redemption, glory - these are few things that bikers across the world live by. Strangely the fate of many an iconic motorcycle maker has also followed the same course. Harley-Davidson, Triumph, Moto Guzzi, Indian - show me an iconic brand and I will tell you how they once faltered, took a dive, got up, dusted it off and came back stronger; much like the bikers themselves. Our very own Royal Enfield is no different.

Over the last few years, the marquee has shed its old image of makers of heavy, lethargic, leakey motorcycles to builders of performance machines. Their last offering, the Continental GT was a completely new platform; and now they are on the verge of launching another brand new product, the Himalayan. The Himalayan. A Royal Enfield unlike any other ever built

For months now, the moto-forums have been buzzing with scoops, speculations, spy-shots and finally some preliminary publicity material released by Royal Enfield itself. Based on all these inputs, here is your low-down on the upcoming beast:

What is the Himalayan?
In India, Royal Enfield motorcycles are synonymous to touring. But as anyone who has toured on any of the bikes in the existing lineup will tell you, the bikes are woefully inadequate for that purpose. Royal Enfield is looking to plug this very gap with this new offering which can be best described as an adventure-tourer, a motorcycle that is designed to go on the road, and should you so choose, even beyond it. Royal Enfield CEO, Siddhartha Lal took the Himalayan for a spin in the Himalayas (where else?)

Purpose built for adventure
The Himalayan sports an all-new double cradle frame. The initial thought was to use the frame from the Continental GT, but that would not support the rear monoshock planned on the Himalayan. The designers also opted for a 21-inch front wheel, to give the bike more stability over uneven terrain. The suspension system of the Himalayan was tuned by Harris Performance UK which was acquired by Royal Enfield around May last year. 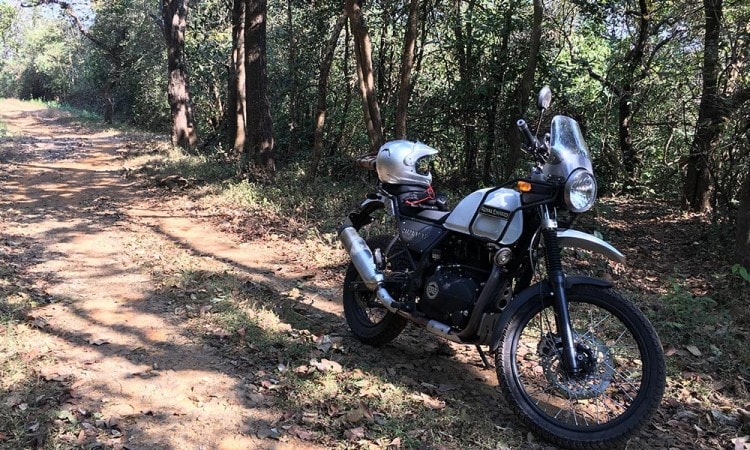 Powerplant
At the very heart of the Himalayan is an all-new, indigenously-developed, oil-cooled, 410cc single-cylinder engine, producing an estimated 28PS of power and 30Nm of torque. The engine also ditches the traditional push-rod architecture on Royal Enfield engines in favour of overhead cams. This configuration means that this is going to be a free revving engine with the redline being somewhere around the 6500-7000 rpm mark. The engine will also be equipped with a counter-balancer to reduce vibrations, making the Himalayan’s mill the smoothest and the most refined unit ever seen on a Royal Enfield. 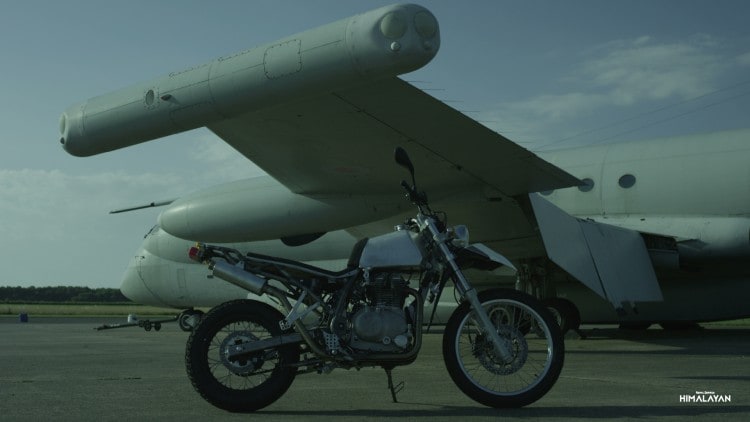 
Ease of maintenance
The Unit Construction engines present in the Classics and the Thunderbirds represent a paradigm shift as far as engine maintenance is concerned. Fewer moving parts mean less wear and tear and better build also reduced the leakages that has been synonymous to a Bullet engine. The new mill for the Himalayan promises to improve on this even further. Sources in the company claim that the new engine will have a 10,000 km oil change interval. What more, the spark plug now needs to be changed at 25,000km intervals. A look at the instrument cluster on the Himalayan

The CS Santosh connection
A video released recently by Royal Enfield shows India’s finest off-road racer and Dakar star CS Santosh putting the Himalayan through its paces at an off road track in Big Rock Motopark, Kolar. It is not clear, however, if Santosh was involved in the design and testing of the Himalayan. The video (see below) shows Santhosh riding the bike through a variety of terrain and seems rather happy with the performance. There are also moments when the bike goes airborne and logs in some impressive hangtime. But like all things Royal Enfield, this too comes with a niggle. At the 1:53 min point in the video, you can clearly see one of the footpegs breaking off after a jump landing. The old QC issues coming back to haunt RE again? 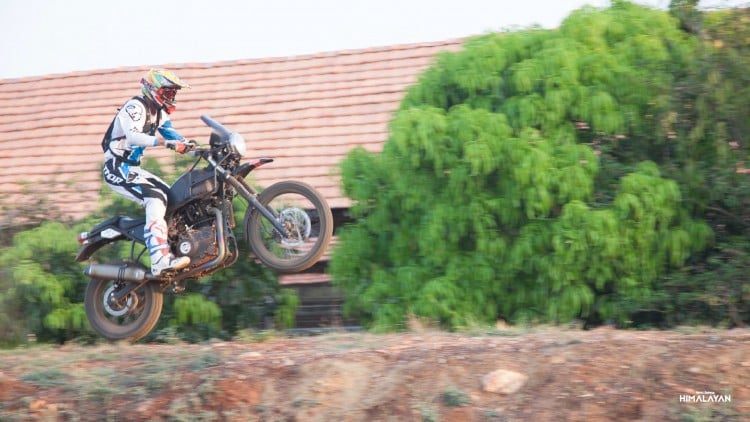 The Bottom-line
The company has, in the past, been guilty of releasing half tested, unfinished bikes in the market, waiting for the first batch of customers to do the testing for them. This will weigh heavily in the minds of potential customers. This aside, the Himalayan looks like just what the doctor ordered for the Indian tourer. Now all we can do is wait eagerly for the new kid on the block to be unveiled on 2nd February.

Bodhisattva Sen Roy is Editor, Social Media for CNN-IBN and IBNLive.com. He is passionate about travel, motorcycles, photography and food. He document...Read More