Soon after the bookings were opened, website crashed, reflecting an error message. The official Twitter handle of Royal Enfield was bombarded with inquiries on the bookings, to which the company replied that the bookings will resume at 8.30 PM today – 10th July 2018.

The Classic 500 Pegasus is ready for the online sale. 4 PM Wednesday, July 25th 2018. A ton of thanks for your patience & support. #RoyalEnfieldPegasus #MadeLikeAGun https://t.co/1aJ5oYgc6O pic.twitter.com/8gmD6XWT6Q

However, the bookings were further deferred without any official date. On some angry tweets by fans, Royal Enfield replied – “The Royal Enfield website is currently experiencing technical downtime. We are working on getting this back up very soon. Thank You.”

This kind of technical difficulties arises when a large number of people visit a website and the server is not able to handle the traffic, which means it is safe to assume Pegasus has a lot of fan following. Another tweet by Royal Enfield read – “Due to the overwhelming response to the Pegasus online sale, we are facing unanticipated technical difficulties on our website. We’ll communicate the revised sale date shortly. Thank you for your continuous support.” 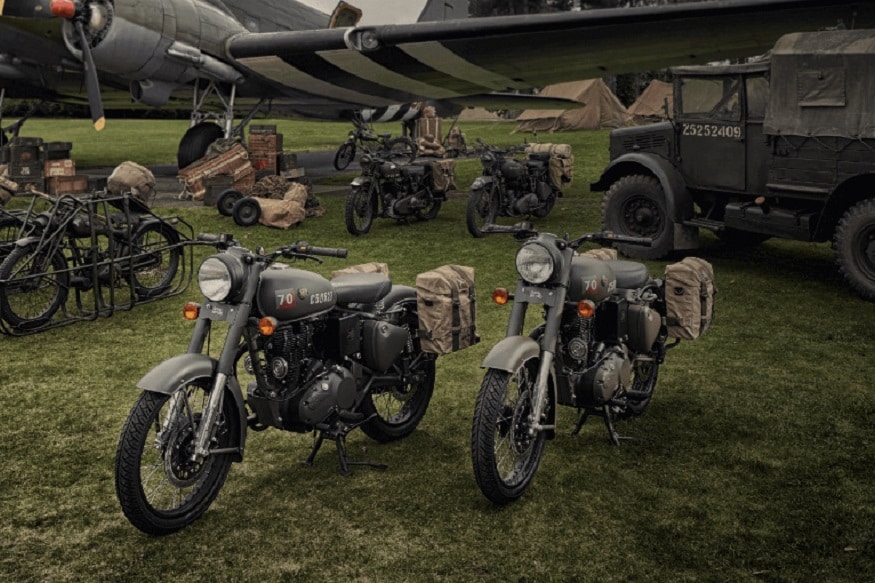 The limited edition Royal Enfield Classic 500 Pegasus edition will be available in two colours - Service Brown and Olive Drab Green. Only 1,000 units will be made available globally, of which 190 will be available in Britain and 250 are being designated for the Indian market. Every Pegasus Edition motorcycles will carry a unique serial number on the fuel tank.

The bike is powered by same 499cc, air-cooled, single-cylinder engine that produces 27.5PS and churns out 41.3Nm of peak torque. The chassis, brakes and tyres are similar to the regular Royal Enfield Classic 500.

The Royal Enfield Classic 500 Pegasus edition was earlier launched in England at GBP 4,999.