Royal Enfield Meteor 350 Review: The New Default 350cc RE You Should Buy in India

Royal Enfield Meteor 350 is here and we have ridden it. (Photo: Manav Sinha/News18.com)

The Royal Enfield Meteor 350 has a brand new 349cc engine, a brand new chassis, design and features. It is so far ahead of other motorcycles in its segment that it has set a new benchmark.

Royal Enfield pretty much showed the world that they can make motorcycles that everyone has to stand up and take notice of. The motorcycles that gave them this reputation are the Interceptor 650 and the Continental GT 650 and the reason for their success is that both of these motorcycles were leaps and bounds ahead of any other motorcycle that Royal Enfield has ever made. Now, however, they have taken all of those learnings and approach and brought it down to the 350cc segment.

Interestingly, though, it is not the Classic 350 that debuts this new-found approach, but it’s a motorcycle that replaces the Thunderbird series of offerings from Royal Enfield. It is as the Meteor 350 and after spending about five days riding this motorcycle through city and highway and here’s what I have to say about it.

Let’s begin our understanding of the motorcycle by first talking about the design. At first glance, the Meteor 350 might look similar to the Thunderbird X series of motorcycles that Royal Enfield came out with, once you see it in flesh, you realise that’s really not the case. That’s because Royal Enfield says that they have not carried over any part from the Thunderbird to the Meteor 350. There are three variants on offer. The entry-level variant is called Fireball, the one that sits on top of it is called Stellar and the top-most variant is called Supernova – that variant that we rode. It gets extra chrome bits, the backrest, the fancy wind-deflector, alloy wheels – you get the idea, this is supposed to give you that big cruiser feel. Now, looks are a subjective matter so I’ll let you decide how you find this motorcycle but there are some key design elements that I want to bring to your notice.

First and foremost, Royal Enfield has upped the standards of the build quality and the quality of materials used. The paint finish on this Supernova variant is great and it makes the bike feel premium. 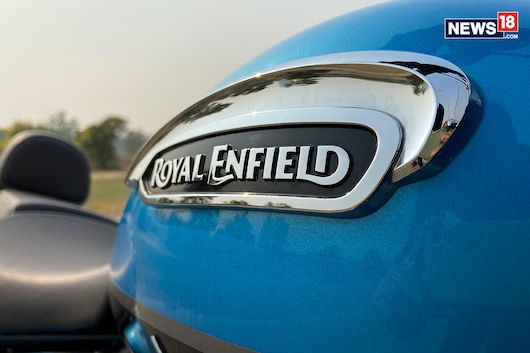 Royal Enfield has taken some interesting design choices too. Like, the fuel tank cap has no visible hinge or a key slot when the lid is closed and that looks really nice. You also get these really old-school toggle switches for ignition and the headlamp controls which take some time getting used to but retain their novelty factor. You also get a USB port under the left switch cluster which sounds nice but is actually an ergonomic nightmare as getting the wire to plug into the port takes a lot of effort due to lack of space and only works when the engine is turned on. You can pretty much forget about getting that done with gloves on. I would have much rather had an under-seat USB port as that would eliminate the need of having a phone mount on the handlebar completely.

Coming to the instrument cluster, the one on the left is a semi-digital unit that shows pretty basic information like your odometer, two trip meters, a clock and the gear position indicator. I did miss having a range indicator because well, the Meteor is built for long-distance riding and for that knowing your distance to empty is really important. This brings us to the second, smaller dial on the right which is a digital display that Royal Enfield calls as Tripper Navigation. It is basically a clock unless you pair this to Royal Enfield’s smartphone app via Bluetooth, through which it shows turn-by-turn navigation and this is immensely helpful. However, it does not show things like messages, music or call notification and that’s a bit of a bummer.

Lastly, the headlamps are halogens and not LEDs but they have a really good throw and offer good visibility at night and I’d much rather have this than a fancier looking, but less effective LED headlamp unit. Now that we have taken a closer look at the motorcycle, the next thing to do is well, sit on it. And the first thing that you will notice is just how comfortable the Meteor 350 is. It has a relaxed riding position, similar to what you would expect from a cruiser, but thankfully, there’s nothing extreme about it.

You get forward set footpegs but it’s not extreme, you are not sitting with your legs stretched out. The handlebar is high up and reaches to the rider but then again, nothing extreme. The next thing to note is the seat height – it’s really low. It lets you plant both of your feet firmly on the ground so even shorter riders will not have any problem whatsoever. With that done, let’s talk about the riding experience.

As I mentioned earlier, everything that you see on the Meteor is brand new, and that includes a brand new engine and a brand new chassis as well. The engine is a 349cc single-cylinder air-cooled unit that makes 20.2 BHP of power and 27 Nm of torque. It comes with fuel injection and it also gets a primary balancer shaft which has helped the engine have far lesser vibrations than the older 350 engine. There are still some vibrations that can be felt on the footpegs when you lug the engine but other than that, there’s nothing to complain about. More importantly, the “Thump” of the Thunderbird is still there and that is something Royal Enfield purists will appreciate. As for the performance, the engine now has 1,000 RPM more than before thanks to a bigger bore and a shorter stroke and it now has a much larger spread of power across the RPM band. So much so, that you wouldn’t really mind and would be instead tempted to actually push the engine to the redline, and surprisingly even then, there are minimal vibrations. The gearbox on board is still a 5-speed unit but it feels more than enough when you are doing highway speeds. And those speeds can be done by the Meteor all day long as it feels comfortable sitting at 100-110 km/h.

Handling has improved too thanks to the specifically built tyres which are wider than before, both front and back, and the new stiff chassis has aided handling to a great extent. The suspension setup is bang-on as well and as a result of all of this, the bike holds its line a lot more confidently and has a better front-end feel making the motorcycle feel nimble despite having a longer wheelbase. 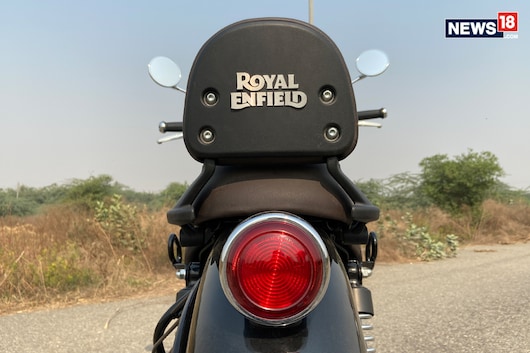 And yes, both tyres are tubeless.

The ground clearance has increased too as compared to the Thunderbird 350. The brakes are decent at best and you get chunky brake and clutch levers. Whether you like such levers or not, is based on your personal preference. The only thing that I would change is the seat as that’s a bit too soft and not really meant for long rides. In the city, during daily commutes though, this seat will do just fine. 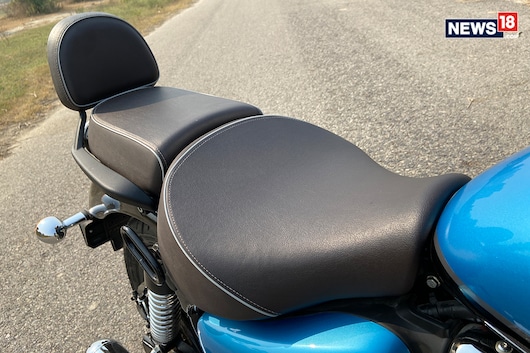 So to sum up the Meteor 350, well, there are two things I want to talk about. First, is the motorcycle itself and second, is the repercussions of having this as an option in your options of Royal Enfields.

Let’s start with the bike bit first. You see this, by itself, is a really good motorcycle. It is a step-up as compared to the older Thunderbird 350 in every single way and in some respects, it has better highway capabilities than even the almighty Interceptor 650, thanks to its riding position and comfort factor at high speeds. It’s pretty much all the bike that you really need. It is now refined, well-built and is a motorcycle that we can recommend blindly. Now let’s come to the repercussions part. You see, the Meteor 350 is the new platform that will underpin the new 350s later on. This is the new benchmark and the time and effort put into this platform can be felt the moment you get going. As a result, this motorcycle basically makes all other 350s feel really old and not in a very good way as this is so far ahead of the curve once again, just like the 650s were.

So if you are looking to get your hands on a new Royal Enfield, make sure that it is the Meteor 350.