Royal Enfield is all set to launch a new motorcycle on August 28 as the company has started sending media invites that states “An ode to the Royal Enfields in service and those who ride them. Please join Rudratej Singh, President, Royal Enfield, as he takes you through our much-storied heritage with the Indian Armed Forces and the motorcycle it inspired.” Reportedly, Royal Enfield will launch new dual-channel ABS-equipped motorcycles under the classic range. As per the images shared on the Team-bhp forum, the new motorcycle will be available in two colour options with matte paint job. The motorcycle also gets blacked-out wheels, engine, headlight mask and exhaust. It gets a rider-only saddle that comes with a brown leather seat cover. 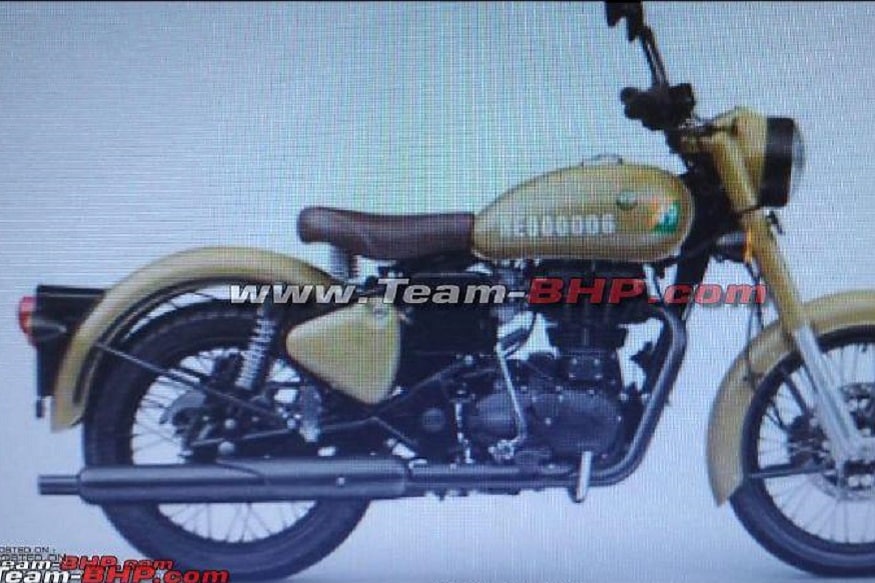 It is not likely that Royal Enfield will have any different engine on the new motorcycle other than the ones on the regular Classic 350 and 500. The 346cc, single-cylinder air-cooled engine produces 19.8 hp and churns out 28 Nm of torque. The 499cc engine single cylinder, air-cooled engine, on the other hand, delivers 27.2 hp and produces 41.3 Nm of peak torque at 4,000 rpm. Both the engines are mated to 5-speed transmission.

So far there are no official updates regarding the new motorcycle from the company’s end but it won’t be a surprise if Royal Enfield launches another limited edition motorcycle. Keep watching this space for more updates.