If you wanted an SUV and the Skoda badge then you would have had to go for the Yeti, until now.

If you wanted a big Skoda that could take you to the harshest of terrains without breaking a sweat then it would have been the Yeti, until now. The company has unveiled the Kodiaq, which will be the flagship SUV of the Czech automaker and will also have a 7-seater offering, a first for Skoda.

Unveiled in Berlin and named after the Kodiak bear found in Archipelago in Alaska, the car is also expected to be launched in India in 2017 and will compete against the likes of Ford Endeavour, Chevrolet Trailblazer and the Toyota Fortuner. 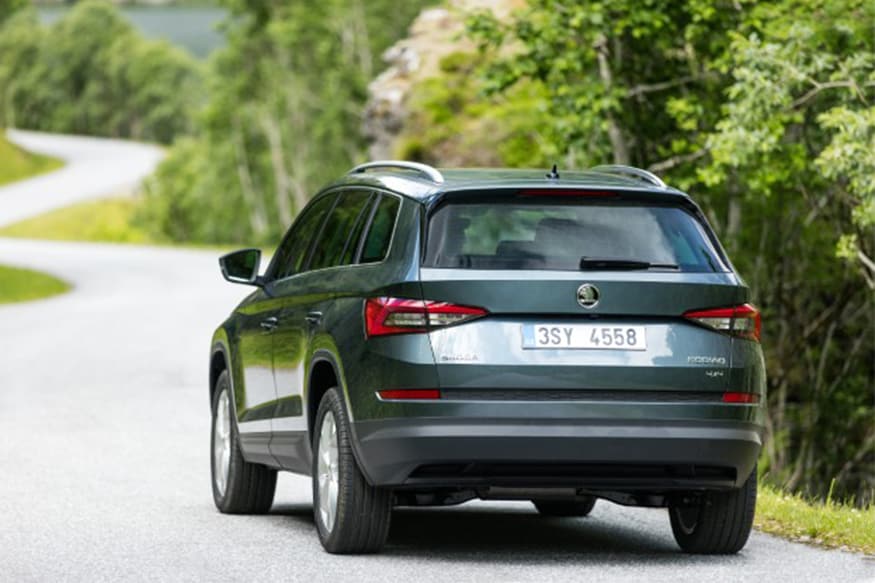 Skoda Kodiaq from the back. (Photo: Skoda)

The Kodiaq is built on Volkswagen's MQB platform and shares the underpinnings with the Superb and the Octavia. The styling is based on the Skoda Vision S concept, and this design language will be adopted in all future Skoda models. What immediately stands out is the new front-end design that sports a large radiator grille and the two double-headlights create a four-eyed face. The lights are all LEDs on the front as well as the back and the wheel arches are slightly angular. There are a totla of 14 paint finishes on offer – four standard and 10 metallic colour options. Internationally, the car has been unveiled with five engine options – two diesel and three petrol, and three transmission options – 6-speed manual, 6-speed DSG and 7-speed DGS Transmission. Although the one expected to come to India is the 2.0-litre TDI diesel engine with 7-speed DSG transmission. Another major attraction to the Kodiaq is the boot capacity, which is claimed to be the largest in the segment. According to the company, if you fold down all the seats in the 7-seater model, you can get a jaw-dropping boot space capacity of 2,065 litres. 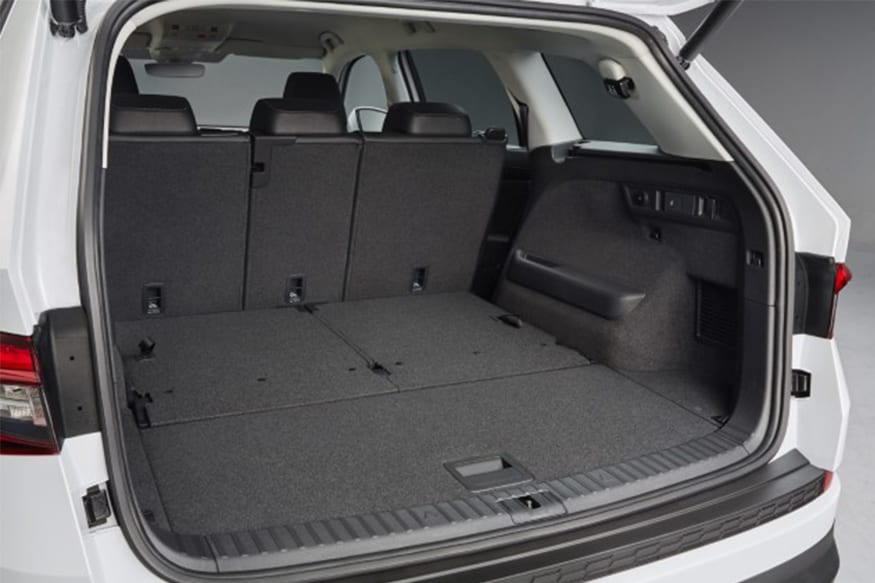 As of now, there has been no announcement about the exact pricing of the Kodiaq. It is expected to be announced during the first quarter of 2017 when the car's sales begin in Europe.
Tags