Steelbird Bunker Rack has been launched at Rs 1,799. (Photo: Steelbrid)

Steelbird has launched a helmet called Bunker Rack which, as per the company, is aimed specifically for Royal Enfield riders and cruiser motorcycle riders.

Steelbird Hi-Tech India limited has launched their new helmet offering – called, the Bunker Rack at a price tag of Rs 1,799. As per the company, the helmet has been made especially for Royal Enfield riders and cruiser bikers. Bunker Rack comes with an anti-scratch visor, anti-theft locking device, removable zipper neck pad allowing the rider neck protection when required and a removable neck pad so that it can be washed and put back. The company also claims that the Bunker Rack boasts of high-impact ABS which provides resistance to any collision in case of a mishap. The new model also utilizes multi-layer EPS (Thermocol) High Density and Low Density. It is designed for safety with air channels for added comfort.

The Italian design theme following helmet has a multi-pore breathable padding on the inside which is anti-bacterial, anti-odour and anti-allergy coated. 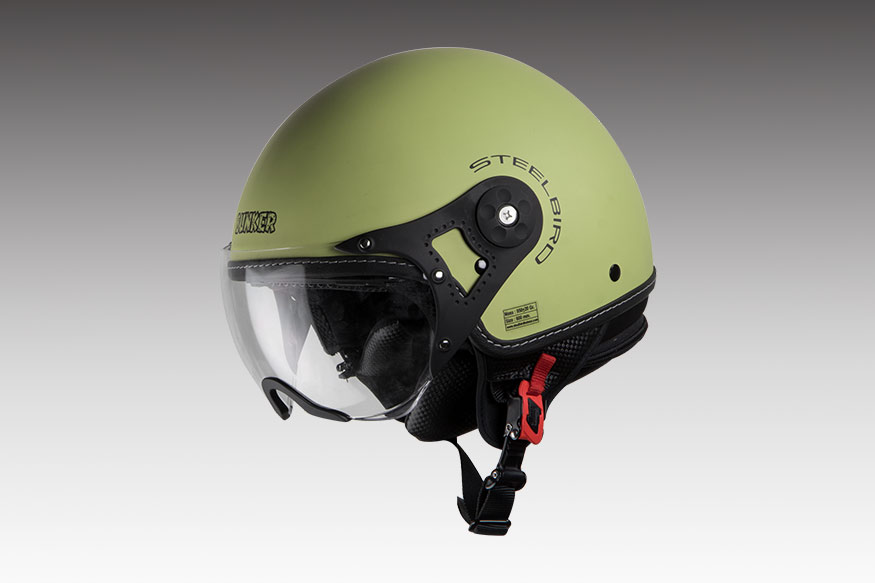 Rajeev Kapur, MD, Steelbird Helmets said “Designed in Italy by the most proficient designers the highlight of the Bunker helmet is that it is specially crafted for Royal Enfield Riders and Cruiser Bikers. Bunker Rack also offers imaginative features combined with international safety standards. The helmet is crafted in such a way that it meets the ECE 22.05 standard too. It is a perfect amalgamation of superior-quality, sophisticated technology and an added safety twist, this model keeps up with the brand image and status symbol.”