Our long-term Tata Nexon has reached the end of its testing period and after spending several thousand kilometres with it, here are our final thoughts on the compact SUV.

The Tata Nexon has been nothing short of a success story for Tata Motors as it not only became one of their best-selling cars but also established itself as one of the best compact SUVs on sale in India. The Nexon pretty much had it all when it came out, it had the looks and a long list of features as well. We even compared it to the then best-selling compact SUV – the Maruti Suzuki Vitara Brezza, and the Nexon had come out as the winner. And after having spent several months, spanning several thousand kilometres, with the Tata Nexon, here are the hits and misses during its long-term test.

The absolute best thing about the Tata Nexon throughout its tenure has been the ride quality and that especially held true during monsoon when the roads give way to new and improved potholes. The Nexon handled bad roads with ease and given its high ground clearance, it was never a concern of having the car bottomed out and also, we could tackle the flooded roads with confidence as well. A big reason for the Nexon’s bad-road capabilities are the chunky tyres that it comes with. They have ample grip even in the wet-driving conditions and while there might be some tyre noise, the trade-off is worth it. 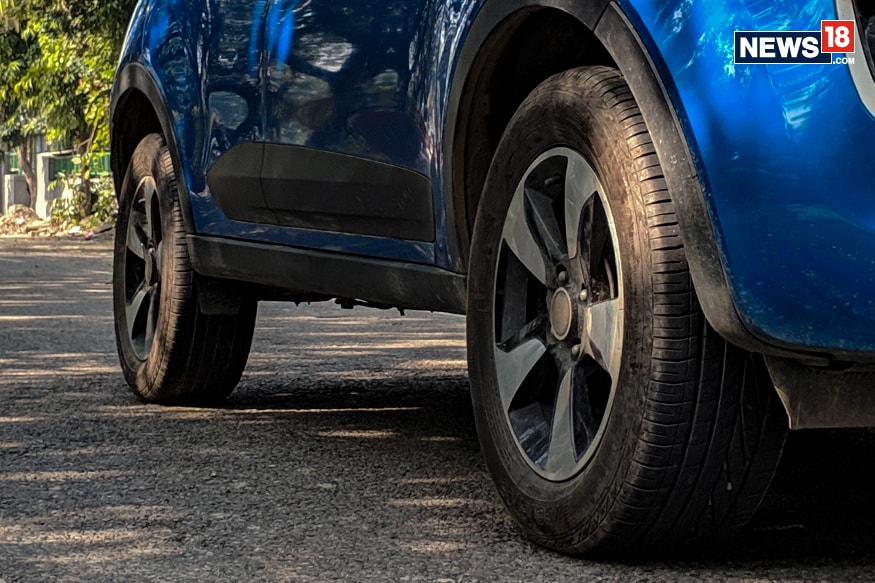 Now, of course, the tyres cannot do all the soaking up by themselves which brings us to the suspension setup which is frankly, fantastic. The Nexon feels planted even on the highway and car can soak up undulations very well. That’s not it, there’s not a lot of body roll and the car feels planted even during fast turns and you really have to try to break traction and unsettle the car. But then again, at that point, any of the existing compact SUVs will do so. 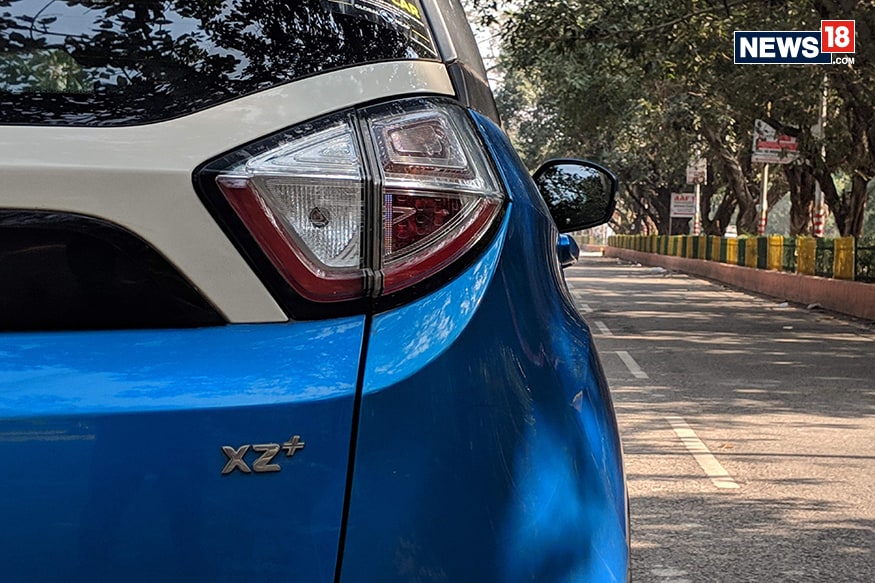 Our Tata Nexon was the top-spec XZ+ variant which is only second to, in terms of price, the XZA+ variant with the difference being that the latter gets an AMT-transmission. Our unit was the diesel-manual, which means it is powered by a 1.5-litre ‘Revotorq’ diesel engine that, thanks to the turbocharger, makes an impressive 110 hp that is delivered as low as 3,750 RPM and a massive 260 Nm of torque that comes in as low as 1,500-2,750 RPM. The transmission that comes along with it is a 6-speed unit and interestingly, the Nexon also offers three drive modes – ‘Eco’ for maximum efficiency, ‘Sport’ for maximum performance and ‘City’ that delivers a balance of both. The engine feels comfortable stretching its legs to triple-digit speeds and can cruise at it for days. The 6-speed manual gearbox is spaced out well and we mostly left the car in ‘City’ mode as it offers the best combination of relaxed driving along with decent performance. The need to switch to ‘Sport’ mode only comes when you really want to get going at highway speeds. Otherwise, the City mode does the job in almost every situation. The ‘Eco’ mode, however, dulls the car quite a bit and given how peppy the car is otherwise, you might end up wanting for more from this mode. 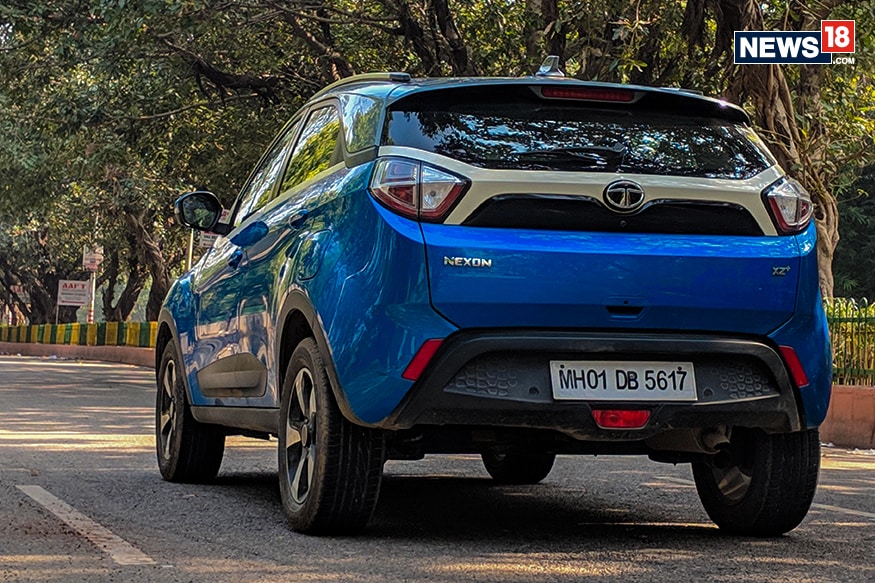 And while driving is when the next best thing about the car shines through – the in-car audio experience. The Nexon comes with an 8-speaker Harman audio system which is frankly, the best audio experience in this segment and while you may not notice it every day, you certainly miss it when you sit in another car which belongs to this segment. The touchscreen infotainment system, on the other hand, feels a bit laggy but since there is compatibility for Android Auto and Apple CarPlay, we mostly did not use the stock UI. In terms of practicality, the 350-litre boot space was sufficient for the airport runs and the rear seat has ample knee room, shoulder room and headroom. The presence of a rear-AC vent is a welcome addition and having three people sit abreast at the back was not a problem either. There are also a lot of compartment spaces all throughout the cabin although the centre console doesn’t really have a lot of space for keeping your phone. What we ended up doing was to close the tray behind the gear lever and use that as a place to keep our phone.

But no car is perfect and the Tata Nexon is no different as there were a few things that it left us wanting. One of them was the driving ergonomics which you might take some time to get used to. But if you are coming from an existing Tata car, then it will feel no different as prior to the Nexon, we also have done a long-term test of the Tata Tiago and the Tata Tigor, and all these three cars have similar ergonomics. Also, while the cabin is well insulated from outside sounds, the engine noise does manage to creep in a bit. Still, it is not the noisiest cabin in the segment is instead, one of the better-insulated ones, overall. Lastly, there were a few creaking noises that started to come from the plastic panels but that can easily be fixed with a proper service, something that our Nexon was due for.

This is the kind of range we got from our #LongTerm @TataMotors #Nexon. We are testing the Diesel engine powered version with the Manual gearbox, and the car still had about 50 kilometres of range left in it. So that means, over 700 km of range that too in daily city commute! pic.twitter.com/5ErWSv16qi

So all in all, the Tata Nexon has been a fantastic company for the past few months. And when you think of it, in a city like Delhi (where it spent most of its time), there’s not a lot more you can ask from a car. For everyday commutes, for weekend groceries, for tackling through the congested slow-moving roads and giving the confidence to tackle the monsoon-hit roads, the Tata Nexon has been able to do it all with ease. The cherry on the cake comes in the form of the fuel efficiency as well, as the Nexon returned a mileage of 18 km/l through jam-packed daily commutes with the air-conditioning on at all times.

Lastly, there’s the price factor which, as the most affordable compact SUV, the Nexon will make you overlook a lot of things and then some more. At the end of the day, the Tata Nexon is a great value for money car and makes for a good recommendation for those looking to switch up from a budget hatchback. 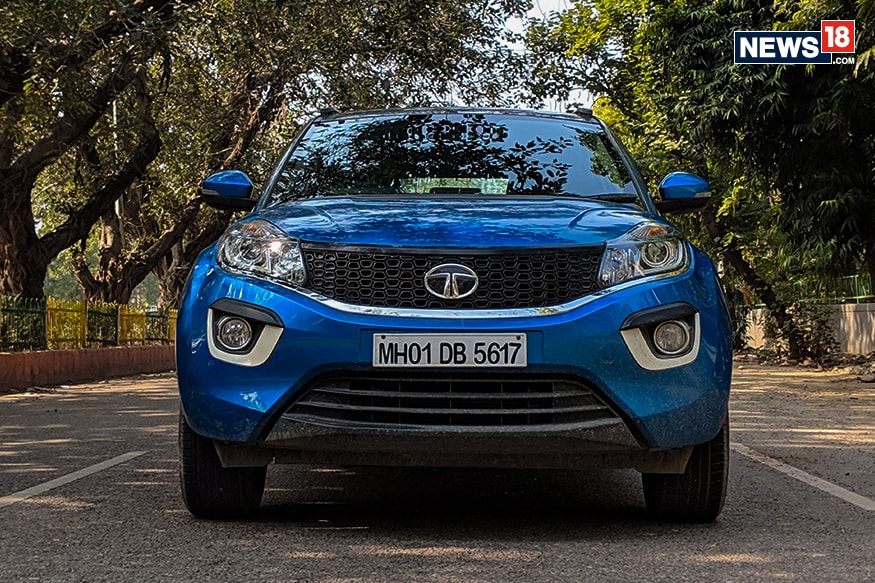