With the new chips already shipping in Tesla’s latest models, despite a global shortage, the benefit can already be seen especially in the self-driving technology.

The global electronic and automotive industry industry is facing a major supply chain disruption, that has creating a backlog for most of the manufacturers. This supply chain disruption is caused by shortage of processor chips, as small as a coin in size, but provides computational power to smallest of things like mobiles and video games to biggest of machines like space rockets and planes.

The automotive industry is no stranger to the trends, either. Manufacturers are piling millions into sourcing these chips to power their ambitious electric and ambitious cars. Tesla, one such maker for globally renowned electric vehicles and also among world’s most powerful auto companies giving run for money to century old brands is also dependent on these microchips, which has more power than biggest of the machines out there.

As per a study done by Select Car Leasing, Tesla’s microprocessor’s Artificial Intelligence is more powerful than Apollo 11 rocket that put humans to moon, Apple iPhone, and even world’s most powerful fighter jet, the F-35 Lightning II by Lockdheed Martin. 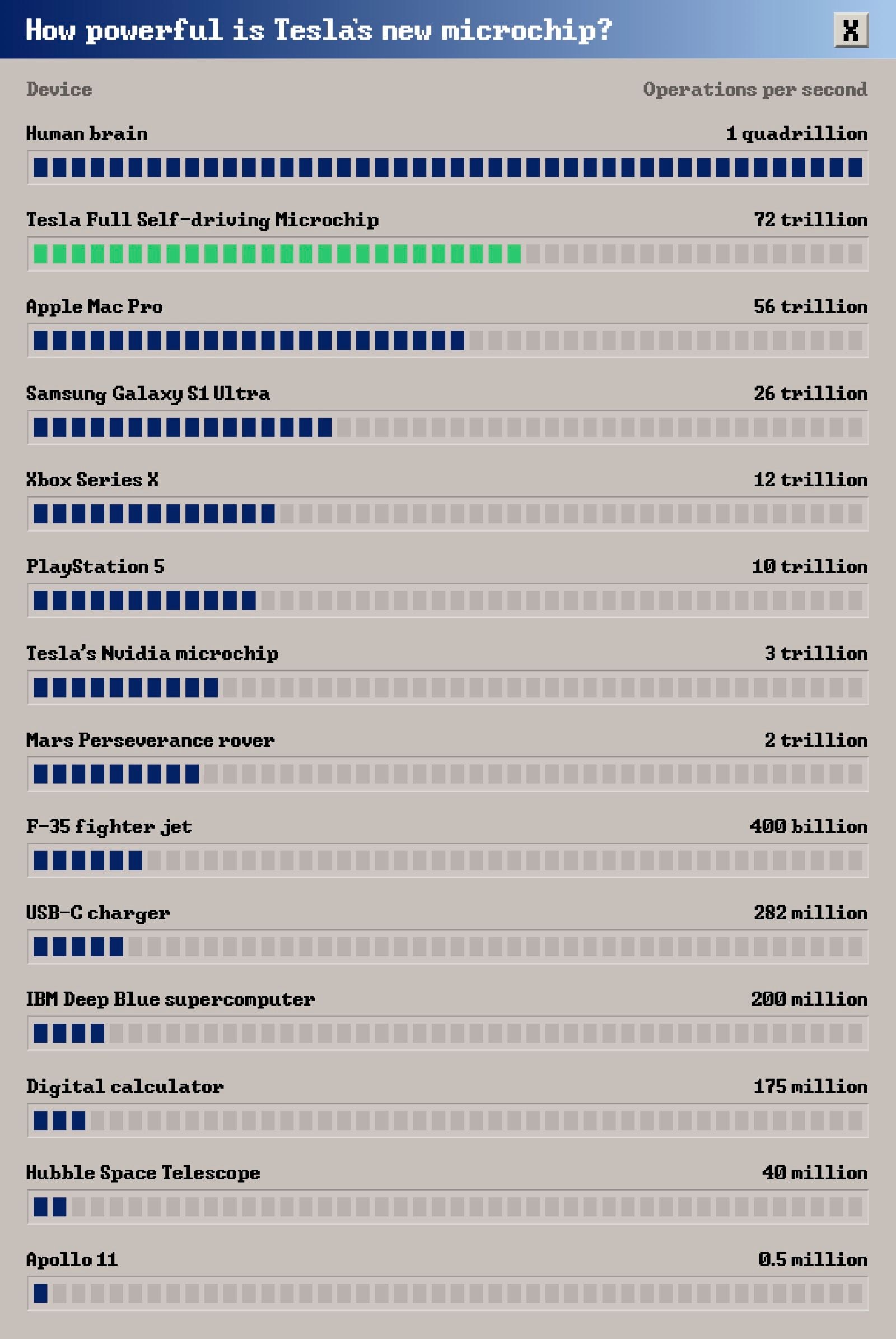 Elon Musk recently replaced the previous chips made by Nvidia with Tesla developed and Samsung made chips which is claimed to be 21-times improvement on the previous chip from Nvidia. It’s made up of two ‘neural network arrays’ that are each capable of 36 trillion operations per second. This allows it to process camera, sensor, radar and GPS data on the fly – especially useful for Tesla’s automated driving functions. They even claim it’s smart enough to power fully self-driving cars when the tech and law allow.

To put it into perspective, the IBM Deep Blue supercomputer that controversially beat world chess champion Garry Kasparov lags way behind on 200 million. The only ‘computer’ to top Tesla’s new chip in our research is the human brain, with a near-incalculable one petaflop of processing power – one quadrillion operations.

Most staggering is that it could replicate Neil Armstrong, Buzz Aldrin and Michael Collins’ trip to the Moon an incomprehensible 144 million times. The new Model S and Model X feature an in-car display that alone is capable of 10 teraflops’ worth of power – almost equal to the PS5 and Series X. Musk himself teased the ability to play full videogames on the system.

Interestingly, fighter jets, that are considered to be the most powerful machines are lagging behind. An F-35 Lightning II, the US Air Force’s ultra-advanced fighter jet, could be powered 180 times.