News18» News»Auto»The Success Story of Kia Seltos SUV in India: Due to the Absence of Kia Rio Hatchback?
7-MIN READ

The Success Story of Kia Seltos SUV in India: Due to the Absence of Kia Rio Hatchback?

One of the biggest automotive success stories of 2019 has to be the entry of Kia Motors in India and the response to the Kia Seltos. But what if Kia had done the obvious and entered India with a hatchback?

The year 2019 has to be one of the most dramatic years for the automotive industry in the last decade because of the things that happened last year, things that no one expected. Sales slowdown, new entrants coming in, numerous government reforms that end up giving electric Vehicles a push unlike ever before and so much more. But there was an anomaly – Kia Motors. It was a new brand entering into one of the toughest automotive markets in the world, where the last new brands that entered India have had to go through a very long-drawn-out process to achieve a small pie of the market share. 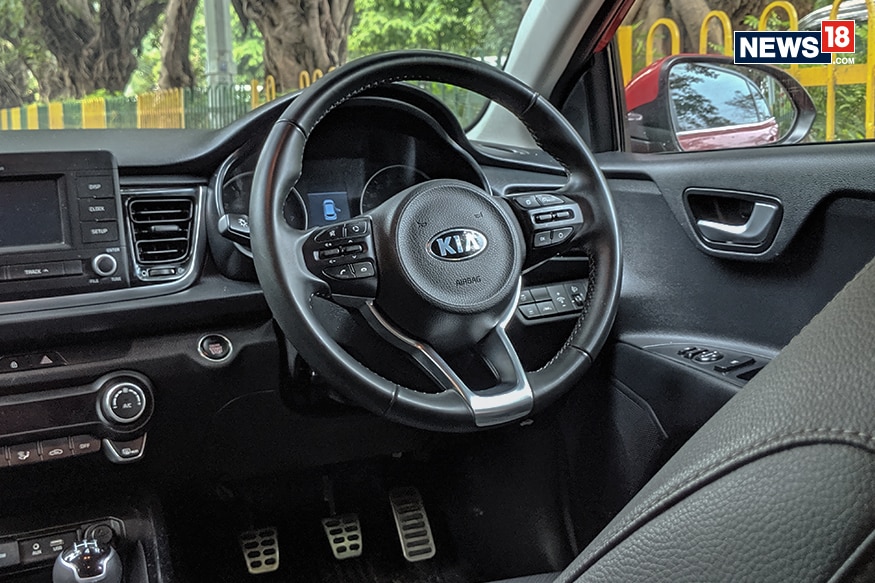 Kia badging as seen on the steering wheel of the Rio. (Photo: Manav Sinha/News18.com)

That’s not it, Kia also had the humongous task at hand of not ending up being seen as the sub-brand of another bigger automaker that is already selling in the same market. In case you are wondering how, well, Kia Motors is owned by Hyundai which is the second biggest player in the Indian market. On top of that, Kia’s time of entry into the Indian market was a rather tricky one. It launched its first car on August 22, right in the middle of one of the worst automotive sales slowdown that India has ever seen. But before the launch happened, they had a task at hand. Kia has a load of cars that are sold globally and given the tricky waters it had to manoeuvre through to be a success in India, which car do they launch first?

It sounds like a simple question but the first product coming from a company has a lot to deliver on. It needs to be the car that defines the brand identity for years to come. It needs to make a lot of sense to a lot of people. This ranges from automotive enthusiasts to those who have never heard the brand’s name, to even the global market as it has to validate the decision of the brand, the decision that was to enter such a competitive market at such a time was right. 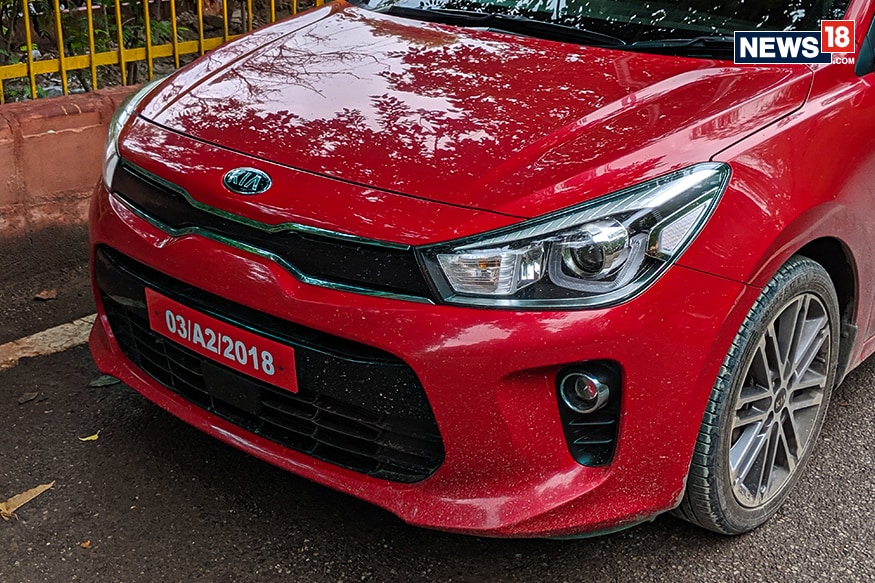 It surely had to be a hatchback, didn't it? (Photo: Manav Sinha/News18.com)

Surely then, it has to be something that works, something that sells by the numbers and at the least guarantees, some amount of success given it would belong to a segment that sells a lot. After all, a small pie of a bigger pie, is still a big small pie, get it? Well, that would have been the hatchback segment as it is here where you have the most number of vehicles being rolled out on the roads.

And Kia Motors had one hatchback that they did bring to India but never launched it – the Kia Rio. Being one of the lucky few, I got to test that car in global-spec, meaning that it has not been modified to meet Indian conditions (the suspension, for example), in India itself. And what a car it was! The Kia Rio is one of the best hatchbacks that I got to drive in 2019. (Photo: Manav Sinha/News18.com)

It sat low to the ground, maybe too low even, but had a promising stance. It wore big wheels and had the suspension set up for near-perfect roads that we see in the countries that it is sold in – both of the things that would have been the first in the bin if ever the Rio was modified for India. The next thing would have been the infotainment system because well, we Indians are a spoilt bunch and want a large touchscreen in everything. But other than that, it was pretty close to how it would have been if it had been launched in India.

However, this brings me to 2019 again. Because, in short, the Kia Rio was the best hatchback that I had driven last year. And now when I look back, I realise it had everything that the Seltos offers – a fantastic build quality, safety, head-turning design and spectacular driving dynamics. It was spacious, practical and looked good even when splattered in the rain as you can see in the pictures. And at the time of testing, it had been about 2 years since the car was launched by Kia, globally. When you look back, the Kia Rio delivered the same fundamentals as the Seltos. (Photo: Manav Sinha/News18.com)

But above everything, the Kia Rio was a driver’s car, at least in this state of tune.

But despite being a great car, Kia decided not to launch it as their first car. Instead, they launched the Kia Seltos – a mid-size SUV! And while the numbers only tell you a part of the story, it does tell enough. Kia SP2i - the prototype before taking the final shape as the Seltos. (Image: Manav Sinha/News18.com)

The Kia Seltos had received 6,046 bookings on the very first day of the bookings officially commencing. It launched on August 22 and within 10 days, by the time the month ended, Kia had sold 6,200 units. This is when the entire automotive industry was facing a slowdown. To give you a reference of how big this number was, Kia had sold 91 units less of the Seltos in Korea, their home market. By the end of the month, Kia had 35,000 bookings at hand and crossed 40,000 bookings in just 35 days, creating a record. In September, Kia sold even more units proving that it was not just the first month rush in August. They sold 7,754 units that month, a month where another brand had suffered a 56 per cent Year-on-Year (YoY) decline. And to put it beyond any doubt, October sales stood at 12,800 units. In November, Kia sold the highest they ever have – 14,005 units. This made them the fourth biggest automaker in India, only after Maruti Suzuki, Hyundai and Mahindra – a feat that several auto brands have not even achieved in India in the first place. This month, the Kia Seltos beat the likes of the Maruti Suzuki Vitara Brezza which sold about 2,000 units less.

The streak ended though last month, rather abruptly, as Kia Motors sold 4,645 units – a Month-on-Month (MoM) decline of 67 per cent.

But still, Kia did all of this with not a budget hatchback built to a cost and tuned to deliver mileage over everything else, but with a rather flashy mid-size SUV filled to the brim with features, whose strongest point is the way it drives. None of this would have been the “obvious” way to enter India and yet they did. They knew it all along what India wanted when they showcased the SP2 concept vehicle at the 2018 Auto Expo. 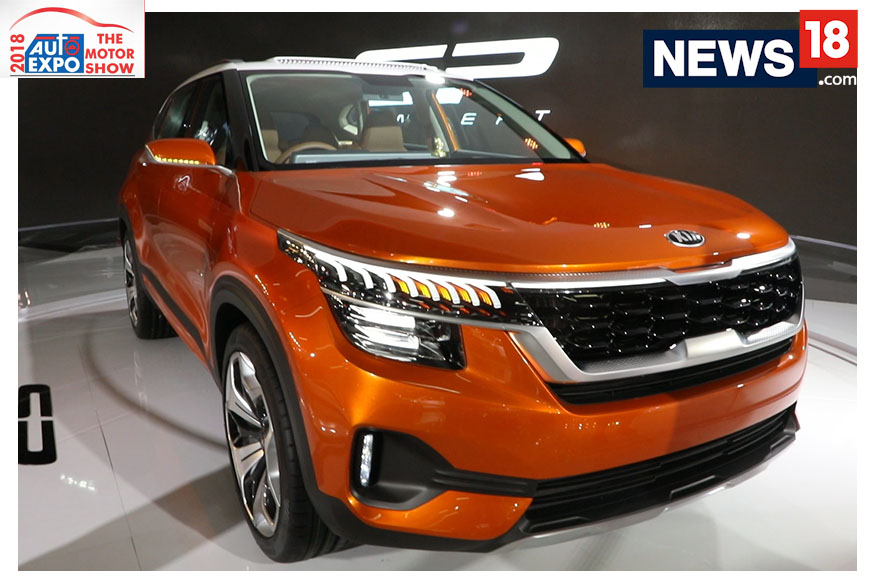 Kia SP Concept was unveiled at Auto Expo 2018. This would go one to become the Kia Seltos. (Image: News18.com)

So is their next car a hatchback? Well, no. The next is a rather unusual second-car-segment for a new automaker – MPV. It will be called as the Kia Carnival and will go up squarely against the segment favourite Toyota Innova Crysta and will follow the same footsteps as of the Seltos, that is, to offer a car loaded with features that offer great value for money. The Carnival MPV even gets an automatic sliding rear door which, well, automatically slides open at the touch of a button – this we know because the Carnival, available globally, was also brought to India as part of their study to see whether it makes sense to be the second car launch for the Indian market.

So is their third car the Rio, then? Well, it could be an Electric Vehicle, probably a derivative of the Seltos but all of that is just a rumour as of now. And beyond that is just too far to speculate right now.

So at the end of the day, the Kia Rio may or may not ever come to India. Maybe a version of it will, eventually, probably. But as of now, it remains as one of the best hatchbacks that I have driven.

But then again, we have seen how it panned out for other automakers in India who took the “obvious” road into our market with a hatchback. And now that you know all about Kia Motors, including the fact that it is owned by Hyundai, would you have loved them the same as you did with the Seltos if the Rio was actually the first Kia car to be launched in India?