This Modified Nissan GT-R from ADV.1 Wheels Looks Like a Low Rider

The Nissan GT-R is considered one of the ultimate sports cars offered from a Japanese automaker. The famed Skyline GT-R skyrocketed the fame of the Japanese thoroughbred even further. However, the folks at ADV.1 Wheels have taken it a step further with some radical changes. It gets purple paint job with low stanced wheels tucked into widebody fenders that almost gives it the appearance of a low rider. The modified GT-R comes with the wheel manufacturer's dealer in Indonesia and sports a Rocket Bunny Pandem body kit. The car features ADV.1 wheels which are four ADV5.0 CS 21-inch track-spec rims in this particular case. It can be safely assumed that the modified GT-R would have a mechanism to raise the suspension and make it more driveable on the road. 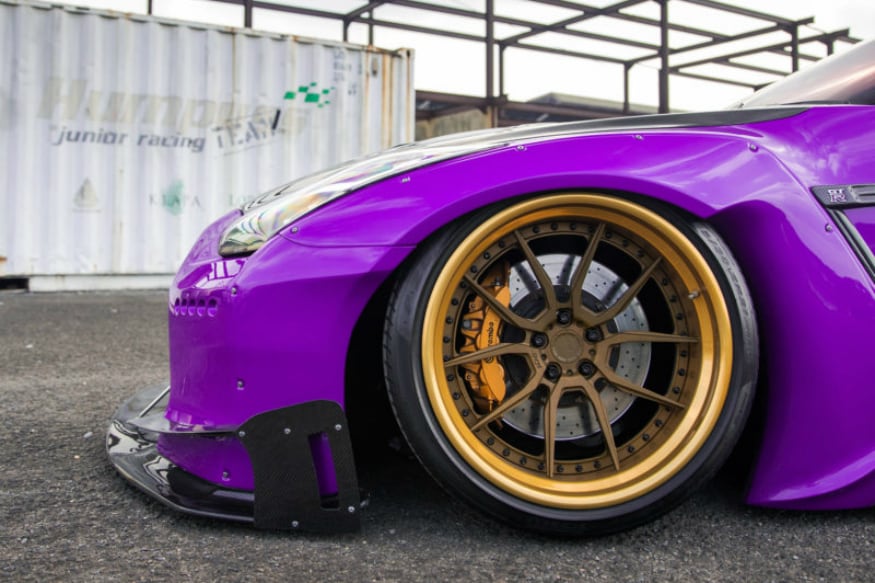 The model year for this particular Nissan GT-R is 2018, which means, with any modifications, the car gets 565 hp going to all the four wheels. There are obvious modifications to the suspension but how they'll translate into more performance and handling, which the standard GT-R already possess, is hard to comprehend. Either way, the modified Nissan GT-R looks uber cool. 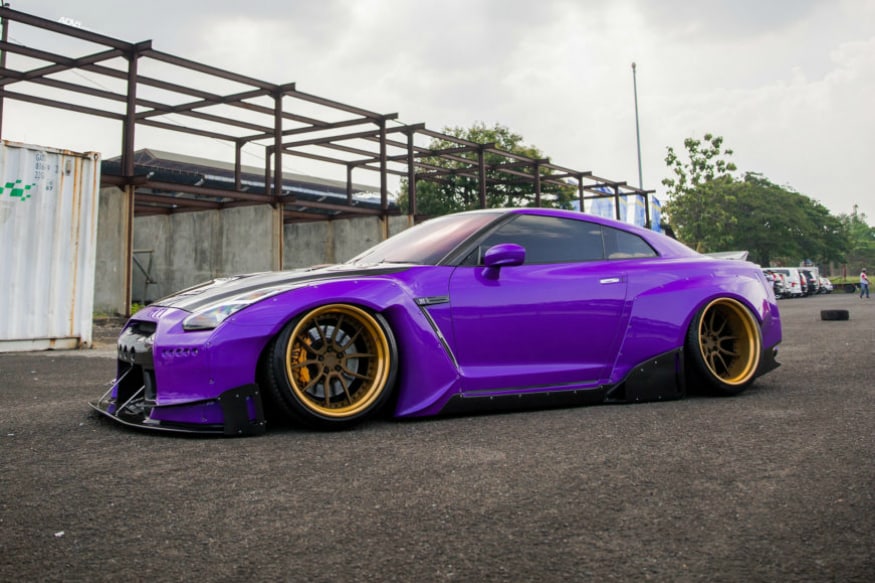 The GT-R is certainly a car which we’ve seen dressed up to such a degree many times, though to be honest, this one with its purple finish and gold/black stanced wheels could be the most shocking of the bunch. Beauty is in the eye of the beholder so we try not to go too far into personal preferences on such things. We’ll just say this creation isn’t our first choice for hitting the streets in a GT-R. With its purple finish and gold/black stanced wheels, this Nissan GT-R could be one of the most shocking modifications we've seen so far. It goes without saying that the Purple Pandem Rocket Bunny Widebody Nissan GT-R with Adv5.0 track-spec CS wheels is definitely a looker!