This Motorcycle is Called Alyen and is Made by Vyrus, And is As Crazy as it Sounds

The Vyrus Alyen superbike is out of a sci-fi movie.

When it comes to designing motorcycles, there is no one who does it like the Italians. You can trust them to make the most beautiful machines of recent times, push the technological boundaries or in some of the cases, bring both of these things together to create a masterpiece. And that’s exactly what Italian automaker Vyrus, yes that’s what they are called, have done with their latest offering called Alyen. 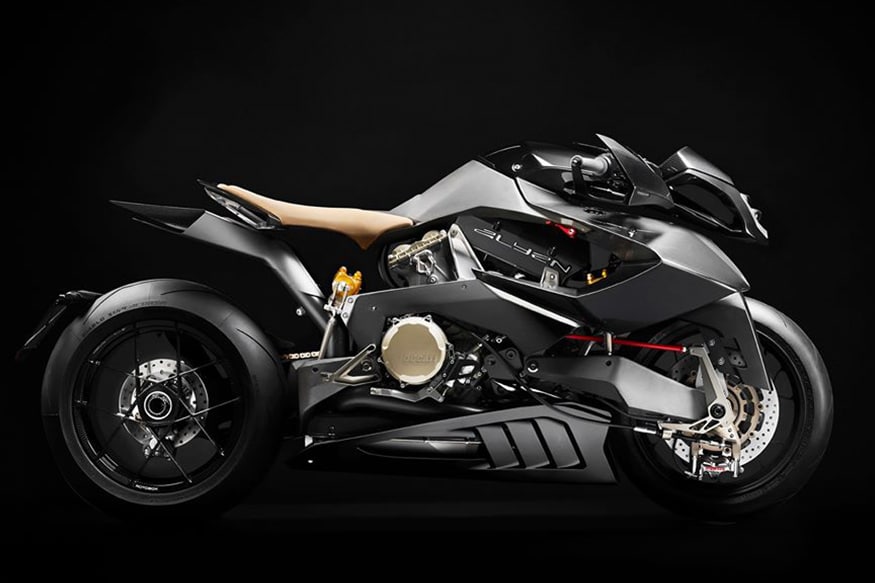 Vyrus Alyen from the side. (Photo: Vyrus)

Those with a keen eye would have noticed the lack of a front suspension on the Vyrus Alyen. That’s because the motorcycle uses a hub-centred steering setup and the front wheel is connected through a swingarm, just like the real wheel. The steering is done through a series of linkages which connect from the handlebar to a point close the front swingarm pivot and then to the front wheel. The biggest positive of such a setup is that the motorcycle remains extremely stable during braking as there is no front nose dive when braking hard. Also, all the braking forces, which would be in the opposite direction of the front wheel, don’t have to go through a suspension and hence, gets directly transferred to the chassis which makes it even more stable. All of this results in improved performance and stability.

Having said that, there is suspension at the back and the Alyen uses a single-sided swingarm at the rear.

Those who know about how a hub-centred steering system works might be aware of the Bimota Tesi H2 which came out last year. Here’s a fun fact, the man behind both the Tesi H2 and Alyen is the same – Ascanio Rodrigo. 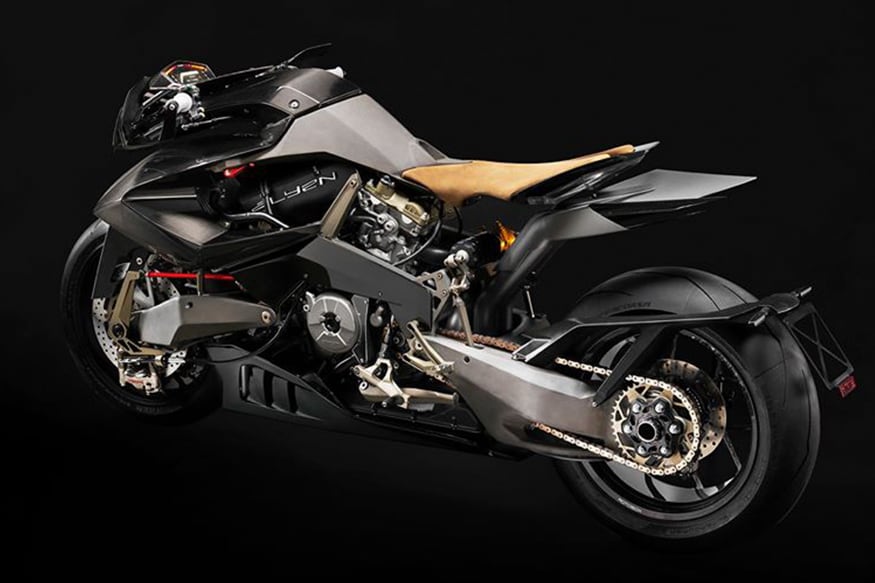 Another interesting thing about the motorcycle is that Vyrus uses what they call as ‘Double Omega’ configuration. What this basically means is that everything is built around the engine and in the case of the Alyen, it’s all made from magnesium. You see, thanks to this design, they don’t need a conventional frame as they can instead mount everything directly to the Double Omega around the engine. That is where the front swingarm, rear swingarm, suspension linkage, seat, fuel tank and handlebar connects to. And as a result, gives it a small wheelbase which makes it agile and nimble. And when you add the braking stability, then you get a very fast motorcycle. 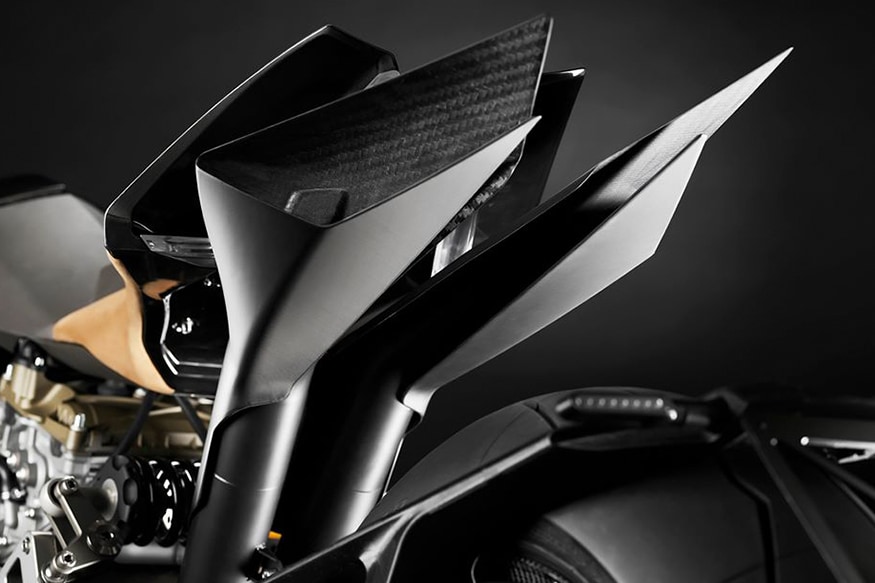 As of now, there is no word around the price tag of the Alyen or its availability. But be assured, with the Alyen being a technological and aesthetical art piece, it is going to demand an equally mind-blowing price tag.