This Suzuki Jimny called the Black Bison has been designed by customisation company Wald International.

The Suzuki Jimny is one of the most adored lifestyle SUVs around the world. The car is also speculated to be introduced in India with two extra doors. However, as that development takes shape, we bring you an iteration that most owners would like to have in their garage.

This Suzuki Jimny called the Black Bison has been designed by customisation company Wald International. The render of this off-road customisation comes with a slew of tweaks that have made the car even more appealing.

The car sports a dark base shade with a little use of red accents on the front and wheels. At the front, the car gets a custom bumper designed in-house by Wald. There are LED DRLs, vertical slat grille, round projector headlamps and a metallic bash plate. 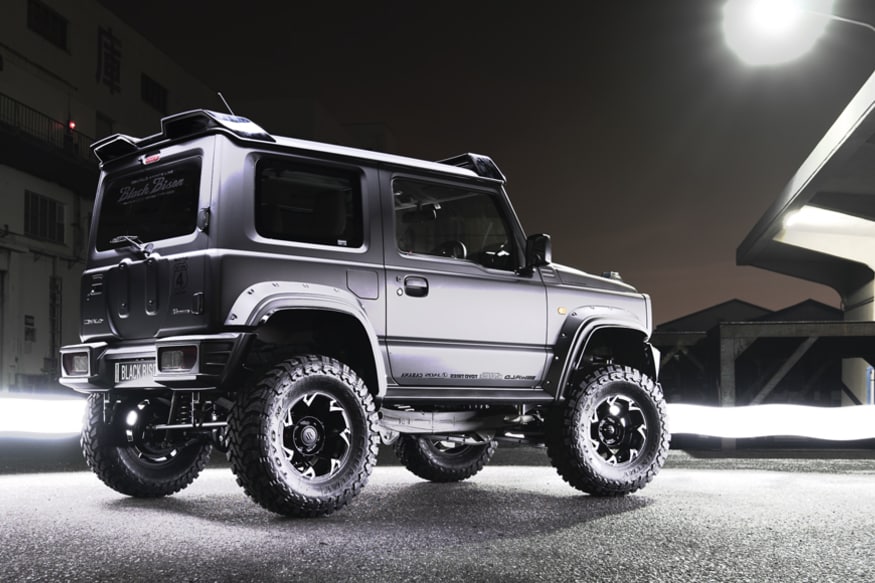 On the side, the car sits on a set of new off-road focussed tyres and flare wheel arches to house it. There are roof-mounted LED lights, bonnet scoops, custom rear bumper and a unique tyre mount with a body-coloured cover with it.

Earlier this month we had reported that the three-door version of the car that was showcased at Auto Expo will not be the one introduced in the Indian market.

Unlike the 3-door version that we saw, Suzuki is pondering over a 5-door version of the same for India. With a larger cabin and two extra doors, Suzuki believes that the car will cater to a larger audience, idle for family buyers as well.

There have been no speculations about its specifications so far. But we cannot wait to see the difference in capabilities between the iteration that quickly became one of the most popular lifestyle off-road SUVs in the world and its stretched version.