As Diwali approaches automakers are expecting a turnaround that would improve the slump in sales that the industry has been witnessing for the past 11 months.

The onset of the festive season seems to have made no difference in the automotive industry as manufacturers continue with the prolonged slump that has been witnessed since the past 11 months. However, automakers continue to provide attractive offers to lure in customers during Diwali. And here are a few cars under Rs 10 lakh that you can buy this Diwali.

The current Honda Amaze looks a lot more aggressive and gives the impression of a proper sedan rather than a stretched hatchback and that’s largely due to the wheelbase. Overall the car looks more proportionate. Inside the cabin, the car gets double-layered dash finished in black and beige. It also gets a 7-inch touchscreen infotainment system that supports Apple CarPlay and Android Auto. The Amaze gets two engine options including a 1.2-litre petrol engine that produces 89bhp and 110Nm of torque. Prices for the Amaze begins at Rs 5.93 lakh (ex-showroom, Delhi)

The Hyundai Venue is the brand’s first model in India to feature the ‘Blue Link’ connectivity solution, with 33 connected features. It gets features like remote start-stop, remote climate control and remote door lock/unlock, along with a find my car function. The Hyundai Venue SUV will come with Hyundai’s first model in India to offer in-house developed 7-Speed and an automatic gearbox with DCT technology. The Venue also gets 6-speed and 5-speed manual transmissions. Another first from Hyundai is the 1.0-Litre Kappa Turbocharged GDI Petrol Engine. Apart from this, the Brezza rival will also get the 1.2-litre Kappa Petrol and 1.4 L Diesel Engine. The Hyundai Venue begins at Rs 6.50 lakh (ex-showroom, Delhi).

The Swift gets a 7-inch infotainment system with Maruti Smartplay. The recently-launched BS-VI version comes with a co-driver seatbelt reminder, a speed alert system, and rear parking sensors as standard. The Swit is available in thirteen variants that include 7 petrol and 6 diesel versions of a 1.2-litre block. While the Nios has been launched with BS-VI compliant petrol engines without any plans of dumping the diesel ones due to the new norms, the Swift is expected to lose out on the diesel powertrains, falling in line with the company's decision to be independent of diesel engines after April 2020. Both the diesel and the petrol engines churn out 82bhp and 114Nm of torque. Prices for the Maruti Suzuki Swift starts at Rs 5.14 lakh (ex-showroom, Delhi).

The Hyundai Grand i10 Nios offers first-in-segment wireless phone charger, 7.9-inch touchscreen infotainment system - a Multi-media system equipped with smartphone connectivity - Android Auto, Apple Car Play, Voice Recognition Function along with i-Blue Smartphone App Support. It also features Arkamys Premium Sound System with 4 modes to choose – Natural, Live, Lounge and Club. The Nios ships with BS-VI compliant 1.2-litre engine in both petrol as well as diesel guise. The engines will come mated either to a five-speed manual or an AMT. The two engine options are available across 10 variants which includes seven variants of the petrol and three of diesel. For the first time in its life cycle, Hyundai will provide the diesel engine with an automatic transmission in the Sportz trim. The petrol and the diesel engines output 81bhp and 113Nm of torque. The standard variant kicks things off at Rs 5 lakh (ex-showroom, Delhi). 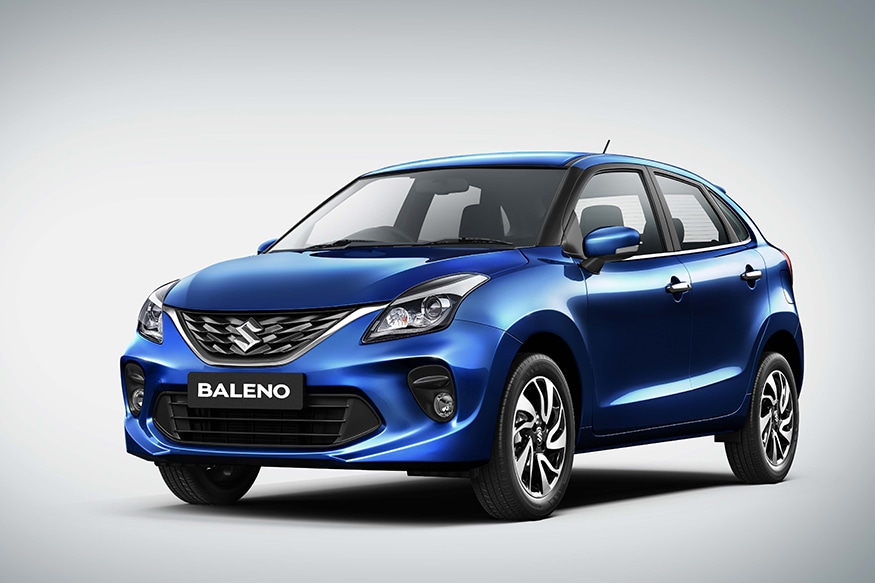 Maruti Suzuki Baleno gets sporty all-black interiors with silver inserts. Baleno also gets the same touchscreen infotainment system that supports Apple CarPlay and Android Auto. It also gets rear parking camera and sensors, climate control, engine start-stop button and a detailed instrument cluster with a TFT screen. The boot on the Baleno is bigger with 339 litres storage. Under the hood, Maruti Suzuki Baleno it gets the same 1.2-litre K series petrol engine and a 1.3-litre DDiS DOHC engine. The petrol engine produces 84PS/115Nm and is mated to a 5-speed manual transmission with an option of a CVT only in the Delta trim. The diesel engine, on the other hand, produces 75PS/190Nm. It gets a 5-speed manual transmission with no automatic gearbox, even as an option. Prices for the car begins at Rs 5.59 lakh (ex-showroom, Delhi).