We have decided to put together a list of five motorcycles which should be able to suffice your requirement and give you exceptional value for money.

The motorcycling culture in India is growing unlike ever before and high capacity motorcycles have been gaining popularity as well as receiving unparalleled acceptance in the two-wheeler market in the country. The kinds of offerings that you will find in a budget of Rs 3 lakh to Rs 7 lakh are several and also involves several manufacturers as well. We have decided to put together a list of five motorcycles which should be able to suffice your requirement and give you exceptional value for money. Keep in mind, though, that the list involves motorcycles from different kinds of segments and hence, the list is in no particular order.

So, with that out of the way, let’s get to the list of five motorcycles which are right for you within a budget of Rs 3 lakh to Rs 7.5 Lakh.


Cruiser motorcycles are popular in India and if you wanted to have one within this budget then we would recommend the Kawasaki Vulcan S. This would be one of your best bets if you want to enjoy an authentic cruiser experience.

The 2017 Vulcan S shares its underpinnings with Ninja 650 and is powered by the same 649cc 4-stroke, 2-cylinder, DOHC, liquid-cooled engine which is mated to the 6-speed gearbox which comes with the positive neutral finder. The engine is tuned to produce 60.2 bhp at 7500 rpm and 62.78 Nm of torque at 6600 rpm.

The offering by Kawasaki in India is built on high-tensile steel diamond frame and the suspension duties are handled by 41mm telescopic fork/5.1 in at the front and lay-down offset rear shock with linkage and adjustable preload/3.1 in at the back. The brake on offer is a single 300mm disc with the twin-piston calliper on the front and there’s a single 250mm disc with a single-piston calliper at the back. The bike also comes with dual channel ABS system. But if you want a motorcycle that can deliver a mix of both – performance and comfort, then there’s hardly a better offering than the Honda CBR650F. Powered by one of the most refined powertrains in the segment, the motorcycle is a delight to ride. And with the new updates that it has received with the 2017 model, the CBR 650F looks sharper than ever.

The new CBR650F is a middleweight Super Sports style motorcycle with an aerodynamic fairing and specially designed air ducts. It is powered by a 649cc, DOHC inline, four-cylinder engine that develops 63.7kW @ 11,000rpm and has a new 6-speed short ratio gearbox.

The sporty clear-lensed LED headlight in the new CBR650F ensures that you can see well ahead on the darkest roads. The rear LED tail light is housed in the sleek tail section and emerges as a bright & noticeable spotlight.

The 2017 CBR650F is equipped with new dual-piston Nissin front callipers and sintered metal pads on 320 mm dual hydraulic front discs. The rear gets a 240 mm hydraulic disc with a single-piston calliper and resin mould pads.

The CBR650F is built around a steel diamond frame, which has been strengthened towards the head and made flexible at the spars to provide excellent rigidity and balance. This has been specifically tuned to feel the rush with agile real-world handling. 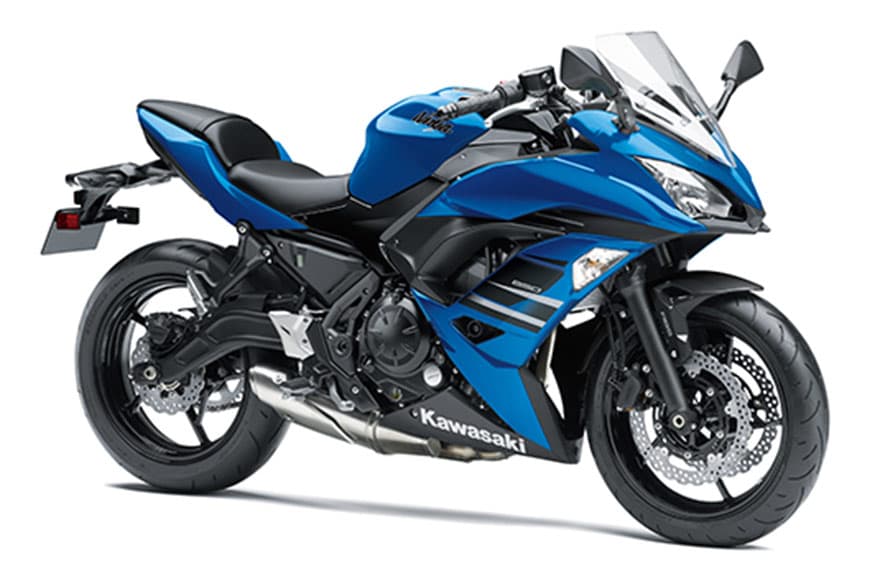 Having covered a proper cruiser and a sports-tourer, if you are still on the hunt for more performance and want a machine that has been designed to deliver on just that – performance – then the Kawasaki Ninja 650 makes for an excellent option. Long considered to be as the go-to performance motorcycle in India, the latest generation of the Ninja 650 takes things even further.

The latest generation has gone on a diet and makes the bike feel a lot more nimble. Styling cues taken from our Ninja supersport models give the Ninja 650 an even more aggressive, sporty appearance. Like on its predecessor, all lines move forward and downward, suggesting a crouching countenance, however, the sharp new bodywork gives the new machine a much more condensed, mass-forward appearance.

The new bodywork is complemented by the new double-pipe perimeter-style frame and the Ninja 650’s characteristic offset laydown rear suspension. The Ninja 650’s Parallel Twin engine configuration was chosen as the best balance of good power characteristics and compact size. Engine tuning delivered both a rider-friendly character ideal for new riders and performance to put a smile on the faces of more experienced riders. The engine’s compact size was one of the keys to realising the Ninja 650’s slim package.


If you want a motorcycle that really stands apart from every other motorcycle and comes with its own heritage, then we recommend the Triumph Street Twin. Classic styling with modern technological features along with the usability that the bike offers makes it a great motorcycle.

It is evident that when the Triumph designers took to the drawing board they had a very clear idea of what they wanted the end product to be and knew their target audience very well. Those who would be buying this bike are most likely not looking at extreme off-roading, track days or across the continent road trips.

What makes it different from other motorcycles in this segment is the kind of everyday usability and practicality it offers. On top that, Triumph says that it can be a very good starting point for those looking to customise their motorcycle and hence, are offering over 150 accessories so that you can have it custom-tailored to your taste. 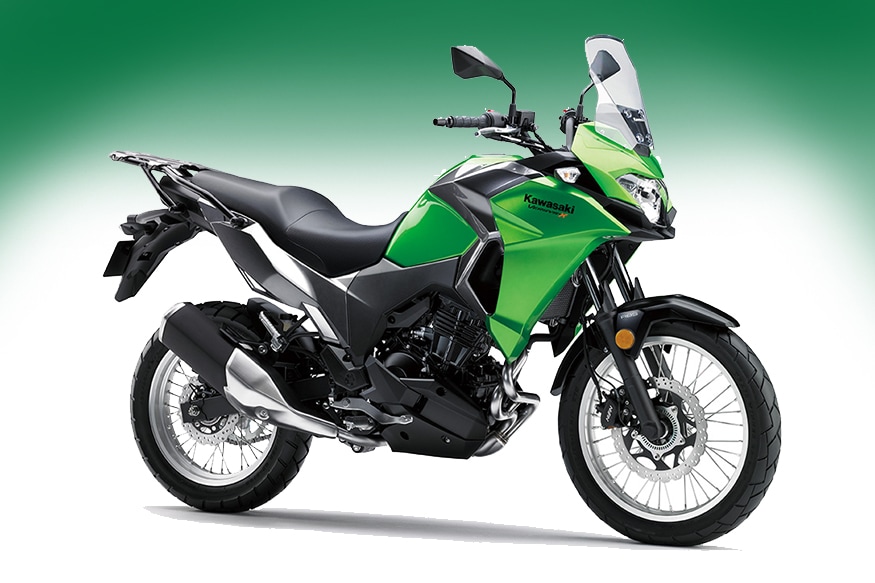 At a price tag of Rs 4.6 lakh, the Kawasaki Versys X-300 is the most affordable offering in this list and yet it is no less when it comes to delivering on promises. The motorcycle not only allows for highway riding as well as proper off-roading, the motorcycle is also relatively more commute-friendly given the size of its engine.

It is powered by a 296cc parallel-twin engine which has been tuned for better low-end and mid-range torque delivery. The fuel-injected engine comes mated to a 6-speed transmission and develops 39 PS of power and 27 Nm of torque.