We make your job a little simpler by bringing you the 5 best options in the Indian market that you can buy under Rs 2 Lakh in India.

Without a doubt, 2020 was indeed a difficult year for a lot of us. But if we are speaking of the automotive arena, things were a bit brighter with the implementation of BS-VI emission norms that refreshed every single product in the market, and a host of new products that in a lot of ways were game-changing. And as we wash off the bitter memories and enter a new year, we are expecting new beginnings, new experience and if things go well, new motorcycles in our garage. Hence we are here to consolidate and make the job a little easier for you by bringing the top-picks you can choose from on a budget under Rs 2 lakh.

Yes, the Hero Xpulse is the first on our list and with good reasons as well. With our has-been roads and the need to find a motorcycle that won’t break your back, the popularity of adventure motorcycles is on an all-time rise. And adding to the sweetness of the deal are impressive motorcycles like the Hero Xpulse 200. 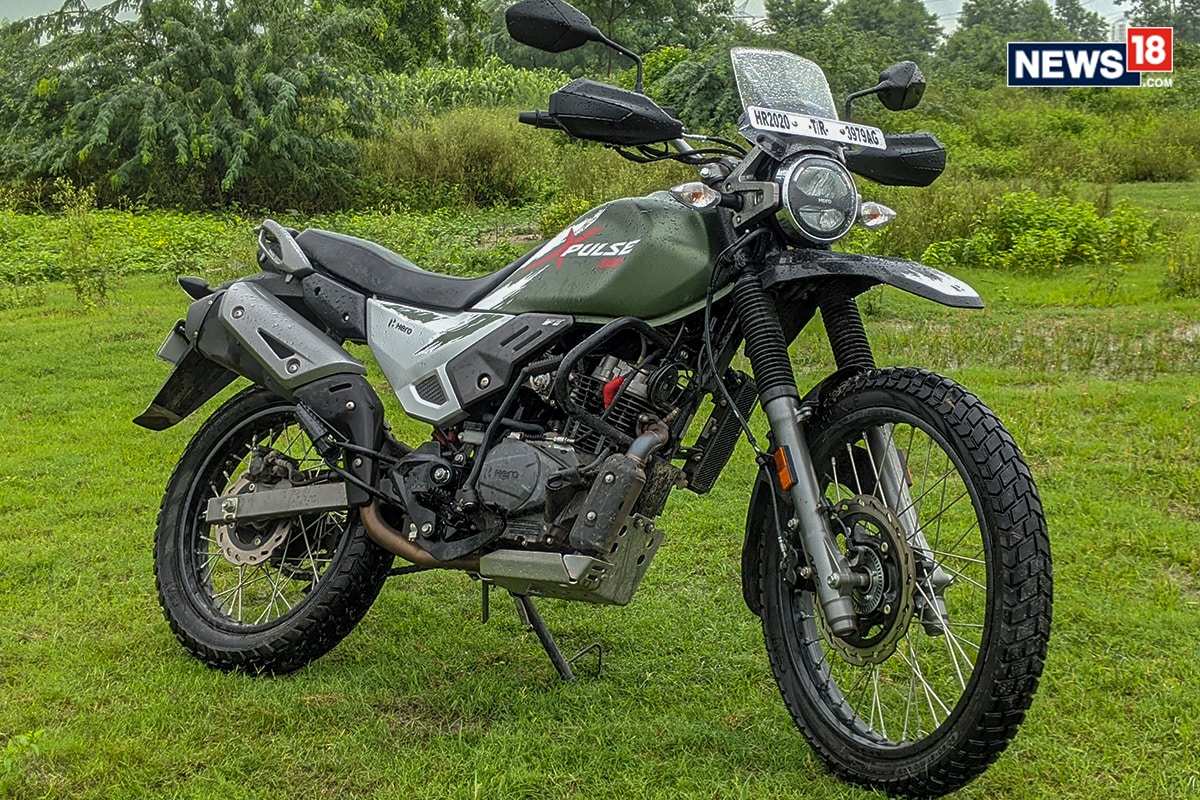 The Xpulse now stands as the most affordable adventure motorcycle in India. Coming in at Rs 1.15 lakh (ex-showroom), the motorcycle is a worthy entry point for anyone who wants to build their skills off the road, all while not cutting a hole in their wallet. The same holds after the purchase as the cost of servicing and spare parts are one of the most affordable in the segment.

The Xpulse is powered by a 199.6-cc engine that outputs 17.8bhp and 16.4Nm of torque. It comes with 21-inch front and 18-inch rear wheels. Suspension duties are carried out by telescopic units on the front with 190mm of travel and 10-step adjustable mono-shock at the rear with 170mm of travel. And for the ones who crave more adventure credentials, Hero is also offering an optional rally-kit at Rs 37,000 that will dial things to 11 with better suspension, a better seat, handle-bar risers and more. 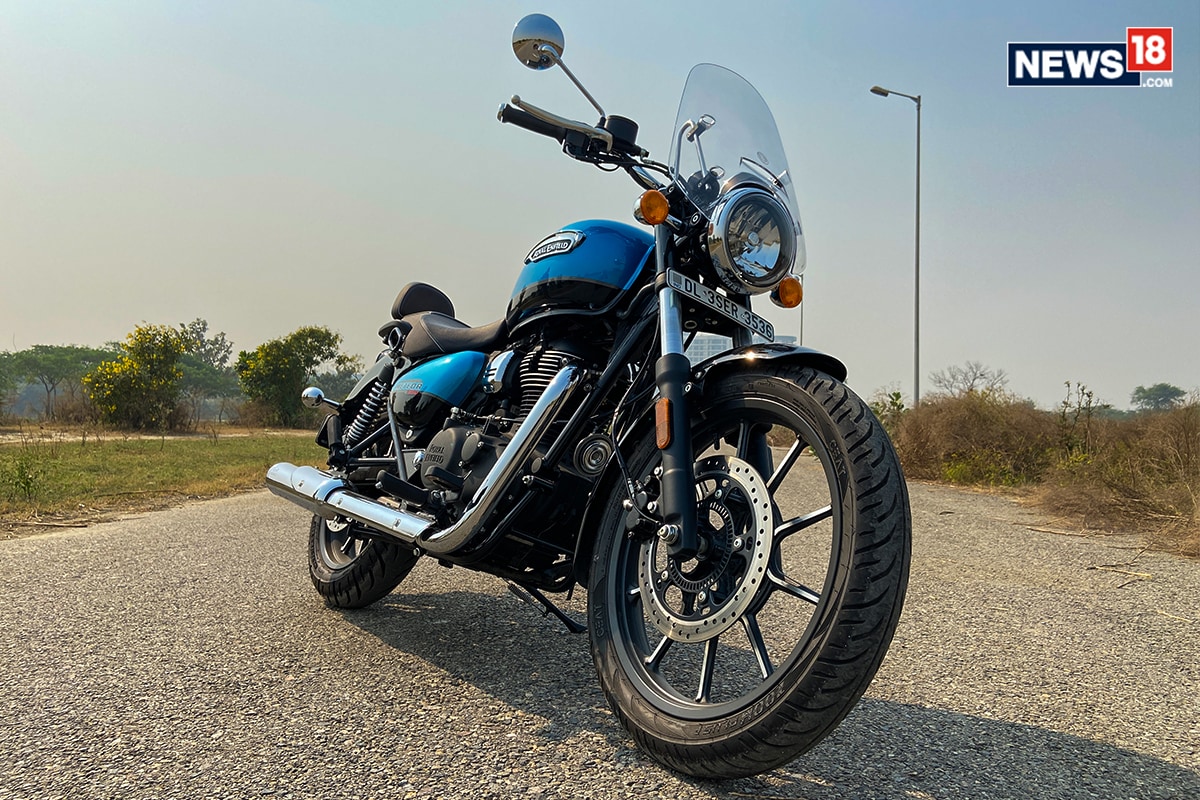 Our days of squinting at spy shots came to an end when Royal Enfield launched the Meteor 350 last year. The motorcycle is essentially touted as a successor of the Thunderbird but comes with all things new. For starters, Royal Enfield has built the motorcycle on a new platform and has graced it with a new engine that is a giant leap from its predecessor. The engine will also soon find its way into the next Classic 350 which only makes things better. The Meteor 350 is Royal Enfield’s efforts in addressing the refinement issues that plague its 350-cc offerings and boy have they done a good job.

The motorcycle is powered by a 349-cc single-cylinder engine that delivers 20.2bhp and 27Nm of torque. The Meteor is being offered in three variants which are distinguished by their paint options and a few other elements. Unlike its other 350-cc offerings, the Meteor scores handsomely in terms of modern features having elements like an LED DRL, USB Charging, LED taillight and a semi-digital instrument cluster that comes with Bluetooth connectivity and turn-by-turn navigation. Prices for the Meteor begins at Rs 1.76 lakh (ex-showroom) for the base Fireball variant and goes up to Rs 1.90 lakh (ex-showroom) for the Supernova variant. The Xtreme 160R is Hero’s first stab at the premium 160-cc segment. The current crowned position in the same segment is held by the TVS Apache Rtr 160. But it has to be said that Hero came with enough firepower on its side to make the rivalry a bit more interesting. The bike’s design is radical in Hero’s lingo and is a step away from what we usually see from the brand. It gets all-LED lights, a fully—digital instrument in terms of features. However, that is not its piece de resistance.

The motorcycle is powered by a 160cc, air-cooled engine that produces 15bhp at 8,500rpm and 14Nm at 6,500rpm. And while the figures might not be on par with its segment rivals, it manages to make up with a low kerb weight of a mere 138.5kg. This kind of power to weight ratio means that the motorcycle comes with fun by the bucket load with an acclaimed 0-100kmph time of just 4.2 seconds. This also means that the bike can be a dear companion for those tedious urban commutes being agile and easy to operate. Prices for the motorcycle begins at Rs 1.05 lakh (ex-showroom) for the front –disc variant and goes up to Rs 1.08 lakh (ex-showroom) for the double-disc variant. The Honda Hornet is another anticipated product we were waiting for in 2020. In its new avatar, the motorcycle sports a bigger engine that now displaces 184.4-cc. Its predecessor, the Hornet 160R was one of the highest-selling motorcycles for Honda and the new one carries forward the design ethos. It gets cleaner lines and has more bulk that makes it quite appealing. Also, we cannot miss out on the golden upside-down forks that give the motorcycle a premium appeal. There are other premium bits like the LCD instrument cluster, LED lighting and also some practical features like hazard switch. The TVS Apache RTR 200 4V is among the most sensible options in the 200-cc segment in India. After its switch to the new emission norms, TVS gave the Apache 200 another update. The bike followed its elder sibling, the RR310 in getting riding modes which are highly unlikely for the segment. The modes include Rain, Road, and Sport which can be selected via a dedicated button on the switchgear. Notably, each mode changes the amount of ABS intervention, power delivery, and throttle response. The top speed also varies depending on the selected mode.

The same update also gave the motorcycle new hardware. While the brake and clutch levers are three-step adjustable, the suspension setup is sourced from Showa and gets preload adjustability. In terms of powertrain, the Apache 200 continues to be powered by the same 197.75cc, single-cylinder, oil-cooled mill that churns out 20.2bhp and 16.8Nm while being mated to a five-speed gearbox with a slipper clutch. In addition to the aforementioned, the Apache 200 also gets a Bluetooth-enabled LCD cluster that has Bluetooth connectivity as standard.