Here’s the list of the top 5 SUVs launched in 2017 based on the nominations from the recently concluded Tech and Auto Awards.

News18.com, one of India’s top breaking news websites, held its annual marquee offering – The Tech and Auto Awards in New Delhi amidst the presence of industry veterans. One of the most notable and competitive categories in the 2017 Tech and Auto Awards was the SUV of the Year award, won by the Jeep Compass. Apart from Jeep Compass, there were four other SUVs too, which happened to be the best SUVs to launch in 2017. Here’s the list of the top 5 SUVs launched in 2017 and why were they inducted in the nominations (cars launched between 1st November 2016 – 31st October 2017 were considered). Jeep Compass did to FCA what Duster did to Renault in India – give a second life. Fiat Chrysler owned Jeep brand was looming under deep trouble with only two expensive products in kitty – Wrangler and Grand Cherokee SUVs. But as soon as Jeep announced their 1st Made-in-India product, the market started taking the brand seriously. Jeep Compass is a compact SUV, which is a hot-selling segment in India. Moreover, priced just a little over Rs 15 lakhs, the Compass perfectly caters to the growing urban SUV consumer, making it the 1st successful product from the house of FCA in a long-long time (or since Palio, we can say!). A surprise entry this year, the Volkswagen Tiguan is the company’s 1st SUV in India after many years. The Tiguan was again launched with urban consumers in mind, as the SUV offers best of comfort to the occupants, along with class leading safety features and comfort features like a panoramic sunroof. Priced north of Rs 27 Lakhs, the Tiguan however, loses its ground against the Toyota Fortuner and Ford Endeavour, because for the same price, one gets proper 7 seater off-roaders. However, customers from metro cities will dig the design and comfort of the VW Tiguan. 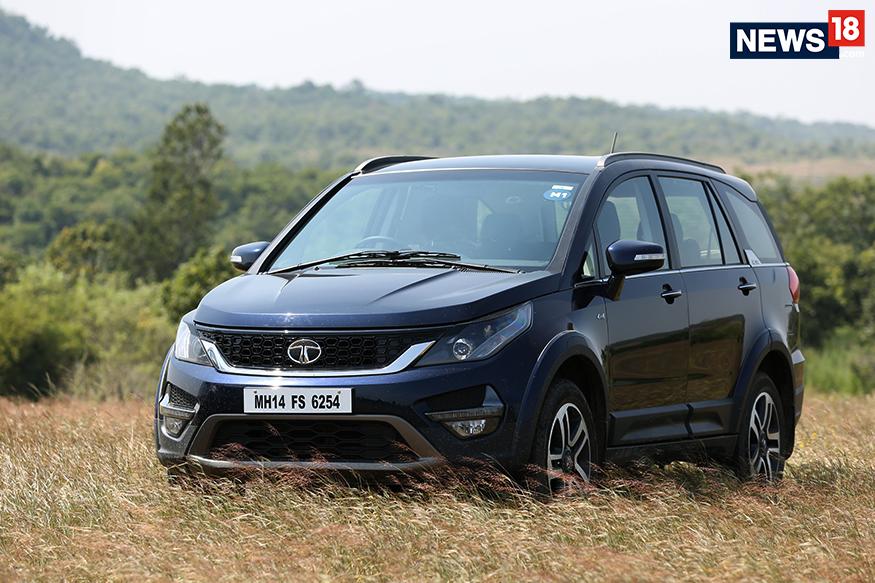 Tata has upped its game for the last couple of years and every new product out of their stable generates a lot of interest among the buyers. Tata has adopted a strategy to cater every segment in India, under their new IMPACT design language. Tiago for compact hatchback, Tigor for compact sedan, Nexon for compact SUV and Hexa for SUV – Tata has a candidate in each segment. As for the Hexa, it promises to be a comfortable 7-seater with 4*4 capabilities, automatic gearbox and plush interiors, all starting for just Rs 12 lakhs, making it a contender for SUV of the year. Yet another surprise entry this year is the standalone 7-seater SUV from Isuzu Motors in India – the mu-X. Based on the company’s 1st proper lifestyle pick-up truck in India – the D-Max V-Cross, the mu-X comes with an automatic gearbox, shift-by-fly 4*4 system and much more, at an affordable price tag of Rs 23 Lakhs. The biggest plus point of the SUV is the way it drives and handles, good enough points to include it in the top SUVs of 2017. But then, it is competing against the likes of Toyota Fortuner and Ford Endeavour. Last on our list of the immensely popular (or not so with the new model) – the Toyota Fortuner. Although some doubt the new design of the bulky SUV, which is not as intimidating as the previous gen model, which sold as hot cakes, the cabin has definitely taken a plunge into a new era. The new Toyota Fortuner is still a worthy buy for anyone looking for a big, bulky 7-seater SUV that can be taken for occasional off-roading. The good part is, Fortuner starts at only Rs 24 Lakhs for the base version, that goes all the way upwards of Rs 30 lakhs for top spec version.