How good it the Isuzu mu-X when compared to the segment leader Toyota Fortuner, we find in our comparison review?

The full-grown 7-seater SUV market is tailor made for India. SUVs like Toyota Fortuner has dominated the market for quite-a-long time now, with a minor challenge from Ford Endeavour in the past. While Ford has upped-its-ante and turned the game in its favor, it’s a discussion reserved for some other time. For now, we will discuss the rivalry between the all-new Fortuner and the Isuzu mu-X.

Toyota has given its Fortuner SUV a much needed update with a new cabin, added feature lists and a new design. Challenging the Fortuner is the 100 year old Japanese brand Isuzu, with the mu-X. How good it is when compared to the segment leader, we find in our Toyota Fortuner vs Isuzu mu-X comparison review.

The new Toyota Fortuner is nothing like the previous-gen model that dominated the full-grown SUV market for long. But it still retains its intimating persona, something which the Isuzu mu-X lacks in. The new Toyota Fortuner comes with a completely new front face, with a lot of chrome treatment through-out the face, including fog lamp enclosures and big grille. The headlights are sharper, as are the tail lamps. The side gets muscular square wheel arches and chunky set of wheels. Overall, the new Fortuner is more sharp, and dominating as compared to the previous model, as well as the Isuzu mu-X. Speaking of which, the Isuzu mu-X is the refreshed mu-7 SUV, but with a rehashed design. Like Fortuner, it also gets a lot of chrome treatment, especially on the front with a big chrome grille. The overall look is inspired from the company’s D-Max V-Cross pick-up truck and also from the Chevrolet Trailblazer. The rear gets the wrap around tail lights. Overall, the Isuzu mu-X is not as intimidating as the Fortuner, but has its own advantage as a more balanced looking SUV. Hop inside the cabin of the Toyota Fortuner and you are welcomed by a modern and feature loaded space. The dark themed cabin gets brownish leather on the seats, black soft touch leather on the dashboard and aluminum brush accents on the centre console, steering and door inserts. The cabin is nothing like the previous gen Fortuner and is also way too loaded when compared to the Isuzu mu-X. You get a touchscreen infotainment system, automatic climate control, steering mounted controls, and a lot of storage spaces, along with 3 full rows of seating. Safety wise, the Fortuner outruns the mu-X as it gets 7-airbags, hill assist control, ABS, and vehicle safety control among others. 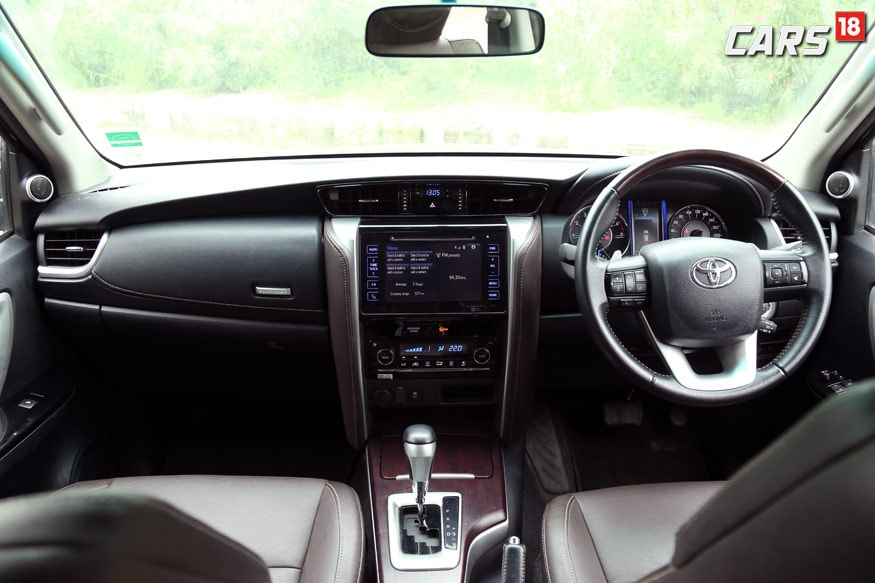 The Isuzu mu-X, on the other hand, has less features than the Fortuner and doesn’t feel as plush too. The beige leather on seats give the mu-X a sense of roominess, while the grey dashboard and piano black accents contrast the whole setup. It gets a 7” touch screen infotainment screen, which is not as good to use as the one on the Fortuner. There’s a rotary automatic climate control, and a 10” DVD screen for the rear passengers, which is a nice touch, along with the steering mounted controls. The mu-X also gets full 3 rows of seating, easily accommodating 7 adults. Overall, if you are someone who is a gadget freak and loves a plush cabin, mu-x may not be of your liking. Toyota Fortuner gets two set of engine – a 2.8-litre diesel unit with 177 PS and 420 Nm of output and a 2.7-litre petrol engine with 166 PS and 245 Nm output. There are 3 gearbox options to choose from – a 5 speed manual, a 6 speed manual and a 6 speed automatic unit. The diesel Fortuner is one of the most torque friendly SUVs in India and that’s pretty much evident by the way it performs on the road. There’s enough power on tap to outperform any car in traffic. The diesel unit is also the one that gets a 4-wheel drive system for off-roading. But without the 4WD too, the Fortuner is a competent off-roader with abilities to run on any surface without much hassle. The steering is on a heavier side and needs a lot of efforts, while the seats are comfortable enough for broken roads. The Isuzu mu-X, on the other hand, gets only a 3-litre turbocharged engine with 177 PS of output and 380 Nm of torque. On paper, the torque is a little less as compared to the Fortuner, and comes equipped with a 5-speed automatic gearbox. The engine makes a lot of sound while accelerating hard and the best way to enjoy this car is at cruising speed. The steering is light and makes it feel like a compact SUV. The ride quality is also on a softer side and helps mu-X have a plush ride. We got a 10 kmpl mileage from the mu-X. It also gets a ride by wire 4 wheel drive system that gives it the off-roading capabilities. 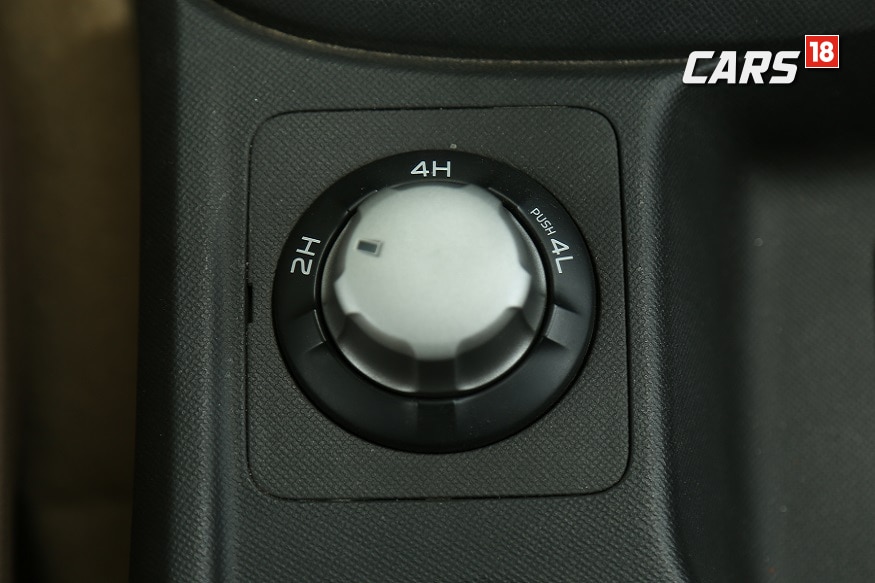 As pointed out earlier, Toyota Fortuner has always been the forerunner of dominating SUVs in India that excites the image conscious audience of India. With the new Fortuner in the town, Toyota promises better features, safety, cabin and sporty exteriors. However, it’s the Rs 25+ Lakh price tag that may displease some buyers. In comes the Isuzu mu-X that’s an affordable alternative to the Fortuner, retailing for just Rs 22 Lakhs. However, a less price tag means less equipment, only 1 engine option and not so exciting exteriors. In the end, it all comes down to the price vs dominance argument!