While Tata Nexon AMT with a diesel engine is a deadly combo for the city driving, we took it for a Delhi to Nainital drive to understand how good it is on the highway?

Two pedal technology, or as we call it – Automatic gearbox (which is actually wrong) is a big thing in the west. However, in India, the concept is in its very nascent stage and picking up a lot of interest among the buyers, partly because manufacturers are offering an AMT technology in budget cars, a more affordable solution to the regular Automatic Transmission. But more than the cost, it is the misconceptions that make people reluctant about buying a car with an AMT transmission. There are two major misconceptions when it comes to a car with an AMT gearbox a) will it climb the hill and b) will it be that good performer on the highway?

And so we decided to take a journey in an AMT car, that too a compact SUV – India’s fastest growing segment. We took the journey from Delhi to Nainital, one of the popular weekend getaway destinations for people living in Delhi-NCR and borrowed the newly launched Tata Nexon AMT from the manufacturer. Tata Nexon is one of the best-selling and most affordable compact SUVs that also offer an AMT gearbox in a diesel model, making it a deadly combo for the city driving. But how good is it on the highways, we find in our Delhi to Nainital travelogue! 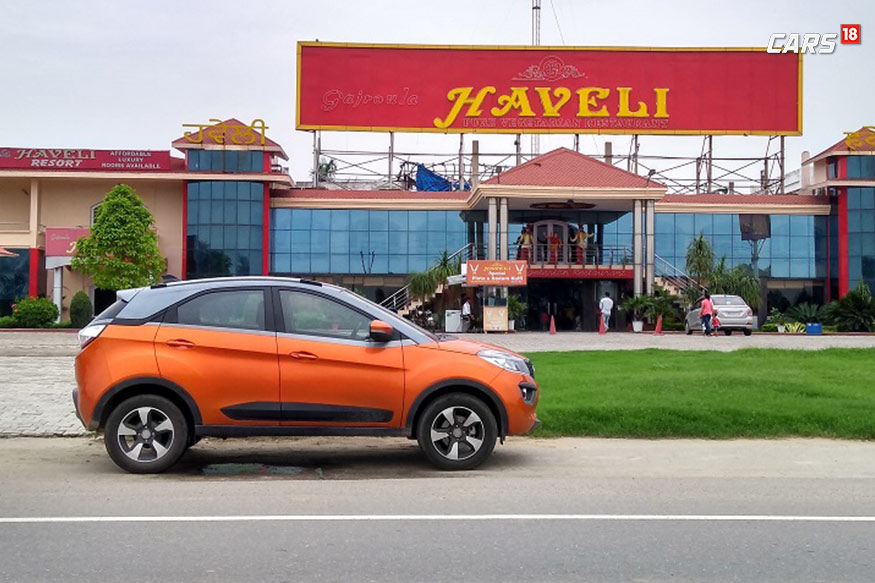 There are enough eateries throughout the highway. (Image: Arjit Garg/ News18.com)

Delhi to Nainital is a popular route for people looking to have an easy weekend getaway drive, without traveling more than 300km one side, which means you can reach your destination in 5-6 hours (depending on the time you leave). The route passes through NH24 in Ghaziabad and then bypassing Hapur and Garh, before leaving the highway from Moradabad and take the Nainital road. The distance from City centre to Nainital is 275 km, most of which is on a good highway.

While more than 150 km of the route is a beautifully laid 6-lane highway, the next 100 km is a 2 way road, but the tarmac is in good shape and the last 30 km offer some picturesque views on hairpin bends. There are a lot of eating options, right from popular fast food joints like KFC, Burger King to road-side dhabas like The Haveli, offering lip smacking Indian cuisine. Ample fuel stations, repair shops are available throughout the road. No great journey is complete without a great companion and no road-trip is complete without a great car. Because that is where you spend most of the time. Our idea was to take an AMT infused compact SUV on the hills to understand how good such a vehicle can perform. And so, our obvious choice was the Tata Nexon AMT, one of the most budget-friendly diesel engine powered compact SUV with an AMT gearbox.

The first thing that comes to your mind when you see the car in flesh is – ‘Different’. The SUV has eye catching design language, especially the Orange color unit we were driving. Once to step inside the cabin, you are welcomed by a fresh looking cabin with floating type dashtop mounted infotainment system, something we have seen in luxury cars. Not only the system looks good, but combined with Harman-Kardon audio system, it gives to a top notch multimedia experience. 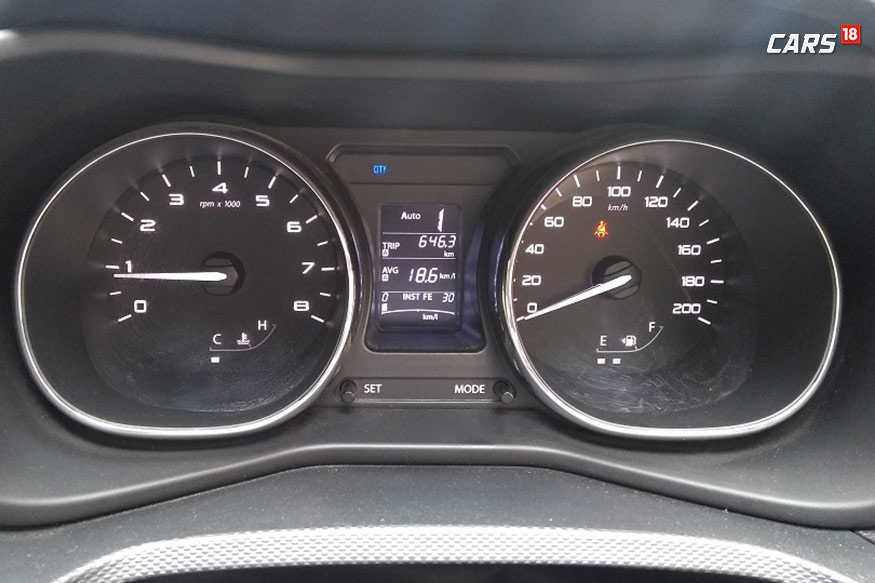 Then there are the minute details like the wide enough door pockets for 1-litre bottle, inclusion of a separate pocket for umbrellas, sliding tambour door on the central tunnel and cup holders inside the glovebox, that can be doubled up as a flat tray for keeping food and your favourite coffee. In fact the AC is very powerful, even in ECON mode.

As for the driving bit, the AMT gearbox is a bit sluggish, but easy to operate and doesn’t let you down no matter what stretch of road you are on. We received an overall mileage of 19 kmpl, which is very good for an SUV. The rotary drive mode with Sport mode gives and extra punch for highway drives. Also the NVH levels inside the cabin is negligible, that gives you an overall relaxed experience.

But everything is not hunky dory for the Tata Nexon, and certainly it’s not the perfect car. Like we found the seats to be a bit stiff, that can take a toll on your back over a long drive. Also, the plastic quality could have been better. That said, these were trivial issues that didn’t turn out to be a sore point in our journey. Nainital is known for its lakes and good food, along with some good views of the mountains. The surrounding area is also full of tourist spots offering breathtaking views of lakes, mountains and other key areas. Here are some of the activities and point of interests in Nainital and the area adjoining-

1) Naini Lake for boating and relaxing

2) Tiffin Top mountaintop for the panoramic view of the valley

3) Mall Road to have an evening stroll around the lake

5) Naini Peak, known as the highest peak in Nainital to have a panoramic video of lake and city. Things to Keep in Mind

While a road-trip to Nainital is a good option for a weekend getaway from your busy life in Delhi-NCR and to breathe some clean air, here are some quick points to make your journey even more memorable-

1) The NH24 is under construction from Ghaziabad to Hapur for about 50km stretch and it can take as much as 2 hours to cross it. So plan accordingly

3) If going from August – October, keep the Monsoon season in mind as Nainital can receive heavy rains blocking all the roads in and out

4) Lastly, there are many villages enroute and people on motorcycles, cycles and carts that cross the road abruptly at various intersections. Keep your speed in tab.