Triumph Daytona 675R Review: A Shotgun Among the Swords

The Triumph Daytona 675R is a 675cc sportbike that can give 1000cc motorcycles a run for their money.

Middleweight performance motorcycles are not as extreme and tricky to handle like litre-class Supersport bikes, making them a comparatively easier machine. But the trade-off is that you have to live with a relatively subtle performance levels. But what if there is a bike that offers the nimbleness and agility of a middleweight and yet delivers performance that can give 1000cc motorcycles a run for their money?

There is one motorcycle that claims to be exactly that – the Triumph Daytona 675R. We put it to the test.

One glance at the Daytona and you know that this bike is all about speed. Swooping front end with a rising rear-end, rear-set footpegs and a high seat, everything seems to be there for a purpose which evidently is to get maximum performance out of this machine.

The Daytona has a narrow, tightly packed body with everything sitting in between the wheels. This helps in keeping the centre of gravity low, which in turn, makes the bike agile in corners. There’s also plenty of carbon-fibre elements in the 675R, like the rear tyre hugger, front mudguard and the inside of the cockpit. There’s a bit of practicality too as the bike has proper grab rails at the back and the rear seat can actually support a pillion-rider. Although, it won’t be really comfortable as the bike is more suitable for just the rider.

The bike is powered by a 675cc in-line three-cylinder DOHC engine that manages the heat via liquid-cooling. Triumph combined the good old formula of wide bore/short stroke engine design which means the bike can rev all the way to 14,400 RPM. It delivers 117 horsepower and 70.2 Nm of torque, which is a lot given that the bike weighs a mere 167 kilos (dry).

Now all these figures are quick enough to make a bike fast, but Triumph wanted this to be faster and hence, you also get a Quickshifter which means you don’t have to pull in the clutch during upshifts. A Slipper Clutch so that you don’t have to worry about your rear tyre locking if you downshift too early. Switchable Anti-Lock Braking System (ABS) with race-mode for late intervention along with Pirelli SuperCorsa Tyres and Brembo Monobloc brakes which have all the bite and feedback you will need. 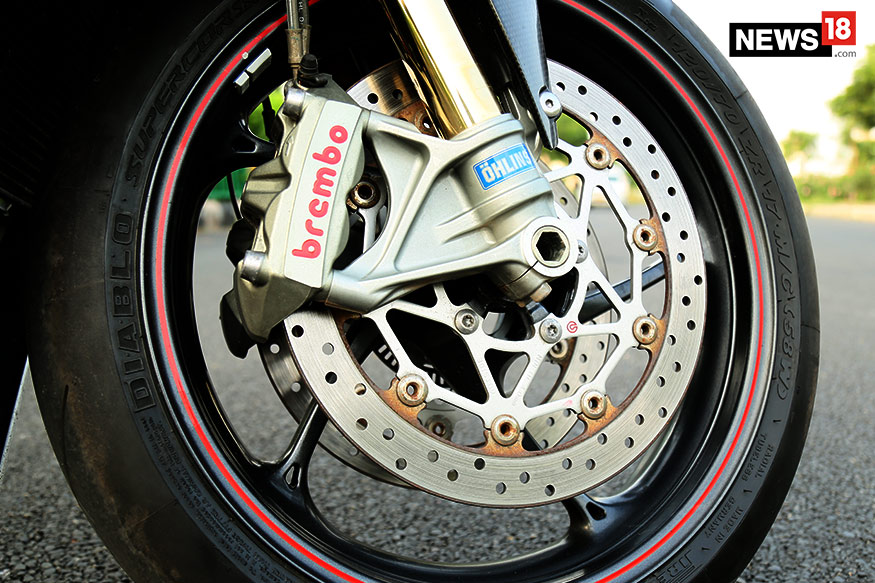 And to top it all, it has fully adjustable Ohlins suspension and the beautiful exhaust note when you give it the berries. All of this makes the bike very nimble and agile through corners and instils a great level of confidence in the rider.

The Daytona checks all the boxes in terms of performance but what could have been better was the instrument cluster, which gets a bit difficult to read during the daytime. Although it does display all the information you would need and also comes with a lap time recorder. 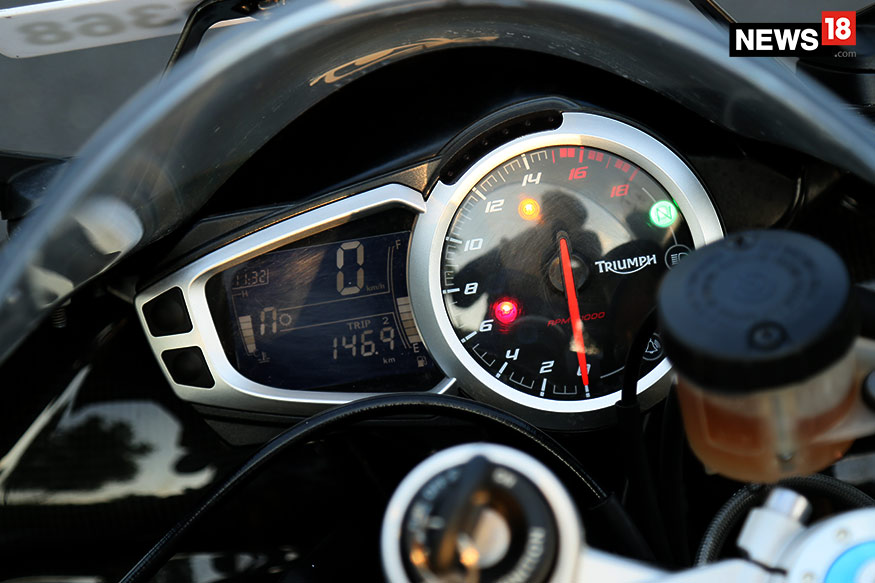 The bike’s riding position is also very sporty. It’s not exactly a negative but more like a characteristic of the motorcycle so keep in mind, that riding it every day could mean sore wrists. But after all, it is an all-out sportbike and as a result, this kind of a seating posture should be expected.

The Daytona 675R’s performance puts it in a league of its own and it’s hard to find a direct competitor to it. The Kawasaki Ninja 650 and the Honda CBR 650F have similar cubic capacity engines but don’t even come close in terms of performance. It won’t be wrong to say that the Triumph Daytona 675R is the king of the hill when it comes to performance middleweight motorcycles. It’s a ‘supersport’ in every sense and once you start riding it, you realise that the only limiting factor to this is really how skilled the rider is.

Priced at Rs 12.14 lakh (ex-showroom, Delhi), the 675R is a bit expensive but is worth every single buck, simply because of the level of rush and excitement it offers.

Manav Sinha Manav Sinha is Principal Correspondent with News18.com. He is passionate about automobiles and loves to talk about motorcycles, cars and everything in between.
Tags