At a price tag of Rs 9.46 lakh (ex-showroom), the Triumph Speed Twin is one of the most affordable 1200cc motorcycles that you can buy in India, and surprisingly, it is also one of the best.

What if I told you that there is a 1200cc motorcycle that costs less than Rs 10 lakh, has the punch for your weekend hooliganism and during the weekdays, it can take you to work too? Well, I have been riding the Triumph Speed Twin for the past few days and I believe, that this is exactly that motorcycle. Let me explain why.

Let’s start with the design. As you can see, it is very minimal as is the case with most retro-looking motorcycles, but it is when you look closer that you notice the great build and finish quality on the Speed Twin. Case in point, the brushed aluminium finish across several parts of the motorcycle especially on the front and rear fenders. Speaking of which, they are quite compact and the give the motorcycle a compact. Adding to the retro charm is the twin-rear shock setup, instead of a regular monoshock that is on almost every modern motorcycle, makes the Speed Twin look old school. The same is in the case with the twin, upswept exhausts which look great. 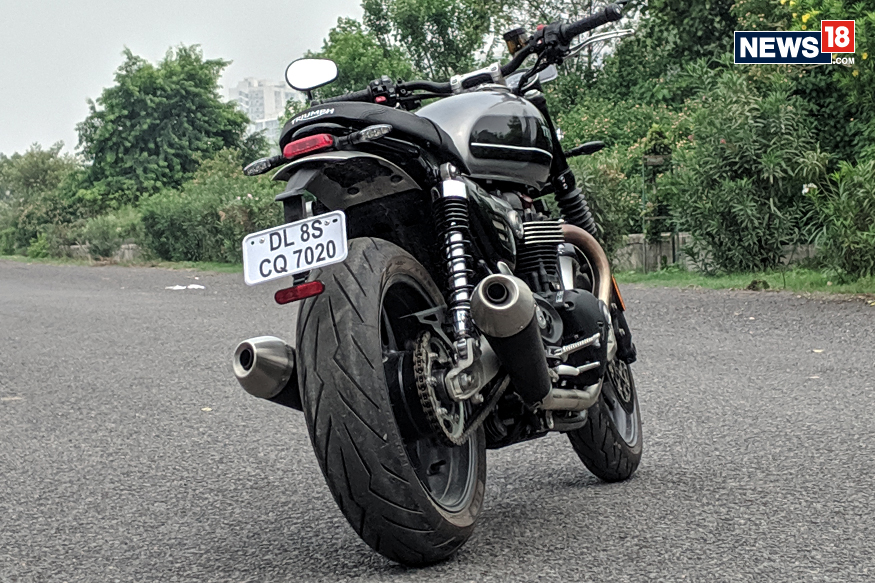 The modern bit comes from the all-LED lighting setup which looks nice, especially the daytime-running lights inside the headlamp cluster which have some detailing as well. And of course, it gets the bar-end mirrors which look absolutely fantastic but when it comes to real-world usage they can feel rather limited due to their positioning and size. Add to that the flat seat and 17-inch wheels front and back with a simple fuel tank design, and you have a motorcycle that looks classy and grows on you over time.

Then, the instrument cluster is a mix of digital and analogue readouts telling you pretty much everything there is to know while keeping things simple. But what’s really surprising is just how well everything is packed together which makes the motorcycle look and feel compact.

Now that we’re done talking about the design, I really have to sum it up by saying that this is a rather understated motorcycle. It really gels well in traffic and does not scream that “look at me, I’m a litre-class motorcycle,” and I really, really like that. But then again, that’s a subjective matter. 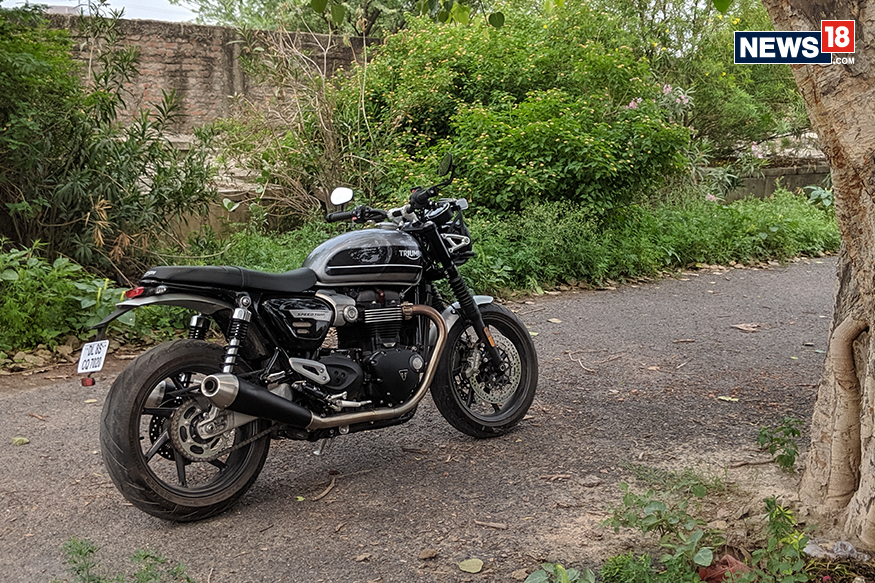 While looks are subjective, we love the fact that the Triumph Speed Twin does not scream for attention. (Photo: Manav Sinha/News18.com)

But what is the best thing about this motorcycle is the engine. If you want performance from it, it will give you loads of it. But, in case you don’t, kick it into sixth gear at 60 km/h and from there on, you can simply cruise on it.

What Triumph Motorcycles did was that they took the chassis from the much sportier Thruxton R and tweaked to suit the updated ergonomics, while fitting in the same engine in the exact same state of tune. As a result, what you have is a motorcycle that only marginally loses out on performance but more than makes up for it with relaxed riding ergonomics making it a lot more practical and useful in several riding scenarios. The engine makes 97 hp and 112 Nm of torque which is delivered in a very linear and progressive fashion and the engine is frankly, one of the most refined units that you can buy at this price. If we really had to nitpick, there are some vibrations in the footpegs but that’s nothing you would mind. The engine of the Triumph Speed Twin is one of the most refined units in this segment. (Photo: Manav Sinha/News18.com)

Triumph has also given a wider handlebar on the Speed Twin which makes you reach out for it only slightly but gives great leverage for manoeuvring through city traffic. On the highway, though, you would face wind bursts at high speeds and I wish there was some kind of wind protection on offer.

What I didn’t wish for was the grip from the tyres because there is just so much of it on offer. The Speed Twin wears the Diablo Rosso III’s which allows for great grip even when leaned over. Then, comes the brakes which have great feedback and bite, no complaints in that department.

Yes, the front suspension is not adjustable and the ones on the back can only be set for preload, but I never really felt the need to tinker around as I found the setup to be just fine for both city and highways. The front suspension on the Triumph Speed Twin is not adjustable but you won't feel the need to adjust it as it feels rightly set up. (Photo: Manav Sinha/News18.com)

When it comes to electronics, the Speed Twin gets ABS that is always on, switchable traction control and ride-by-wire which allows for three self-descriptive riding modes – Rain, Road and Sport.

Again, how it all comes together in a friendly, punchy and extremely refined manner is a great achievement by Triumph. We rode the motorcycle in possibly the worst scenarios that it could take on as it was Monsoon in Delhi. This means, traffic, broken roads, water-filled potholes and whatnot. Surprisingly, the Speed Twin not once felt out of place and that’s rarely the case with a motorcycle that houses a 1200cc motor. Yes, it gets a bit warm but then again, nothing uncomfortable. In short, the Speed Twin never leaves you asking for more unless you want a machine that is extreme at say, off-roading or race tracks. 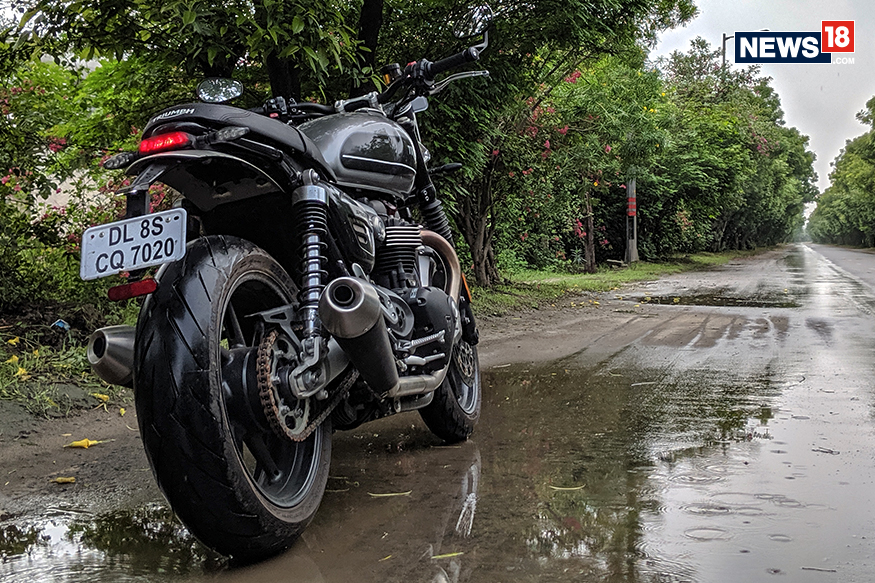 So to sum up the Triumph Speed Twin, well, at Rs 9.46 Lakh (ex-showroom), this is almost beyond belief that you are getting so much motorcycle for that amount of money. It is a mix of the Triumph T120 and the Thruxton R and honestly, it offers the best of both worlds when it comes to riding ergonomics as well as performance. So if you’re looking for a motorcycle that does pretty much of everything and can be ridden every day as well, then you can look at the Triumph Speed Twin.