We have compiled a comprehensive list of all the new car launches in India during the next couple of months.

With the festive season of 2018 just around the corner, India automakers are gearing up to launch important products to tap the auspicious period, when Indian buyers prefer to buy their vehicles. While every year this is the same trend, this time around, there are more launches than most of the previous years combined. From the popular comeback of the Hyundai Santro compact family hatchback to the new Ford Aspire compact sedan, there are at least a dozen products in offering during the festive season 2018. We have compiled a comprehensive list of all the new car launches in India during the next couple of months-

Ford India is all set to launch the updated Aspire with a new design and updated interiors on the 4th October in India. Ford has started accepting bookings for the latest version of its compact sedan at its authorized dealerships across the country. Customers can book a New Ford Aspire by paying Rs 11,000 at any Ford dealership. The new Ford Aspire will not be an extension of the Figo hatchback but will have a unique design of its own. The Aspire will also feature a floating dashtop infotainment system, 6 airbags and other premium features. 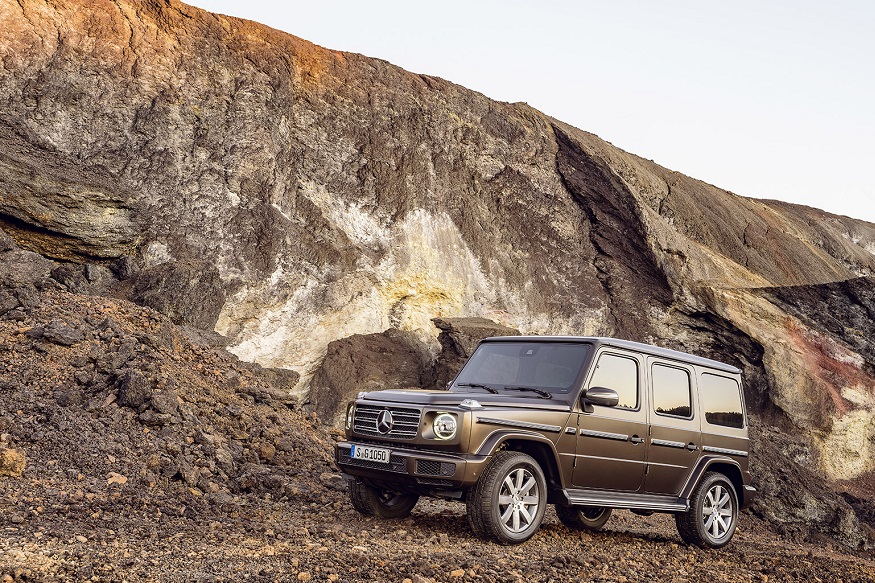 Mercedes-Benz India is known to launch as many products in a financial year in a bid to bring all the latest international products to India. While the German luxury car maker didn’t launch much products this year, with the festival season here, Mercedes has announced a slew of product launch, including the Mercedes-AMG new flagship SUV – the G63. It is powered by a new 4.0-litre twin-turbo V8 engine that makes 585hp and 850Nm of peak torque and has a weight of nearly 2500kg. However, it can still do 0-100kph in just 4.5 seconds. During the recent test drive of the all-new CR-V, we were quite impressed the way the new SUV looked and other India specific features. It now gets seven-seater option and it also gets a 120hp, 1.6-litre diesel engine option for the first time in India, mated to a new 9-speed automatic transmission with switch type gear selector. The new Honda CR-V will compete against the Hyundai Tucson and Volkswagen Tiguan. Indonesia was the first country to introduce the new Datsun GO hatchback and GO + MPV. And now, Datsun has announced to launch the vehicles in India, that will get Android Auto and Apple CarPlay. The model get minor styling updates and are equipped with a typical front grille of Datsun with hexagonal grille surrounded by chrome, now wider and more upright, making the new models look more sporty. New headlamps with a new design now feature LED daytime running light, while the outside rearview mirror added get indicator lights. The entire dashboard and instrument panel have been redesigned in the new model. The latest interior features two color combinations; black and beige for new Datsun GO +. Isuzu will unveil the refreshed MU-X SUV on October 16th with minor styling updates both inside and out, and other additions to the cabin. The engine options are likely to remain unchanged. The move is seen to counter the upcoming flagship Mahindra XUV700 (Y400) and also the popular duo of Toyota Fortuner and Ford Endeavour. Porsche will introduce the all-new, third-gen flagship SUV Cayenne on 17th October in India and will be available in three engine options – a 335hp, 3.0-litre V6 engine, a E-Hybrid 3.0-litre V6 along with a 14.1kWh battery that produces a combined 462hp, and the Cayenne Turbo powered by a 550hp, 4.0-litre twin-turbo, V8 petrol motor. The new Cayenne is heavily inspired from the Hyundai will finally launch the highly anticipated Hyundai Santro (AH2) compact hatchback in India on 23rd October, 2018, during the festive season. Hyundai has unveiled the first design renders of the upcoming family car and initiated a naming contest of the compact hatchback that will retain Santro moniker, along with a suffix. The upcoming car has already been spotted several times during testing. Reportedly, the new car will be placed between the Eon and Grand i10 and will compete against the giants of Maruti Suzuki Celerio, Maruti Suzuki Wagon R and Tata Tiago. Mahindra unveiled their new flagship SUV, the Y400, at their Annual General Meeting earlier and now will launch the SUV sometime this month. More commonly known as the XUV700, the launch of the all-new premium SUV has been confirmed to be after Diwali 2018. Mahindra has already launched the Marazzo MPV (Toyota Innova rival), while another compact SUV, which will go up against the likes of the Hyundai Creta will go on launch soon. The XUV700 is a rebadged version of the G4 SsangYong Rexton. Japanese automaker Suzuki recently unveiled its much anticipated second generation Ertiga MPV at the Indonesia International Motor Show 2018. The new-gen Ertiga will go on sale in the Indonesian market first, followed by other global markets including India. The new-gen Suzuki Ertiga is wider and longer than the current model. The model is also expected to have more legroom, especially in the third row. The wrap-around taillights, along with its Volvo inspired design gives it a very unique look. The 2018 Suzuki Ertiga will get an all-new 1.5-litre petrol engine from the K-Series family. The four-cylinder motor churns out 103 bhp @ 6000 rpm and 138 Nm of torque @ 4400 rpm. The 2018 Maruti Suzuki Ertiga will be offered in two new colours - Metallic Magma Grey and Pearl Glorious Brown, and will be offered in a total of seven colours.