Upcoming Cars Under Rs 10 Lakh to Launch in India in 2020 - Tata, Renault and More

We take a look at some of the best upcoming car launches that are expected to launch in 2020 and will be priced less than Rs 10 lakh.

The festive season is around the corner and despite market slowdown due to coronavirus lockdown, people are prepping to buy their dream vehicles during the auspicious time. The vehicle sales has been on a constant rise ever since lockdown is eased and automakers are expecting huge increase in the coming months. The cars below below Rs 10 Lakh is one segment where a lot of people park their money and is also the largest segment (price-wise) in India.

We take a look at some of the best upcoming car launches which will be priced less than Rs 10 lakh:

Kia Motors is gearing up for the launch of the its highly anticipated Sonet SUV. This is the third product from the house of South Korean maker who earlier launched Seltos and Carnival in the country. The Sonet compact SUV will go up against the likes of Maruti Suzuki Vitara Brezza, Tata Nexon and Hyundai Venue and will have multiple engine and gearbox options to cater a wide audience. The Sonet will also have many segment first features and is expected to be priced between Rs 7 to 11 Lakh.

This will be an all-new sub-4 meter SUV from the French car manufacturer. Codenamed HBC, the upcoming compact SUV is rumoured to be called the Renault Kiger. It will take on the likes of the Hyundai Venue, Tata Nexon, Ford EcoSport, Maruti Vitara Brezza and Kia Sonet. It will have a 1.0-litre, 3-cylinder turbocharged petrol engine producing 99 bhp and 160 Nm of torque. The expected price of this latest offering from Renault is between Rs 6.5 and 9 lakh.

Another SUV that has kept the auto market on toes is the upcoming all-new Mahindra Thar that is radically different from the older gen model. The all-new Mahindra Thar gets both hard and soft top options, a petrol engine for the first time along side a 6-speed Aisin-sourced auto gearbox, new cabin design with loads of features and much more. The launch of 2020 Mahindra Thar is scheduled on October 2 and is expected to be priced from Rs 8 to 12 Lakh. There will be AX and LX versions on offer. 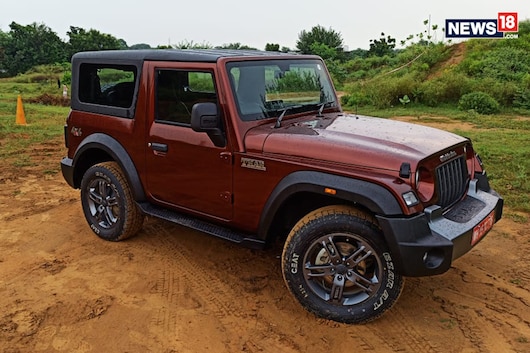 The Nissan Magnite is being seen as the second innings for the Japanese carmaker and this sub-4 meter compact SUV will go up in a highly competitive segment. It will be based on the CMF-A+ modular platform, which is also present in the Renault Triber and the upcoming HBC compact SUV. It will have the same 1.0-litre turbocharged petrol engine that powers the Kiger. The Magnite will be in the Rs 7 to 10 lakh bracket.

Tata Motors will enter the sub-compact SUV segment with the HBX (earlier known as Hornbill, H2X) offering by late 2020. The company had showcased the H2X micro SUV concept at the 2019 Geneva Motor Show. It will directly rival the likes of Mahindra KUV100 NXT and the Maruti Suzuki Ignis and is expected to be powered by 1.2-litre petrol engine already featured in Altroz. It is the expected that the price range will be Rs 5 to 8 lakh.

The India-specific model will be same as the global model, and will be equipped with several segment-first features. The new model will come with 3 engine options – a 118bhp, 1.0L turbocharged petrol, a 83bhp, 1.2-litre naturally-aspirated petrol and a 99bhp, 1.5-litre turbo-diesel. It is expected that the car will be launched in mid-2020 in the price range of Rs 6 to 11 lakh.