The images were reportedly clicked while the Verna was being put up for its upcoming world premiere at the upcoming Chengdu Motor Show in China.

Hyundai has been working round the clock on the updated version of the Verna since sometimes now. While a couple of weeks back reports had revealed the Hyundai Verna facelift without any camouflage for the first time. Now, the car has been clicked in its production form. According to images, one can see the upcoming C-segment sedan in its full glory. The images were reportedly clicked while the Verna was being put up for its upcoming world premiere at the upcoming Chengdu Motor Show in China. The show kicks off from September 6.

The front end of the car looks totally different from the current model, but the overall design is somewhat similar to other facelifted sedans by Hyundai including the new Sonata and the updated Elantra. Neither of these cars is available in the country right now. Visually, the big grille is now positioned lower and is broader than earlier. It also has thick satin chrome bars along with a Hyundai logo in the middle. Furthermore, the headlamps are much larger and more angular than the ones found in the current model. A somewhat similar edgy design is maintained over the bumper as well. 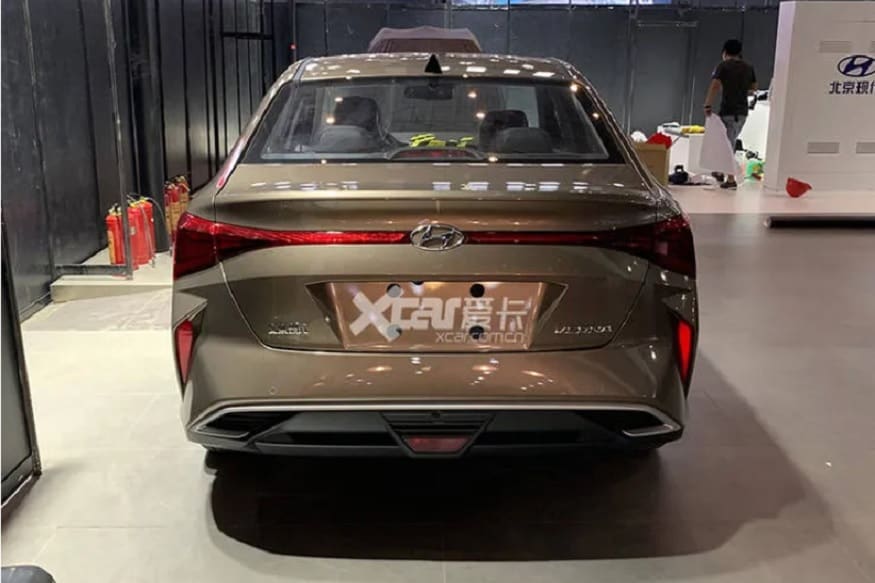 As per reports, lower variants may sport an all-black grill and will be less flashy. The report further adds that since Hyundai should spec the car decently as well and might have all-LED headlamps on the top-end variants. Notably, the car sees new stylish alloy wheels with Hyundai offering silver alloys on the lower end variants while the top-end variants will get diamond-cut dual-tone alloy. The rear end of the car gets similar tail lamps as on the current model but they are longer and a thin strip runs between both of them.

Notably, the boot design is all-new with the license-plate position shifted lower. The boot lid itself gets a slight kink towards the end. On the inside, the new facelifted Verna is expected to come with a larger touchscreen setup along with connected car features. According to reports, India-bound Hyundai Verna facelift models will get a new set of 1.5-litre petrol and diesel engine options. The engines will be BS6-compliant and will be used on the new generation Hyundai Creta as well apart from a few other new Hyundai models in India. The facelifted car is expected to launch in India by the second half of 2020.