Here is a list of top 5 SUVs that will be launched in India this year, including cars like Tata Buzzard, Hyundai Sub-Compact SUV, MG Hector and more. Hyundai showcased their smallest SUV concept called the Carlino at the Delhi Auto Expo 2016. Carlino's production version is underway, and that the company will roll it in the market in May 2019. Codenamed QXi, the sub-compact SUV will sit below the Creta and will rival the popular Maruti Suzuki Brezza and Ford EcoSport. It is not known yet how much of the Carlino's looks from the concept will remain in the production version. The concept has boxy styling cues which is quite a change for Hyundai, which so far stuck with Fluidic Sculpture 2.0 family design. There have been reports suggesting Hyundai will name it Stix. At the Auto Expo 2018, Kia Motors unveiled its SP Concept, an SUV designed and developed for the Indian market. It will be the first product from Kia to go on sale in the country in the second half of 2019. At the front, Kia SP concept gets a tiger nose grill which is seen in many Kia cars. The SP Concept's lamp design meets slims graphics and functionality through a top and bottom headlamp connected to a wide front grille. The DRLs in high-tech graphics and positioning lamps leading to front grille helps produce differentiated images during day/night. An all-new 1.5-litre diesel engine with BS6 compliance and other improvements could power the Kia SP Concept. The engine is said to have a power out of 115 hp and 250 Nm of torque.

Tata Motors will launch the 7-seater version of its Tata Harrier SUV, recently named Buzzard at the Geneva Motor Show. The car has been completely revealed by the company and is based on the IMPACT Design 2.0 philosophy, engineered on the new generation ‘Optimal Modular Efficient Global Advanced’ Architecture, which is derived from the legendary Land Rover D8 architecture and developed in collaboration with Jaguar Land Rover. It will be powered by the Harrier’s Kryotec 2.0 diesel engine that produces 140 PS of power and churns out 350 Nm of peak torque. The engine is mated to a 6-speed manual transmission, but Tata may add a 6-speed auto gearbox too. The car gets 3 engine drive modes – Eco, City and Sport that are married to ESP terrain response modes – Normal, Rough and Wet for taking on difficult terrains. 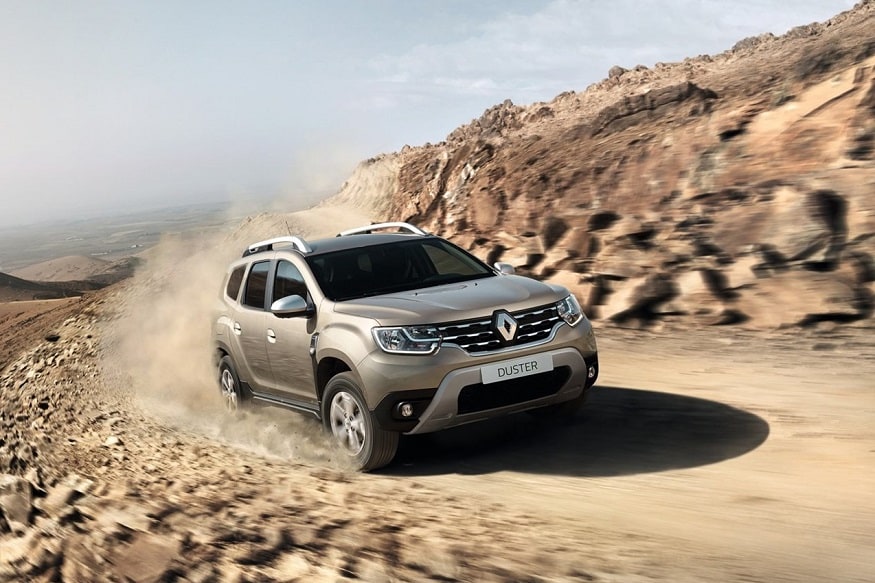 The Renault Duster proved immensely successful for the French automaker in India and they been selling the facelift of the previous generation Duster. However, it was in 2017 that Renault revealed the new generation Duster at the Frankfurt Motor Show. The new generation Duster will get a more upmarket look with a wider grille and repositioned headlights. The new Renault Duster will also get a silver skid plate on the front and rear bumper now. Inside the cabin, the Duster is expected to get added features and slightly different look, more inclined with Renault Captur, a premium SUV offering from the automaker. MG (Morris Garages) Motor India has announced the name of its much-awaited SUV: ‘Hector’, ahead of its market launch in the middle of this year. The name Hector draws inspiration from the noble qualities of the Trojan warrior hero – Prince Hector of Troy. Hector also pays homage to great British engineering tradition, as a nod to the Royal Hector biplane, used by the Royal Air Force in the 1930s. MG Hector will go into production in Q2 2019 at the company’s manufacturing facility in Halol, Gujarat. With over 75% localisation levels to begin with the company aims to enter the growing premium SUV segment with a best-in-class offering that sets a new benchmark in its segment. The carmaker had already started showcasing its global vehicles across 10 major cities in India to get closer to its prospective customers.