We recently drove the Nissan Leaf to understand what makes it so successful EV globally and why it can be a case study for the upcoming electric car makers in India.

While everyone in India has suddenly started to talk about electric cars, they have been in existence for over 2 decades now and leading the EV revolution globally is the Nissan Leaf, the most sold electric car ever with over 4,00,000 units sold till now. Nissan first introduced the Leaf in 2010 as their modern age electric car which is in its second generation now. Nissan Leaf is the world’s largest selling highway-capable electric car in the world, with the United States accounting for almost 30 per cent of the global sales and Japan being the next with almost 25 per cent of the global sales. While Nissan earlier deferred the plans to sell the first-generation Leaf in India, they are now planning to bring the second-gen model soon. Let’s have a look at the Leaf to understand what makes it so successful car globally and why it can be a case study for the upcoming electric car makers.

The biggest and crucial thing withholding people from going out in the market and buying EVs is the range anxiety. There’s always that fear of the battery running out of juice in the middle of nowhere and unlike the fuel pumps, you won’t find EV charges everywhere. So the solution is maximum battery range. The Nissan Leaf is offered with two powertrain options - one with a 40kWh battery system, having an EPA cycle range of 241km, and the other with a 62kWh battery with a range of 364km. We drove the 40kWh version, which will most likely come to India.

To reduce the range anxiety there are technologies like the regenerative braking that charges the battery every time you press the brake pedal and there’s also e-Pedal, that mimics the engine braking to enhance the regenerative braking, even if you are not pushing the brake lever. Nissan Leaf will most likely get two charging methods, one through a regular socket for charging the car while in transit and also a home mounted AC charger. These are apart from the DC charging stations you can see popping in cities everyday. 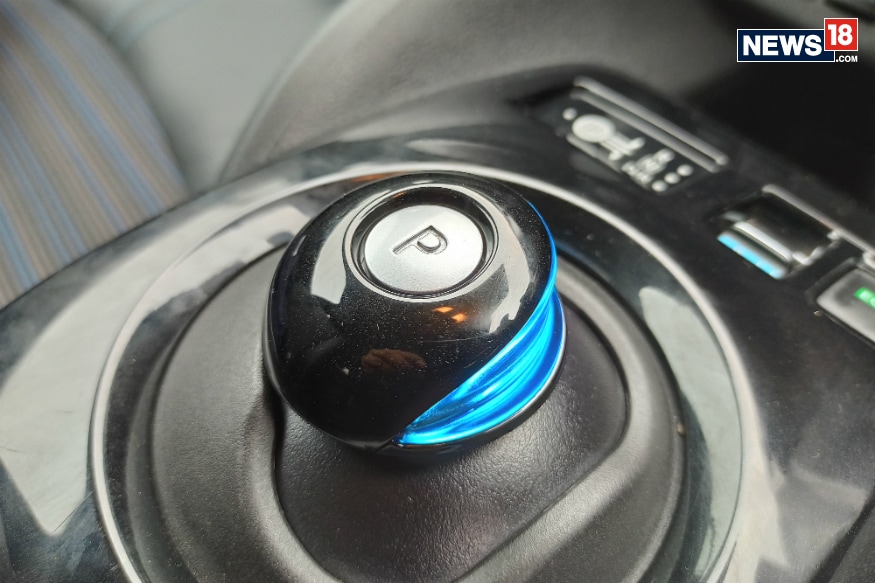 The Nissan Leaf is a car loaded with both comfort and safety features. The all-black dashboard features a touchscreen infotainment system, AC vents and a lot of buttons for a lot of functionalities. However, your eyes will be attracted to the gear selector, which is a joystick inspired blue coloured knob which is fun to operate. Then are features like surround sound system, climate control, heated and ventilated seats, with individual buttons for all. The reason being, every single functionality affects the mileage.

The seats are comfortable and there’s generous cabin space. Nissan will offer a fully loaded Leaf in India so expect safety features like six airbags, ABS with EBD, stability management among others. However, the unit we drove also had enhanced safety tech like PilotPro Parking, Emergency Braking. Also, Nissan might add full connectivity features apart from Apple Carplay and Android Auto to match the new age products, which means remote car diagnosis, remote cooling, Google Assistant and much more will be on offer.

The biggest USP of the Nissan Leaf is how regular it feels to drive and that’s probably the biggest elephant in the room that electric carmakers need to address. The Leaf has a 150hp motor and 320Nm of torque. Unlike claimed by many, the torque doesn’t feel out of the equation. The Leaf does a 0-100 kmph dash in 7.9 sec. Although it weighs 1.5 tonne due to the floor placed battery pack, the light steering makes it fun to drive in the city and planted enough for highway drives. The suspension setup is good for the Indian road conditions despite it being an international spec car. 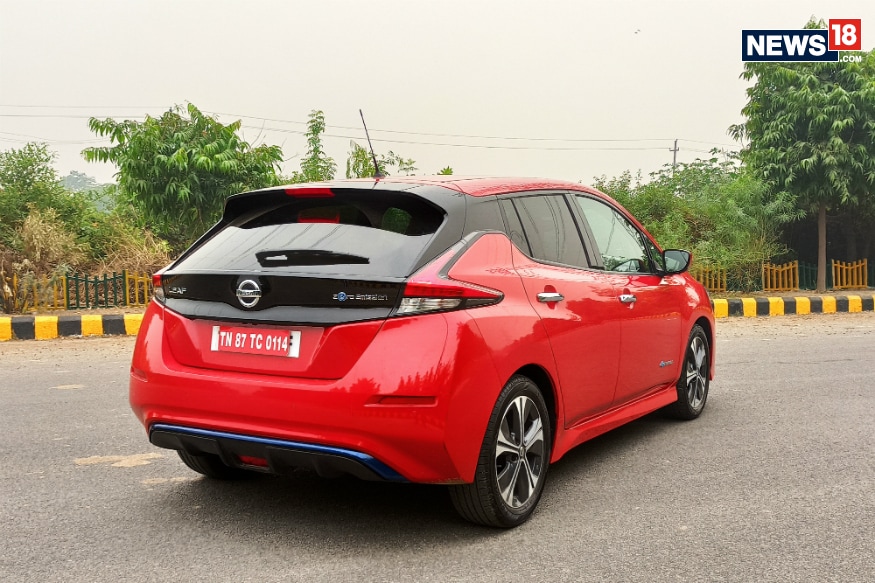 The red-coloured Nissan Leaf we drove stands out in the crowd and we saw a lot of head rolling to check the car out. It has a wedge-shaped design and there’s no grille but a black panel with a large inverted chrome lining. The headlights look neat and the floating roof adds to the length, which stands at 4.5 metres. The rear section is completely blacked-out with a blue-coloured lining defining the electric drive. It’s not a proportionate looking car but definitely is futuristic.

Lastly the big question, what about the pricing? Nissan Leaf is priced at $29,990 (ex-showroom, starting), which is well below the average EV prices. As for the Indian market, there were reports suggesting Nissan Leaf would be priced around Rs 40 lakh (ex-showroom) as it will be imported. However, Hyundai recently rolled out the Kona EV with 450+ km range in under that too under Rs 25 lakh, and it’s an SUV too. With the upcoming Tata Nexon Electric and MG ZS Electric, Nissan will have to play their pricing card carefully. Anything above Rs 20 lakh for a 250 km battery range would kill the product. We expect Nissan to price the Leaf near Rs 17 lakh.