The author says that the story of Rekha’s love life trumped her career and the same holds true for this biography.

These lines by Shahryar from Umrao Jaan (1981), a role that Rekha will always be remembered for, also reflects the life story of the actress who evolved from Bhanurekha Ganeshan to “Lady Amitabh”.

Rekha is generally thought of being an enigma and the title of the Yaseer Usman’s biography of her also plays on that belief. But that’s not the Rekha of the past - the outspoken, brash and carefree teen who came to Bombay from Madras and ensured a steady flow of sensational headlines. And then, they stopped. We no longer know Rekha from what she says, we now only interpret her public appearances.

Rekha is a “victim of the industry's sexist hypocrisy”

Notwithstanding the title, Rekha: The Untold Story has only very little of what is not already known to a Bollywood buff.

Rekha has been a “victim of the industry's sexist hypocrisy” and the author says he faced an “odd reluctance” from the people he interviewed in speaking about her. This means that much of what we read in the book has been woven together from decades of articles and interviews and packaged into 205 pages of engrossing reading.

While Rekha herself couldn’t be interviewed for this book, quotes from her numerous interviews are enough fodder for the reader.

The author says that the story of Rekha’s love life trumped her career and the same holds true for this biography. You just can’t miss the overbearing presence of Amitabh Bachchan in most parts of the book and it all culminates in a climax in the final chapter- much like how it happens in the movies. 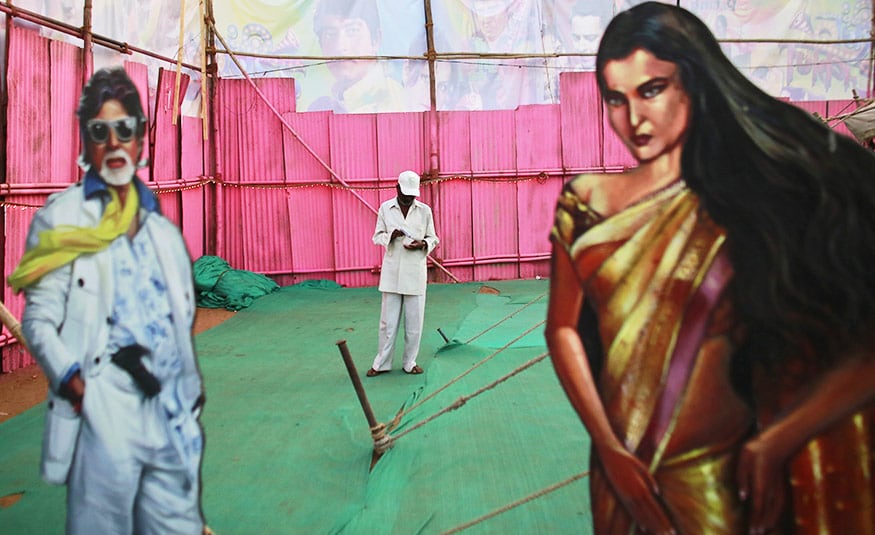 The book also makes it a point to regularly rub in Bachchan’s stoic silence all through the years, and a number of chapters end with the same sentence, “Amitabh Bachchan never officially commented on this”. Until finally he does.

Over her career Rekha reinvented herself multiple times and she has publicly acknowledged the Bachchan's influence in reshaping her. She earned the title of "Lady Amitabh" late in her career, not because of her alleged romantic association with the superstar, but for for her action hits.

Rekha: The Untold Story is actually the Rekha story re-told but all the material at one place together helps the reader make more sense of the actress who went through numerous ups and downs and whose resplendent presence still make the cameras zoom in. Soumyadip Choudhury aka Somu aka Chaiwallah is an internet addict...Read More