Nothing Wrong with Imports But Why are Ganesha Idols Brought in from China, Questions FM Sitharaman

Importing raw materials that were not available in the country and needed for our industries was not wrong, shesaid addressing the BJP's Tamil Nadu unit workers via a virtual link.

Finance Minister Nirmala Sitharaman said on Thursday there was nothing wrong in imports to spur growth but wondered why even Ganesha idols should be bought from China.

Importing raw materials that were not available in the country and needed for our industries was not wrong, shesaid addressing the BJP's Tamil Nadu unit workers via a virtual link.

"There is nothing wrong in imports that would spur production and create job opportunities and it can be done definitely," she said while speaking on the Centre's Aatmanirbhar Bharat Abhiyaan initiative. 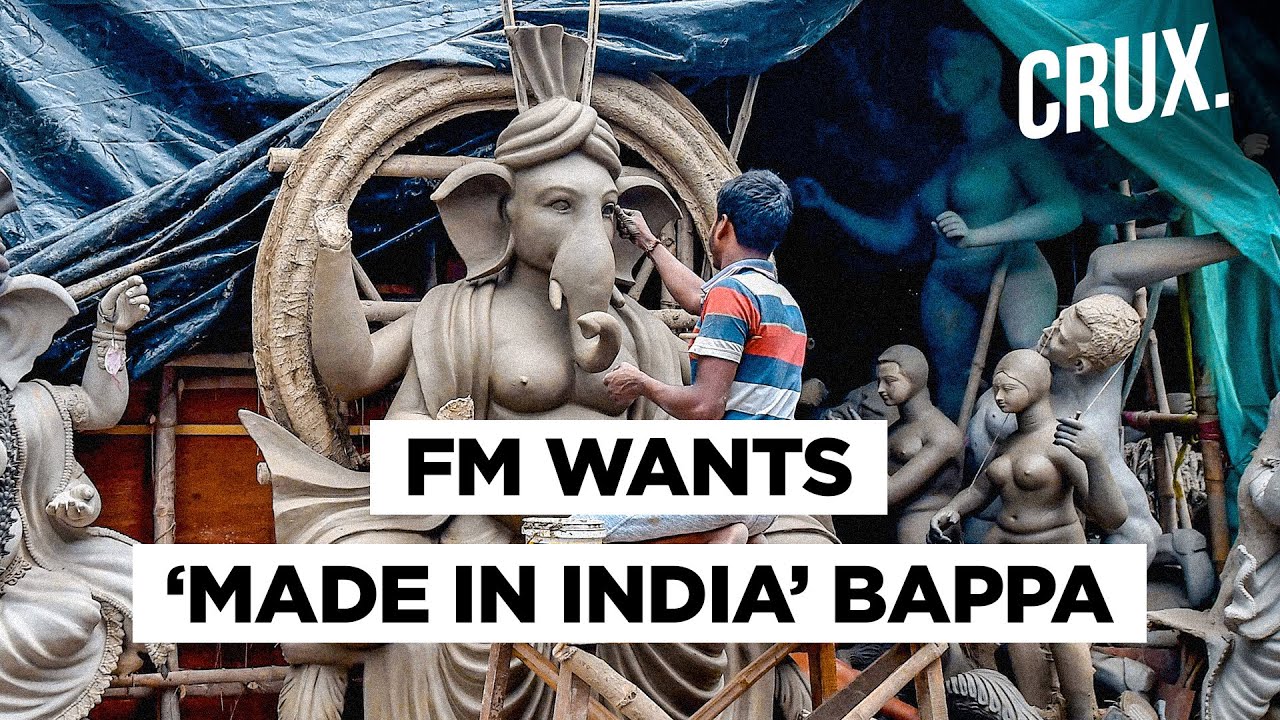 However, imports that could not bring benefits like employment opportunities and support growth would not help self-reliance and the Indian economy, she said.

Ganesha idols made of clay have been traditionally bought from the local potters during Ganesh Chaturthi festival every year, she said.

"But today, why even Ganesha idols are imported from China..why such a situation...can't we make a Ganesha idol from clay, is it the situation?" she asked.

She wondered if importing household products used everyday like a soap-box, plastic items or incense sticks used for pooja purposes would support self-reliance especially when such products were made locally by Indian firms and Micro, Small and Medium Enterprises.

Such a situation of importing things that are locally made and available should change and self-reliance is the basic idea behind the Aatmanirbhar Abhiyan, she said.

Self-reliance was practised in India for long, but it faded subsequently and now the Abhiyan initiative stood for local manufacturing, she said.

"Self-reliant India (Aatmanirbhar Bharat Abhiyaan) does not mean that imports should not be done at all.

For industrial growth and creation of job opportunities here you may please do whatever imports that are needed.

In her speech in Tamil, she referred to Prime Minister Narendra Modi as "Modi Ayya (sir)," and listed out the "achievements" of the government in the past one year after her party returned to power at the Centre.

She praised the valour of Havildar K Palani from Tamil Nadu who was among the 20 soldiers killed in a clash with Chinese troops at Ladakh on June 15.