The GDP contraction in the April-June period of FY21 was the largest slump on record since India started reporting quarterly data in 1996.

India has officially entered a phase of recession, with GDP data released on Monday showing a collapse of 23.9 per cent of gross domestic product in the second quarter, as the Indian economy was weighed down by the coronavirus pandemic and the severest of lockdowns that led to halt in business activities and a sharp fall in consumer demand.

The National Statistical Office (NSO) said GDP contraction in the April-June period of FY21 was the largest slump on record since India started reporting quarterly data in 1996. The fall in output compares to 3.1 per cent growth in the previous quarter, which was the worst performance in at least eight years.

India has reported over 36 lakh cases of the novel coronavirus and over 64,000 deaths – third behind only the United States and Brazil. Continuing restrictions on transport, educational institutions and restaurants – and weekly lockdowns in some states – have hit manufacturing, services and retail sales, while keeping millions of workers out of jobs.

India’s nationwide lockdown was imposed on March 25 and continued till the end of May, after which restrictions were gradually lifted from June. While April and May are considered washouts for most businesses, pent-up demand boosted consumption somewhat in June, though well below pre-Covid levels. 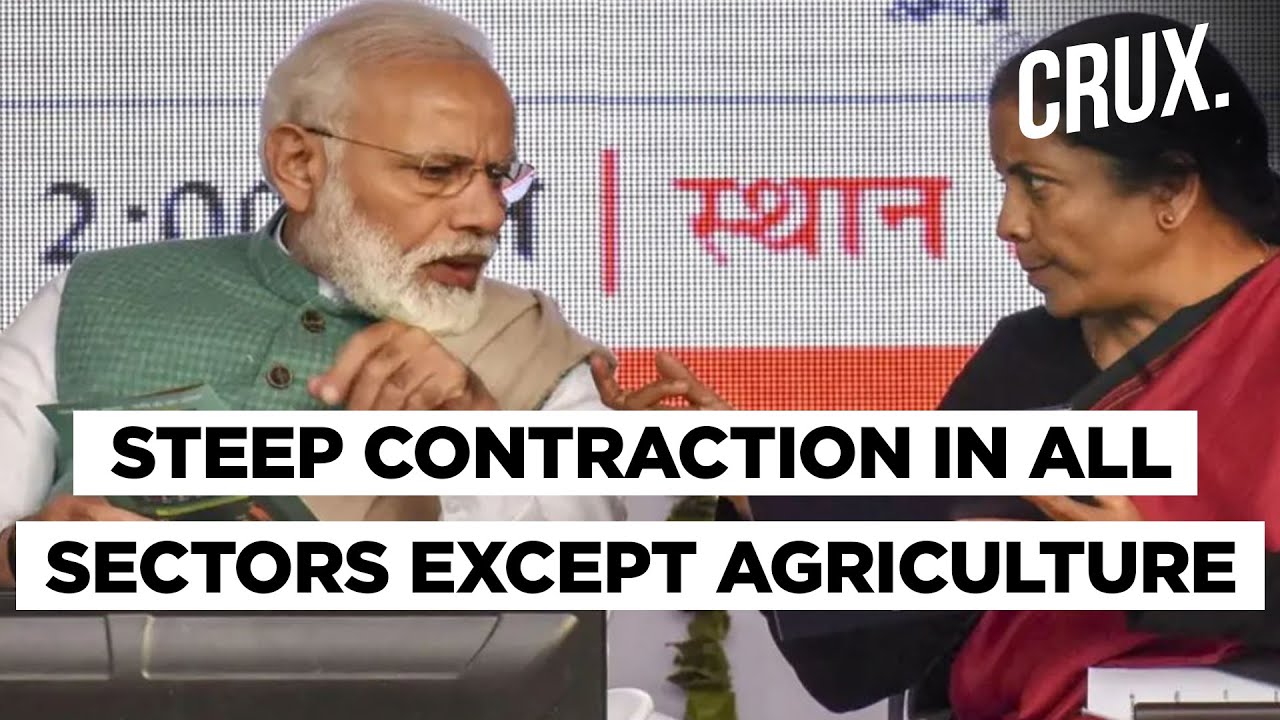 Economists polled by Reuters predicted a contraction of 8.1 per cent and 1.0 per cent in the September and December quarters respectively, which would dash any hopes of an economic recovery this year.

The record slump may be directly attributed to the unprecedented slowdown in the economy fuelled by coronavirus, although the slowdown precedes the pandemic. With a record 78,761 new cases added Sunday and total infected topping 35 lakh, India’s road to recovery appears a long and hard one.

This is the sharpest contraction since the nation started publishing quarterly figures in 1996, and is worse than any of the G20 nations.

Even before the pandemic struck, Asia’s third-largest economy was in the midst of a slowdown as a crisis in the shadow bank sector hurt new loans and took a toll on consumption, which accounts for close to 60 per cent of India’s GDP.

According to the Reserve Bank of India (RBI), transport services, hospitality, recreation and cultural activities are particularly affected. The shock to demand is so severe that “it will take quite some time to mend and regain the pre-Covid-19 momentum,” the RBI said in its annual report.

In India, the situation is made worse by limited fiscal support, leaving the onus on the central bank to provide the bulk of the stimulus. The RBI has cut interest rates by 115 basis points so far this year, boosted liquidity and transferred billions of rupees in dividends to the government. But with inflation above the central bank’s target, it’s probably reaching the end of its easing cycle, leaving little scope for more support.