The stage is set for the Noida twin tower demolition and people are evacuating the area already. The evacuation of around 5,000 residents of Emerald Court and ATS Village societies was scheduled to be completed by 7 am. A team of engineers have arrived at the demolition spot while a control room has also been set up.

Most of the residents have already moved out, many of them last evening itself, police officials overseeing the Read More

Noida police commissioner Alok Singh speaking exclusively to CNN-NEWS18, said: “I am right there at ground zero along with experts… we have taken abundant precaution… area completely evacuated… We are good to go now.”

Supertech Towers Demolition LIVE: Long-Term Benefits of Demolition Will be Seen in 3 Months

“We filed a petition in High Court in 2012. We’re very happy to have won this battle of 10 yrs. Long-term benefits of demolition will be seen in 3 months,” said UBS Teotia, RWA Pres, Emerald Court & petitioner in Twin Towers case, on the demolition of Supertech Twin Towers

Noida, UP | We filed a petition in High Court in 2012. We’re very happy to have won this battle of 10 yrs. Long-term benefits of demolition will be seen in 3 months: UBS Teotia, RWA Pres, Emerald Court & petitioner in Twin Towers case, on demolition of #SupertechTwinTowers pic.twitter.com/lZ102XC753

“The Supertech Twin Tower of Noida is a living proof of the policy of corruption and anarchy during the reign of Mr. Akhilesh Yadav and SP. Today the building of corruption of SP will collapse in the BJP government under the leadership of Chief Minister Shri Yogi Adityanath ji. This is justice, this is good governance,” tweeted UP Deputy CM Keshav Prasad Maurya.

The dust smoke is predicted to move towards, Gejja, Old Dadri road from the demolished site.

No signs of drizzle or rains today. While authorities have already evacuated around 5,000 resident of the two housing societies near the soon-to-be-demolished twin towers, authorities also have another mission – evacuation of dogs. Read more here

A bus carrying a team of engineers have arrived at the Noida Supertech twin towers demolition site to do a final cross-check.

Members of the neighbouring societies welcomed Emerald Court residents on Sunday, who were evacuated from the demolition site. 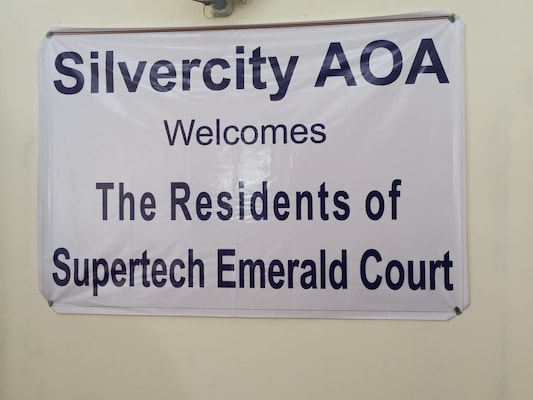 The Airports Authority of India and the Indian Air Force have been alerted about the cloud of dust that is likely to reach 300 metres above ground level and may take 10-15 minutes to settle. They have also been urged to take precautionary measures. 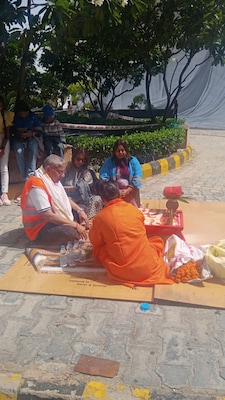 “Winds will blow from NW on Sunday August 28, at the time of Twin Tower Demolition. Dust may travel to UP initially but may change direction on 29 (August) blow from east. Threat to Delhi. Relief in sight as rain on 29 (August) can wash away pollution,” Mahesh Palawat, Vice-President of Skymet, a private weather forecasting agency, has said in a tweet.

The Supreme Court had on August 12 allowed an extended deadline of August 28 with a bandwidth of seven days until September 4 to demolish the 103-metre-tall twin towers — Apex and Ceyanne. However, the fixing of explosives was started from August 13 with a vision to maintain the previous deadline. Read here

One nautical mile of air space around the twin towers demolition site in Noida will remain briefly unavailable for flights on August 28, the Noida Authority has said. A nautical mile is equal to approximately 1.8 kilometres. Read here

Supertech Towers Demolition LIVE: Why the Twin Tower Demolition Will be Historic

While on the night before, the area seemed to turn into a selfie spot, today, as the countdown begins, people have started posting photos of the twin towers as visible from their own homes. See them here

All roads leading to the twin towers in Noida will remain diverted on Sunday while around 600 police officials, including traffic personnel, will be deployed for law and order duty. Police officials said they have issued an advisory and even Google maps will be updated for real-time traffic updates.

The Supertech twin towers, two 40-storey buildings, are located in Sector 93A of Noida and were set to be home to over 900 families, with a combined area of over 7.5 lakh sqft.

The closest buildings next to twin towers are Aster 2 and Aster 3 of Emerald Court society which are just nine metres away. The demolition would be done in a manner so as not to cause any structural damages to other buildings, as per officials.

evacuation exercise said around 7.15 am. “The evacuation is nearing completion,” an official said. Who built twin towers in Noida? The towers were constructed by realty firm Supertech Ltd.

While the residents, their vehicles and pets had to be moved out by 7 am, private security and other staff will also be removed from the two societies by 1 pm, the officials added. The demolition of the two illegally built towers is scheduled for 2.30 pm.

Meanwhile, authorities have constructed a ‘green corridor’ to prepare for any medical emergencies in the case of any mishap. Officials are conducting drills with ambulances in preparation of the demolition, sources said.

While the twin towers have remained out-of-bounds for the past several days, during which it was charged with 3,700 kg of explosive, locals thronged the site at midnight to take a final look at the structures before they are pulled down and consigned to chapters in history books. The excitement among children was palpable even as police and security personnel remained deployed at the site in Sector 93A since Saturday evening.

Why are Supertech twin towers being demolished? The structures, deemed unlawfully constructed by the Supreme Court, will be demolished at 2:30 pm on August 28, Sunday. Know the Reason Behind Noida Twin Towers’ Demolition and The Impact on News18.com

Read all the Latest Business News and Breaking News here